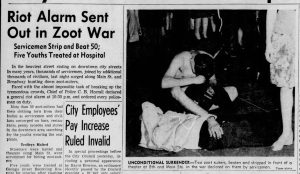 The Zoot Suit Riots were several days of racial conflict in the Los Angeles area in June 1943, predominantly between white U.S. servicemen and Mexican American youths. “Zoot suit” refers to a suit with a long jacket and tapered pants, popular among young Latinos at the time.

Leading up to the riots, racial tensions in Los Angeles, California, between whites and Latinos had been growing. Events like the Sleepy Lagoon murder in August 1942 increasingly led to Mexican Americans being perceived as a criminals by whites.

The racial tensions were stoked by the Los Angeles press, which portrayed Latino youths as gang members and delinquents. The zoot suits popular among young Latinos took on a racial connotation, which was aggravated by a wartime rationing on fabrics that led to the baggy suits being seen as unpatriotic during World War II.

Amid a series of escalating altercations between Latinos and servicemen, a large group of sailors came into Los Angeles on June 4, 1943, and attacked anyone wearing a zoot suit–apparently in retribution for a clash between some sailors and Latino youths the night before.

Violent clashes continued in the days that followed, and the Los Angeles police did little to stop the violence. Thousands of servicemen, off-duty police, and civilians attacked people of color, stripping them of their zoot suits and beating them. Although Mexican Americans were the primary victims, others groups such as Black and Filipino Americans were also harassed and beaten.

The clashes continued until June 8, when the military finally made Los Angeles off limits to servicemen and deployed military police.

After the riots, the Los Angeles mayor argued that they were not sparked by racism but by gang activity. However, a committee formed by the California governor identified racial prejudice as one of the causes of the riots.

Learn more about the Zoot Suit Riots through historical newspapers from our archives. Explore newspaper articles, headlines, images, and other primary sources below.

Articles and Clippings about the Zoot Suit Riots 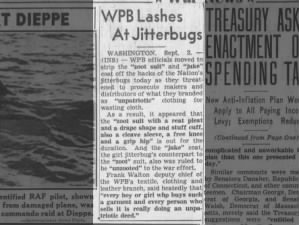 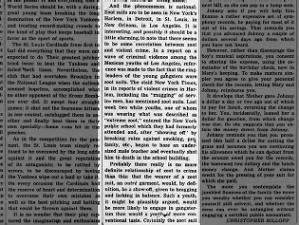 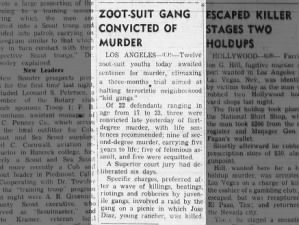 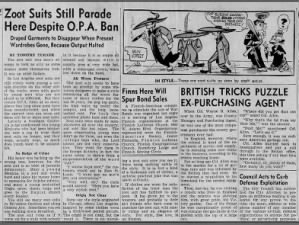 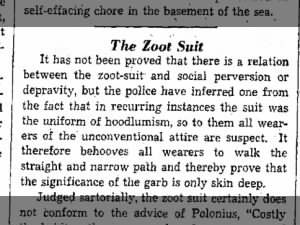 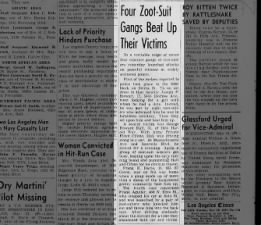 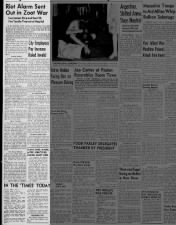 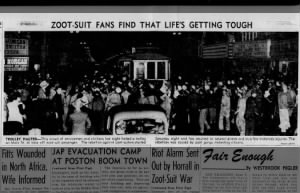 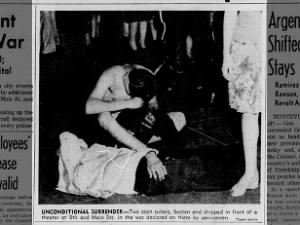 Photo of victims from the Zoot Suit Riots who were attacked by servicemen Tue, Jun 8, 1943 – 1 · The Los Angeles Times (Los Angeles, California) · Newspapers.com 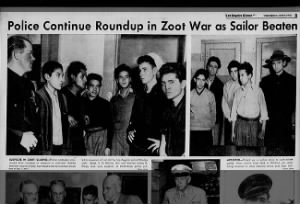 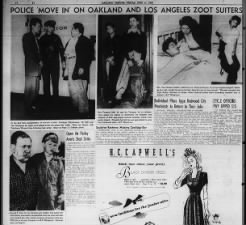 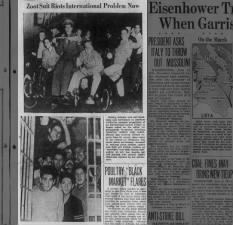 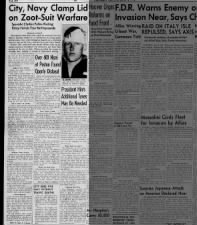 Violence begins to die down when sailors are restricted from LA and military police are deployed Wed, Jun 9, 1943 – 1 · The Los Angeles Times (Los Angeles, California) · Newspapers.com 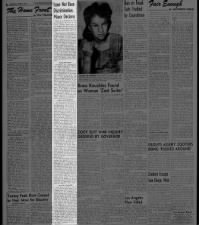 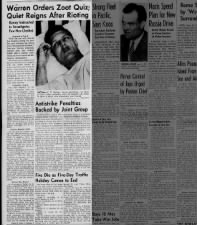 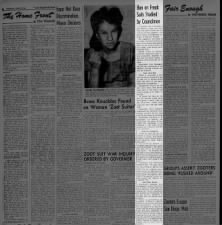 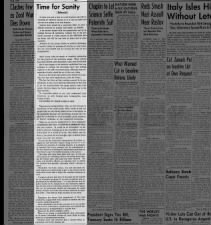 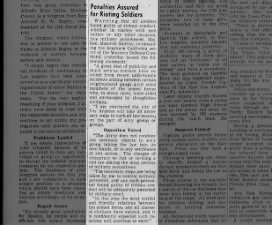 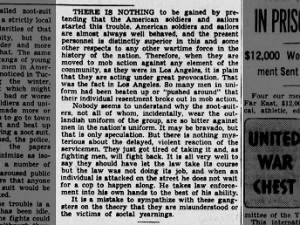 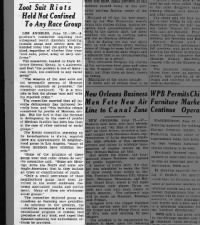 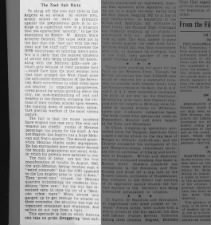 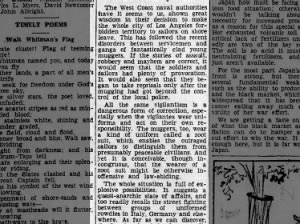 Excerpt from an editorial skeptical of the "vigilantism" practiced by servicemen during the riots Mon, Jun 14, 1943 – 4 · The Evening Sun (Hanover, Pennsylvania) · Newspapers.com 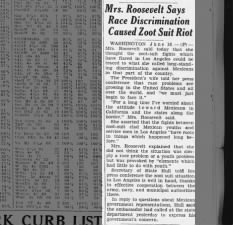 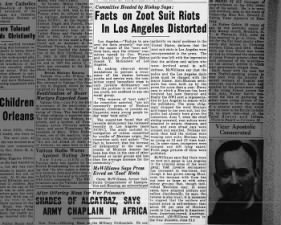