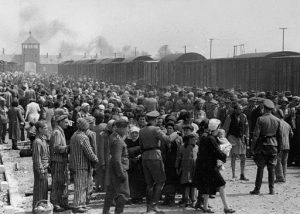 The Holocaust, also referred to as the Shoah, was a genocide during World War II in which Nazi Germany, aided by its collaborators, systematically murdered approximately 6 million European Jews, around two-thirds of the Jewish population of Europe, between 1941 and 1945. Jews were targeted for extermination as part of a larger event which involved the persecution and murder of other groups by the regime, including in particular the Roma, ethnic Poles, and “incurably sick”, as well as political opponents, homosexuals, Jehovah’s Witnesses, and Soviet prisoners of war. Wikipedia

Learn more about The Holocaust through historical newspapers from our archives. Explore newspaper articles, headlines, images, and other primary sources below.

Articles and Clippings about the Holocaust 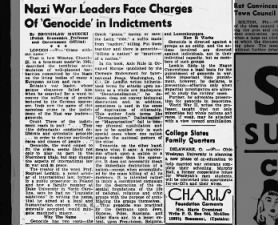 Definition of ‘genocide’ and how it relates to the actions of the Nazis during the Holocaust Sun, Dec 2, 1945 – 19 · The Monitor (McAllen, Texas) · Newspapers.com 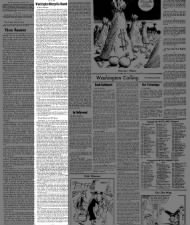 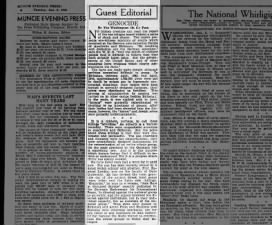 Genocide as a definition of the events at Auschwitz and Birkenau during the Holocaust Tue, Jan 2, 1945 – Page 4 · Muncie Evening Press (Muncie, Indiana) · Newspapers.com 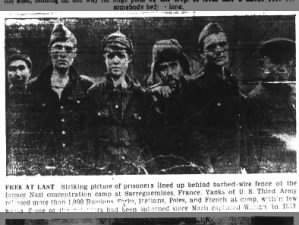 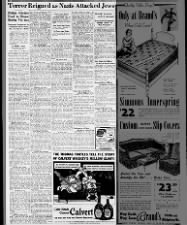 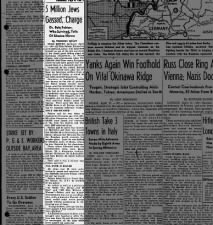 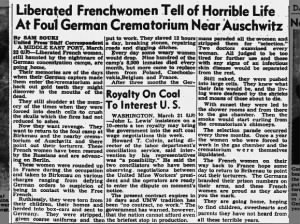 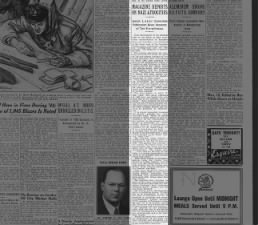 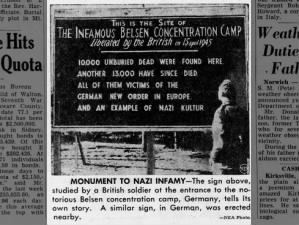 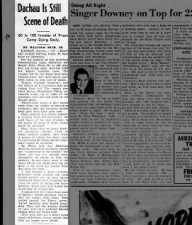 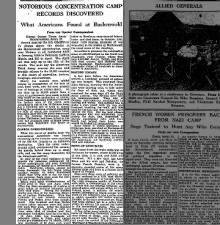 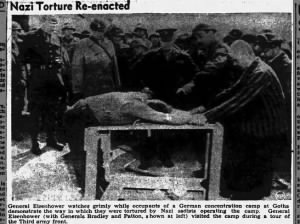