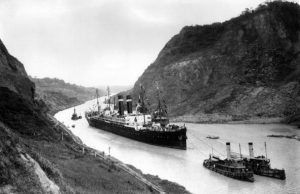 A ship sails through the Panama Canal in 1915

The Panama Canal is a 48-mile-long man-made waterway located in Central America. It connects the Atlantic and Pacific Oceans through a series of locks, channels, and artificial lakes.

The canal was begun by the French in the late 1800s, but that project ended in failure. It became the pet project of President Theodore Roosevelt, and American construction on the canal began in 1904. But progress was slow and dangerous, and the threat of diseases such as yellow fever and malaria terrified the workers.

However, in 1907, work on the Panama Canal finally began to take off. Yellow fever had largely been eradicated, living conditions had improved (mainly for whites), and the railways for removing dirt had been finished.

In January 1914, the first unofficial ship sailed through the canal from ocean to ocean, and on August 15, 1914, the canal officially opened. Its completion was a feat of engineering and highlighted America’s emergence as a major player on the world stage. The canal also reshaped world trade and travel by greatly reducing the time it takes for ships to cross between the Atlantic and Pacific.

The Panama Canal remained in American hands until December 31, 1999, when control was handed over to Panama. An expansion project was completed in 2016.

Learn more about the Panama Canal through historical newspapers from our archives. Explore newspaper articles, headlines, images, and other primary sources below.

Clippings about the Panama Canal 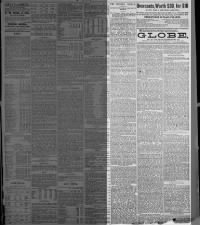 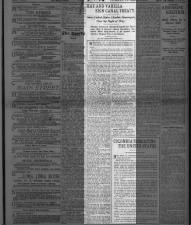 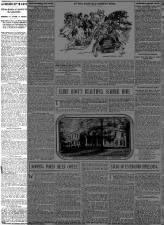 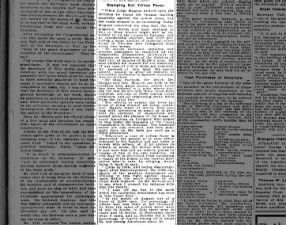 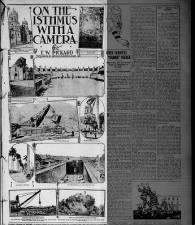 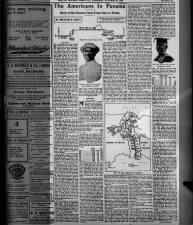 History of American involvement in the Panama Canal up to 1913, including deaths Thu, Oct 16, 1913 – 1 · The Bossier Banner (Bellevue, Louisiana) · Newspapers.com 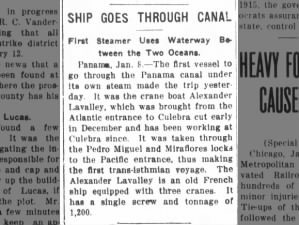 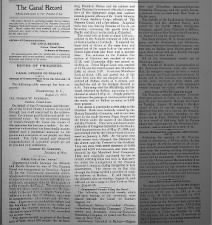 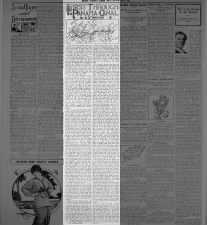 Description of what traveling through the Panama Canal is like Thu, Jul 10, 1913 – 6 · The Perry County Times (New Bloomfield, Pennsylvania) · Newspapers.com 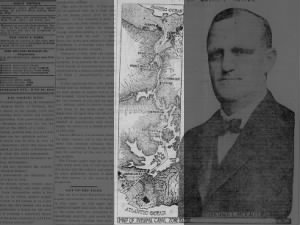 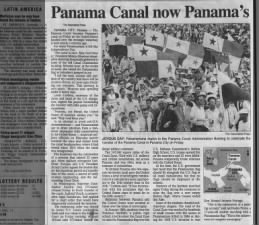 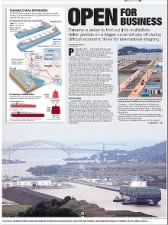