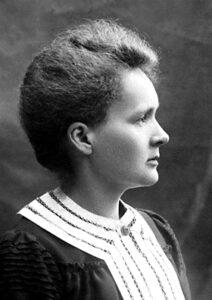 Curie was born Maria Sklodowska in 1867 in Warsaw, Poland. There, she attended the clandestine “flying” (or “floating”) university, as women were not allowed in Polish universities at the time. She worked as a governess for a time until she could afford to move to France in 1891 to further her education.

She studied at the University of Paris (the Sorbonne), earning a degree in physics in 1893 and in mathematics in 1894. She earned her doctorate of science in 1903.

Marie married French physicist Pierre Curie in 1895, and the two worked jointly on projects as well as conducting their own research. Marie and Pierre had two daughters, Irene (born 1897) and Eve (born 1904).

In 1898, Marie’s research into uranium led to her discovery of the elements polonium (named after her native Poland) and radium. In 1903, Marie and Pierre (along with another researcher, Henri Becquerel) were jointly awarded the Nobel Prize in physics for their research into radioactivity.

After Pierre’s death in an accident in 1906, Marie was given his position at the University of Paris, making her the school’s first woman professor. In 1911, Marie Curie was awarded her second Nobel Prize, this time in chemistry.

During World War I, Curie developed mobile x-ray units (referred to as “petites Curies”) to help diagnose battlefield injuries. In 1922, she became a member of the venerated French Academy of Medicine. Her later career was largely dedicated to researching the medical uses of radiation, and she saw the creation of the Curie Institutes in Paris (1920) and in Warsaw (1932).

Marie Curie passed away from aplastic anemia in 1934 in France at age 66, likely as a result of her frequent exposure to radiation. Curie and her work were extremely famous both during her lifetime and after. In 1995, her remains, as well as those of her husband, were enshrined in the Pantheon in Paris.

Learn more about Marie Curie through historical newspapers from our archives. Explore newspaper articles, headlines, images, and other primary sources below.

Articles and Clippings about Marie Curie 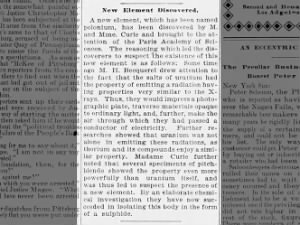 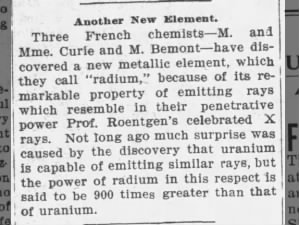 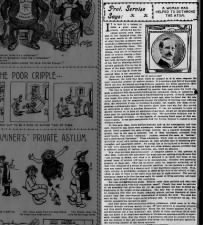 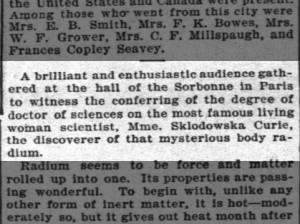 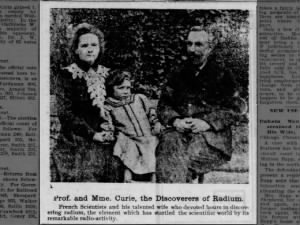 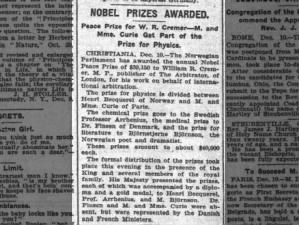 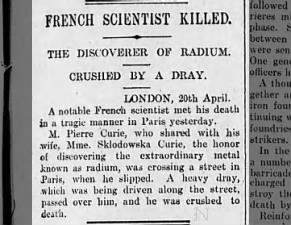 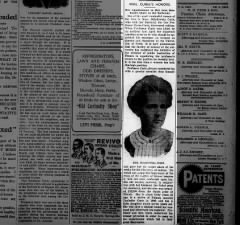 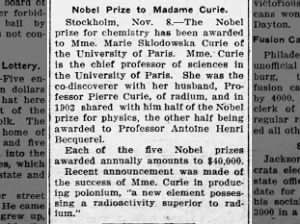 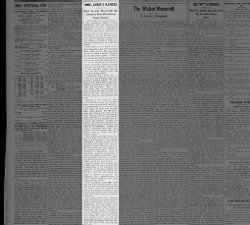 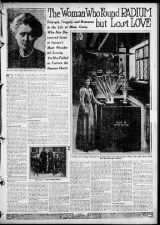 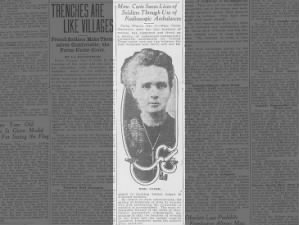 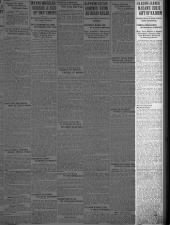 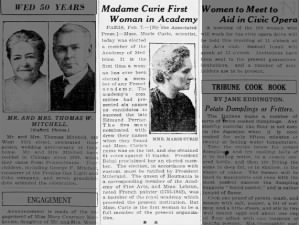 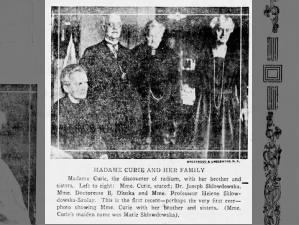 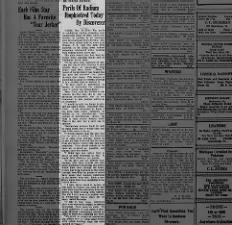 Marie Curie comments on poisoning of the "Radium Girls" in 1928 article Mon, May 28, 1928 – Page 4 · The Daily Notes (Canonsburg, Pennsylvania) · Newspapers.com 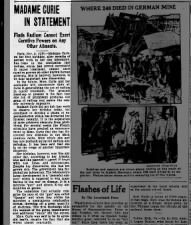 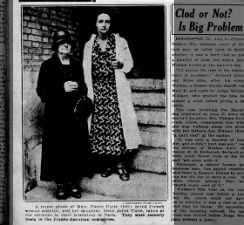 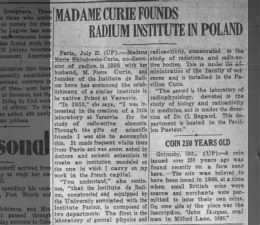 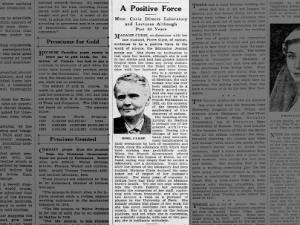 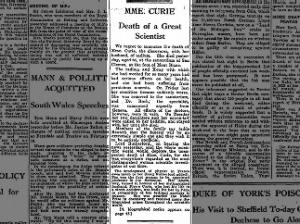 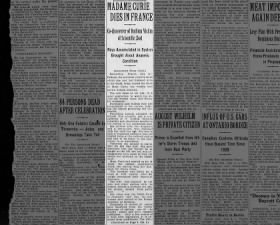 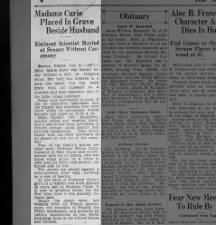 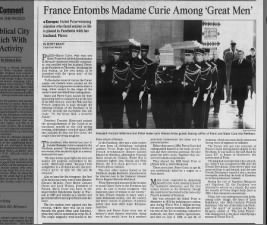