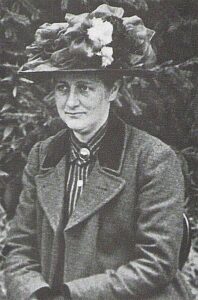 Photo of Beatrix Potter in 1912, taken by her father

Helen Beatrix Potter (July 28, 1866 – December 22, 1943) was a naturalist, conservationist, illustrator, and author known primarily for her children’s books such as The Tale of Peter Rabbit.

Beatrix Potter was the only daughter of Rupert Potter and Helen Leech. She and her brother, Walter Bertram, were taught by governesses at their London home, where Potter cultivated talents in art and literature. Family holidays in Scotland and England’s Lake District, along with an assortment of pets at home, inspired Potter’s drawings and characters.

During a holiday in Scotland, Potter wrote and illustrated an animal story for a friend’s child. That story became The Tale of Peter Rabbit, published commercially in 1902 with great success. Over the next two decades she published 22 more fantastical children’s books, and also found success with “spin-off” merchandise like dolls, tea sets, and board games.

Potter became engaged to her publisher’s son Norman Warne in 1905, but Warne died suddenly a few months later. Using the proceeds from her book sales and some family inheritance money, Potter bought Hill Top and Castle Farm in her favorite village in the Lake District. She married local solicitor William Heelis in October of 1913, and throughout the rest of their 30 years together Potter continued to purchase farmland to preserve from development and became one of the county’s most respected Herdwick sheep breeders.

Potter continued to write and illustrate throughout her later years, mostly for her own enjoyment. She died at Castle Farm on December 22, 1943, age 77. Over 4,000 acres—farms, cottages, and animal herds included—were bequeathed to the National Trust, along with nearly all of the original illustrations from her books.

Conservation efforts continue on the land that Potter gifted, and to this day the house at Hill Top remains as it was when she lived there. Her books continue to sell internationally, and both her fictional stories and personal life have been adapted into songs, ballets, TV shows, and movies.

Learn more about Beatrix Potter through historical newspapers from our archives. Explore newspaper articles, headlines, images, and other primary sources below.

Articles and Clippings about Beatrix Potter 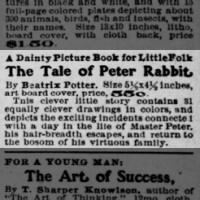 Newspaper ad for "The Tale of Peter Rabbit" by Beatrix Potter from 1902, the year it was published 27 Nov 1902, Thu The Indianapolis Journal (Indianapolis, Indiana) Newspapers.com 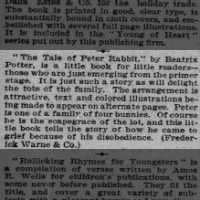 Review of Beatrix Potter's "The Tale of Peter Rabbit" from 1902, the year it was published 27 Dec 1902, Sat Chicago Tribune (Chicago, Illinois) Newspapers.com 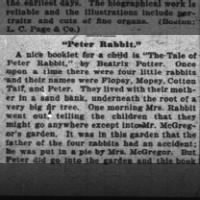 Summary of "The Tale of Peter Rabbit" by Beatrix Potter from the year of its publication 29 Dec 1902, Mon The Inter Ocean (Chicago, Illinois) Newspapers.com 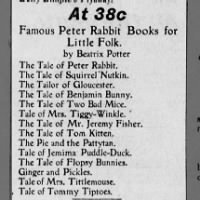 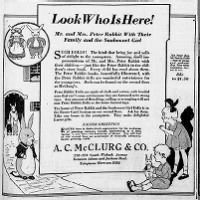 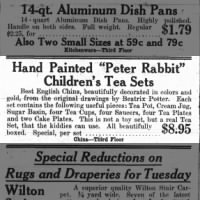 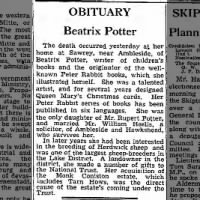 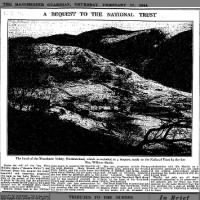 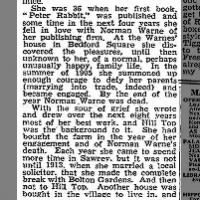 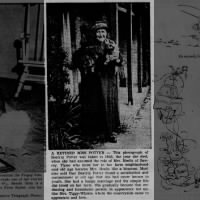 Photo of a retired Beatrix Potter and her animals taken in 1943, the year that she died 15 Aug 1971, Sun Colorado Springs Gazette-Telegraph (Colorado Springs, Colorado) Newspapers.com 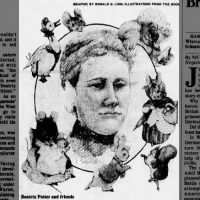 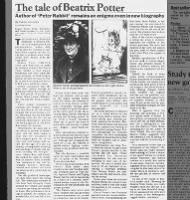 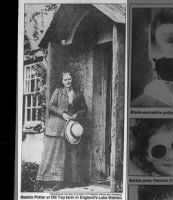 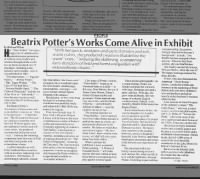 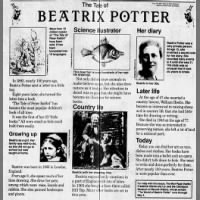 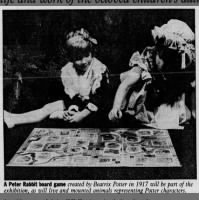 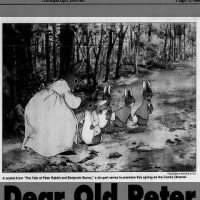 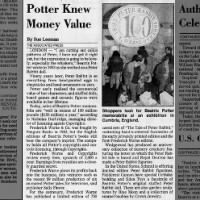 Peter Rabbit merchandise as valuable in 1993 as Beatrix Potter knew it would be in 1903 04 May 1993, Tue Albuquerque Journal (Albuquerque, New Mexico) Newspapers.com 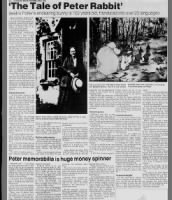 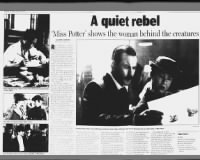