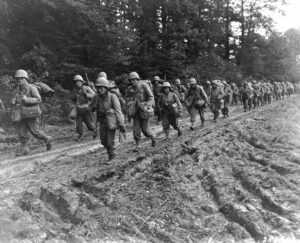 The 442nd Regimental Combat Team was a World War II U.S. Army regiment composed almost entirely of second-generation Japanese Americans, known as Nisei. It was the most decorated unit relative to size and service length in U.S. military history.

The predecessor of the 442nd was the 100th Infantry Battalion, formed in June 1942 predominantly of Japanese Americans serving in the Hawaii National Guard. Its stellar record paved the way for the formation of the 442nd Regimental Combat Team in early 1943. The 442nd was predominantly composed of additional Nisei from Hawaii as well as from internment camps on the mainland. After training, the 100th arrived in Italy in September 1943, and the 442nd arrived in May 1944.

In the summer of 1944, the 100th Infantry Battalion was added to the 442nd Regimental Combat Team. The 442nd then included three infantry battalions (the 100th, 2nd, and 3rd) and the 552nd Field Artillery Battalion. It also included the 232nd Engineer Company, an anti-tank company, cannon company, medical detachment, communications platoon, and intelligence and reconnaissance platoon.

With a motto of “Go for Broke” (meaning to risk it all), the men of the 442nd and 100th were known for their bravery and skill. They fought in many European campaigns–particularly in Italy and France–including the Naples-Foggia, Anzio, Rome-Arno, North Apennines, Rhineland, and Po Valley campaigns.

The group was highly decorated, and members received more than 18,000 awards, including numerous Distinguished Service Crosses, Silver Stars, Bronze Stars, and Purple Hearts, as well as several Presidential Unit Citations. Twenty-one of the men eventually received the Medal of Honor.

Learn more about the 442nd Regimental Combat Team through historical newspapers from our archives. Explore newspaper articles, headlines, images, and other primary sources below.

Articles and Clippings about the 442nd Regimental Combat Team 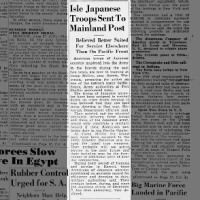 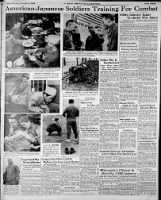 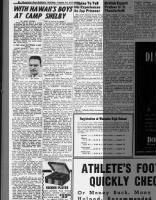 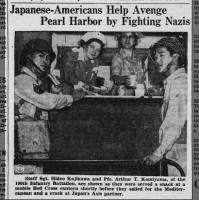 Photo of members of the 100th Infantry Battalion prior to their departure to fight in Italy 13 Nov 1943, Sat Muncie Evening Press (Muncie, Indiana) Newspapers.com 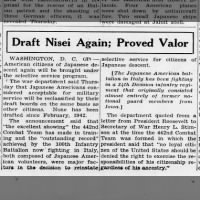 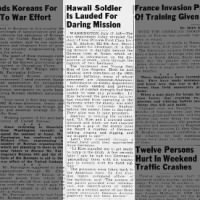 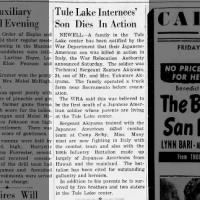 Son of family at Tule Lake internment camp is killed in action while serving with the 442nd 28 Jul 1944, Fri The Dunsmuir News (Dunsmuir, California) Newspapers.com 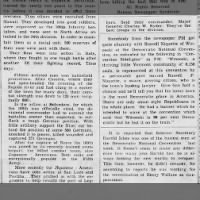 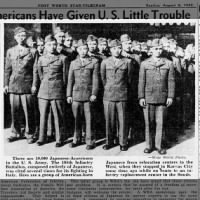 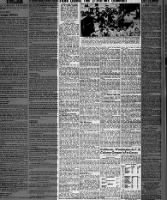 Reprinted interview with a soldier in the 100th Infantry Battalion about his time fighting in Italy 06 Aug 1944, Sun The La Crosse Tribune (La Crosse, Wisconsin) Newspapers.com 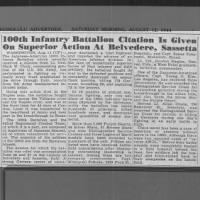 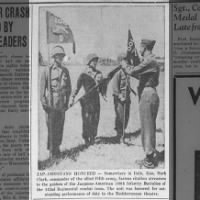 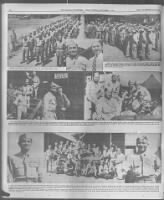 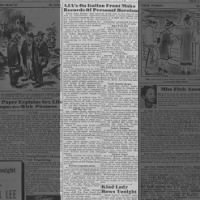 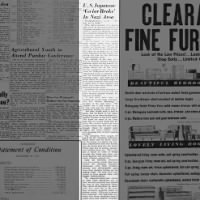 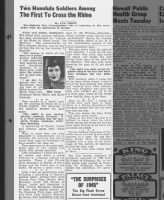 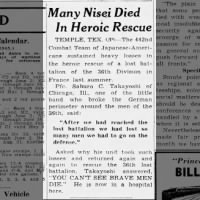 Soldier of the 442nd Regimental Combat Team discusses the rescue of the "Lost Battalion" in France 20 May 1945, Sun The Des Moines Register (Des Moines, Iowa) Newspapers.com 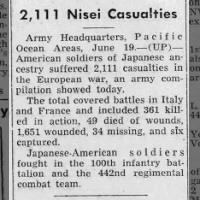 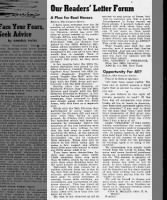 Letter to the editor condemns violence in U.S. toward civilians and servicemen of Japanese descent 31 Jul 1945, Tue The Courier-News (Bridgewater, New Jersey) Newspapers.com 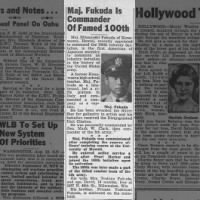 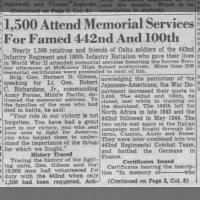 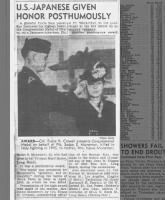 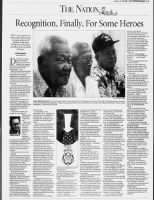