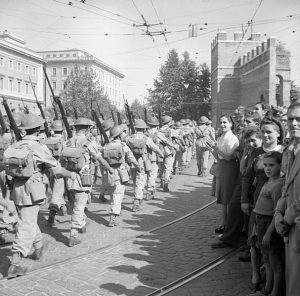 Men of the 1st Battalion, Duke of Wellington’s Regiment, during liberation of Rome, June 8, 1944

On June 4, 1944, the Allies liberated Rome, Italy, from the Germans, making it the first of the Axis capitals to fall during World War II.

Following a successful invasion of Sicily, the Allies moved on mainland Italy in September 1943, with landings on both the east and west coasts of the country.

As Allied troops in the west tried to break through the Gustav Line (a German defense line running across central Italy), they were blocked at Monte Cassino. More Allied troops were landed at Anzio in late January 1944, with the goal of outflanking the German troops, drawing them away from the Gustav Line, and opening up the way to Rome. However, Allied troops at Anzio themselves got bogged down in a 4-month stalemate with the Germans.

Finally, in May 1944, Allied troops at both Monte Cassino and Anzio were able to break out. As German troops retreated from Monte Cassino, American General Mark Clark made the decision to send the main body of his U.S. forces from Anzio to Rome rather than have them cut off the retreating Germans.

As the Allied troops neared Rome, the Germans positioned there abandoned the city, allowing the Allies to take it virtually without a fight. When the Americans took possession of Rome on June 4th, they found it largely undamaged. The people of Rome flooded the streets to welcome Allied troops with cheers, flowers, wine, and kisses. Shops closed, and jubilant crowds celebrated.

The liberation of Rome was important not only strategically but culturally as well. In addition to the extensive network of airfields, rail lines, and roads, Rome was a treasure trove of culture, antiquities, and artifacts. The symbolic significance of city’s liberation also boosted morale on the Allied home front, particularly in the United States.

However, General Clark’s decision to prioritize the liberation of Rome has been criticized, as it allowed Germans retreating from Monte Cassino to escape and later reinforce German defenses further north.

Learn more about the Liberation of Rome through historical newspapers from our archives. Explore newspaper articles, headlines, images, and other primary sources below.

Articles and Clippings about the Liberation of Rome 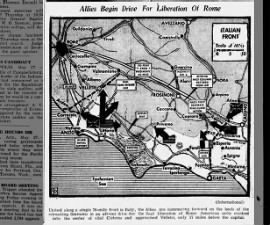 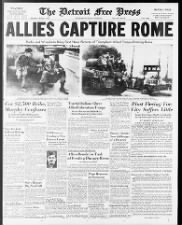 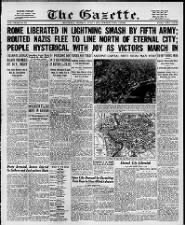 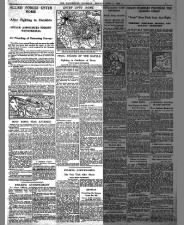 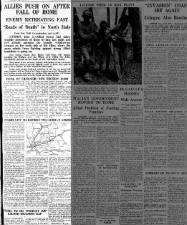 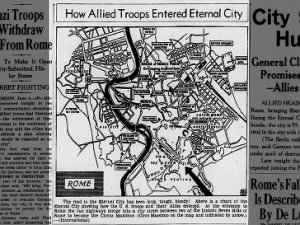 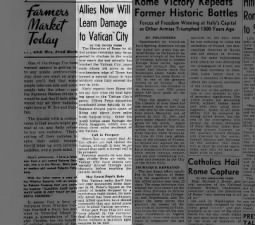 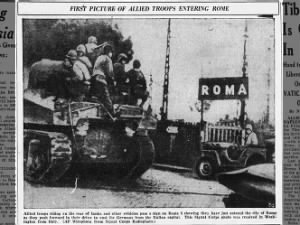 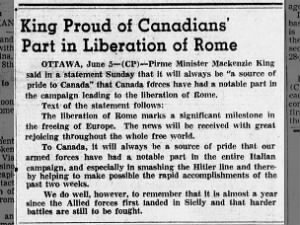 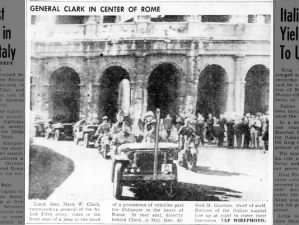 Image of General Mark Clark of the Fifth Army riding in procession in the heart of Rome Tue, Jun 6, 1944 – Page 16 · The Decatur Herald (Decatur, Illinois) · Newspapers.com 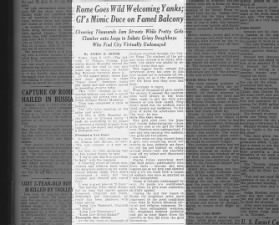 Eye-witness account of the celebrations in Rome after its liberation by the Allies Tue, Jun 6, 1944 – 2 · The Morning Post (Camden, New Jersey) · Newspapers.com 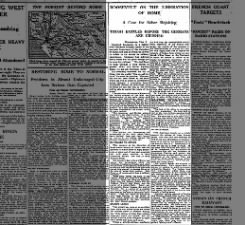 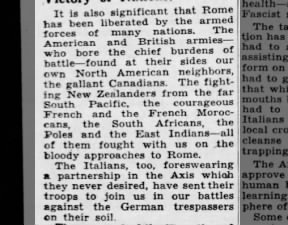 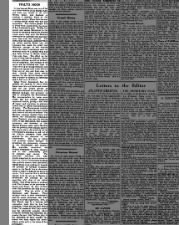 Excerpt from an editorial about the effect Rome's liberation may have on Italy and its people Tue, Jun 6, 1944 – 4 · The Guardian (London, Greater London, England) · Newspapers.com 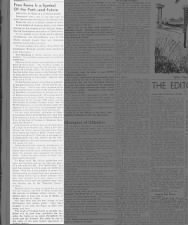 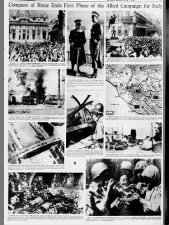 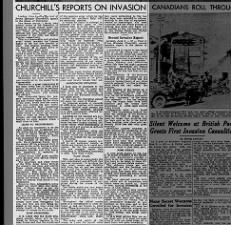 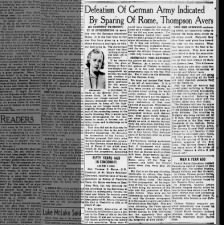 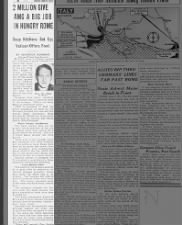 Description of the humanitarian situation in Rome following its liberation from the Germans Thu, Jun 8, 1944 – 4 · Chicago Tribune (Chicago, Illinois) · Newspapers.com 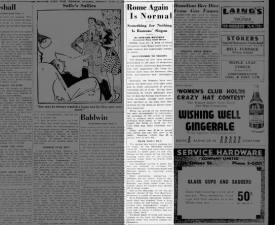 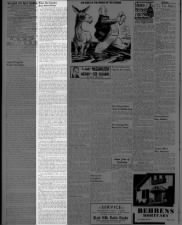 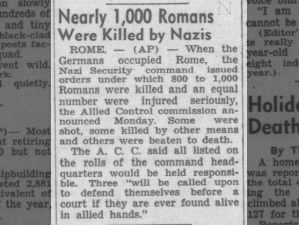 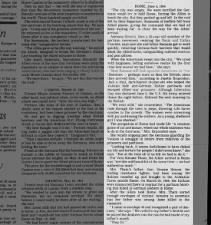 Romans remember their experiences during the German occupation of Rome and the Allied liberation Mon, Jun 4, 1984 – 9 · The Marshall News Messenger (Marshall, Texas) · Newspapers.com 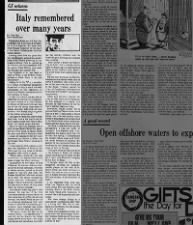 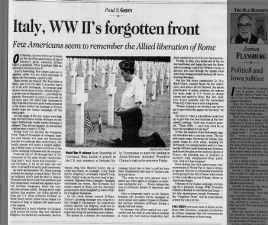