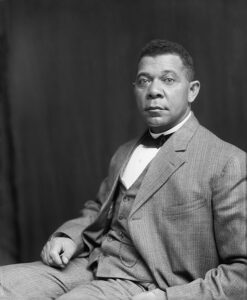 Booker Taliaferro Washington (April 5, 1856 – November 14, 1915) was an American educator, author, and speaker. One of the most influential Black leaders of the late 19th and early 20th centuries, Washington was also a pivotal figure at the Tuskegee Institute.

Booker was born in Virginia in 1856 to an enslaved mother and unknown white man. In 1865, after emancipation, his mother took her children to West Virginia.

In 1872, at age 16, Booker T. Washington entered the Hampton Normal and Agricultural Institute in Virginia, graduating in 1875. He attended Wayland Seminary in Washington DC in 1878 and, in 1879, returned to the Hampton Institute as a teacher.

Washington was selected as principal of Alabama’s newly established Tuskegee Normal and Industrial Institute (now Tuskegee University), which opened in 1881 as a training school for Black teachers.

Washington (who led the Tuskegee Institute for more than 30 years) believed that vocational training was more valuable for Black Americans than a classical education. Thus, the school primarily educated its students on teaching skilled trades, domestic skills, and farming.

As one of the most powerful figures in the Black community during his lifetime, Booker T. Washington built a network of Black and White leaders in education, religion, journalism, business, politics, and philanthropy. He also served as an advisor on racial issues to presidents Theodore Roosevelt and William Taft.

In 1900, he helped found the National Negro Business League, and in 1901 he published his autobiography Up from Slavery, the best known of his books.

Washington argued that economic independence for Black Americans should be prioritized over immediate attainment of political and civil rights. In 1895, he outlined his race relations philosophy in his Atlanta Exposition Address (termed the “Atlanta Compromise” by his critics).

As time went on, his views drew criticism from a growing number of other Black leaders and academics (notably W.E.B. Du Bois), who saw Washington as too conciliatory and accommodationist. Despite his public stances, however, Washington privately financed civil rights litigation.

In 1882, Washington married Fannie Smith, with whom he had a daughter. After Fannie’s death in 1884, he married Olivia Davidson in 1886, and the pair had two sons together. Olivia passed away in 1889, and Washington married Margaret Murray in 1893.

Learn more about Booker T. Washington through historical newspapers from our archives. Explore newspaper articles, headlines, images, and other primary sources below. 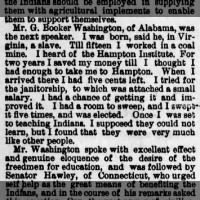 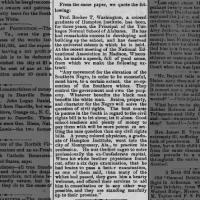 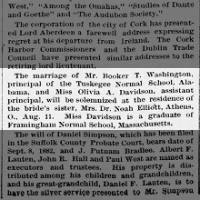 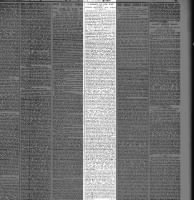 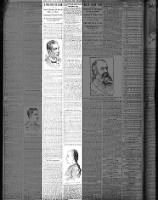 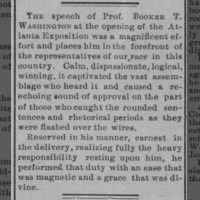 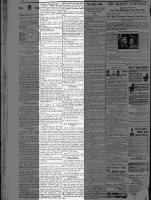 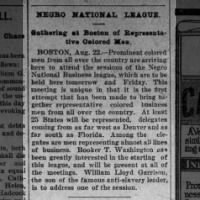 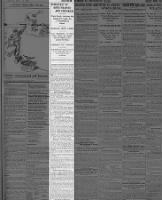 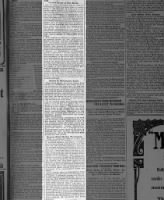 Newspaper account (with quotes) from a 1911 speech given by Booker T. Washington in Iowa 17 Mar 1911, Fri The Bystander (Des Moines, Iowa) Newspapers.com 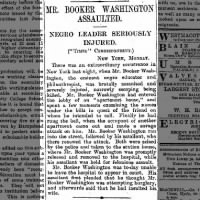 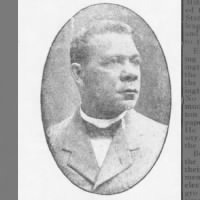 Picture of Booker T. Washington published in a newspaper in 1911 26 Aug 1911, Sat The Washington Bee (Washington, District of Columbia) Newspapers.com 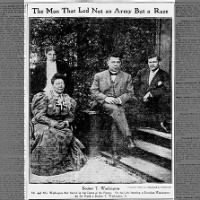 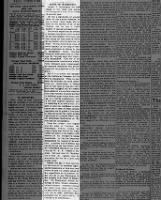 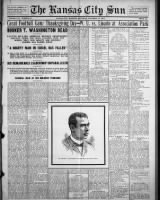 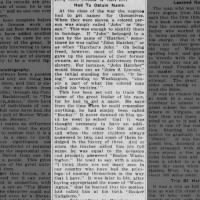