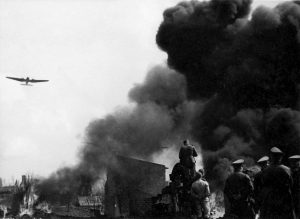 German forces entering Warsaw in September 1939 during Invasion of Poland

On September 1, 1939, Germany invaded neighboring Poland in what is considered the opening conflict of World War II.

In the year and a half leading up to the invasion, Adolf Hitler had been expanding Germany’s territory. On August 23, 1939, Germany signed a nonaggression pact with the Soviet Union that had a secret clause splitting Poland between them. Hitler planned to invade Poland on August 26, but an agreement signed between Britain and Poland on August 25 caused him to postpone it nearly a week.

In response to the attack on Poland, Britain and France declared war on Germany on September 3, but the countries provided Poland with little meaningful military support.

On September 17, the Soviets began their own invasion of Poland from the east, as previously agreed upon with Germany. The Polish government and military leaders fled the country, as did numerous troops and civilians.

The invasion ended on October 6, when the last operational Polish troops surrendered. In addition to Polish military casualties, hundreds of thousands of civilians were also killed during the invasion, with many more killed during the subsequent German and Soviet occupation. The success of the invasion also left the country’s Jews vulnerable to Germany’s extermination campaign, in which millions of Polish Jews would be killed.

The invasion of Poland is considered the beginning of World War II, since it caused Britain and France to declare war on Germany. However, no serious conflict between those nations would occur until the spring of 1940, when Germany began its invasion of Norway, the Low Countries, and France.

Learn more about the 1939 Invasion of Poland through historical newspapers from our archives. Explore newspaper articles, headlines, images, and other primary sources below.

Articles and Clippings about the 1939 Invasion of Poland 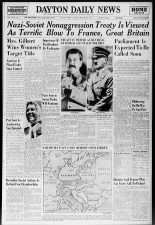 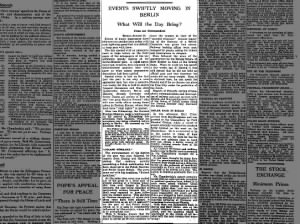 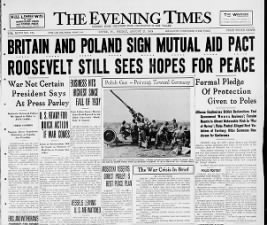 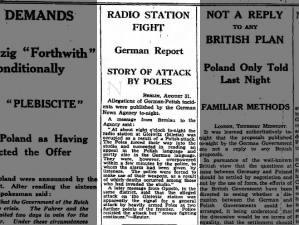 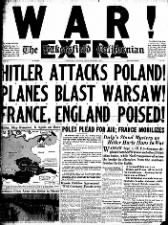 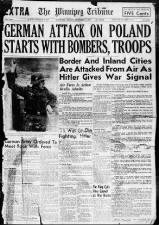 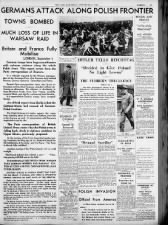 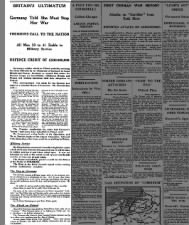 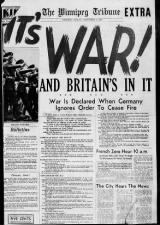 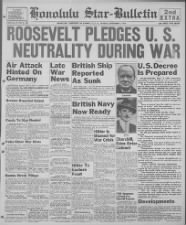 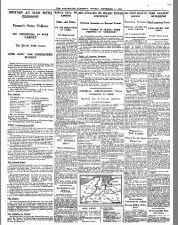 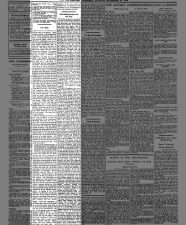 British editorial about the invasion of Poland and the beginning of World War II Mon, Sep 4, 1939 – 6 · The Guardian (London, Greater London, England) · Newspapers.com 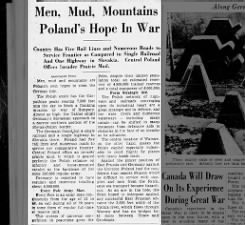 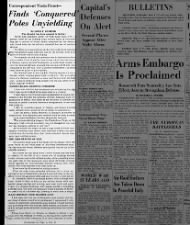 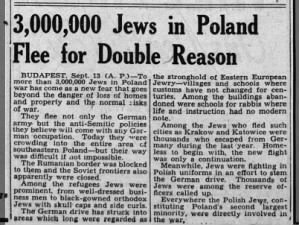 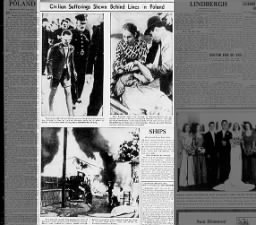 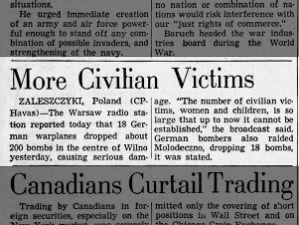 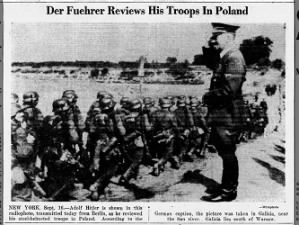 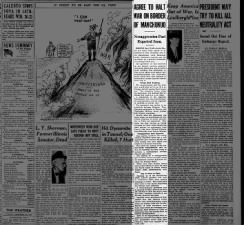 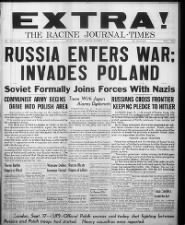 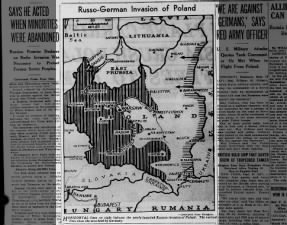 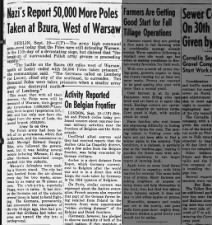 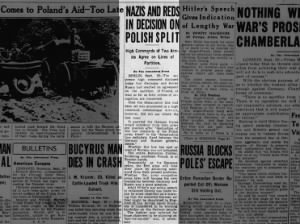 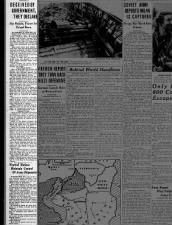 Article reports that Polish refugees feel Britain, France, and their own government let them down Wed, Sep 20, 1939 – 4 · The Tampa Tribune (Tampa, Florida) · Newspapers.com 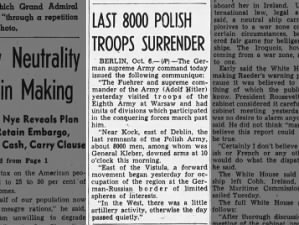