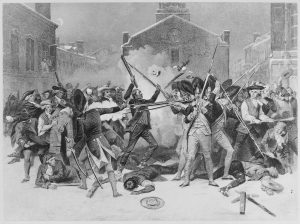 “The Boston Massacre” engraving after the painting by Alonzo Chappel

The Boston Massacre was a confrontation between patriot colonists and British soldiers on March 5, 1770, that left five colonists dead and six more wounded. The incident furthered anti-British sentiment among the colonists in the years leading up to the American Revolutionary War.

In 1770, British regiments stationed in Boston tried to enforce tax laws and protect authorities from potential backlash. Their presence stoked local unease, and radical colonists began harassing businesses that sold British goods. In February 1770, a mob formed and was broken up when customs officer Ebenezer Richardson shot into the crowd. 11-year-old Christopher Seider was wounded, and his death stirred frustrations to a boiling point.

On March 5, Private Hugh White was the solitary British guard keeping watch at the King Street Custom House. A crowd of patriots gathered, and their numbers, insults, and threats of violence grew when White struck a colonist. Half a dozen soldiers under the command of Captain Thomas Preston were sent to enforce order. Colonist violence increased, and in the midst of the confusion the soldiers fired on the crowd. Three colonists were killed instantly, two fatally wounded, and six more injured.

Preston, White, and the soldiers were arrested to await trial, and the British regiments were removed from Boston. While patriot leaders like Paul Revere and John Hancock encouraged anti-British sentiment, John Adams took on the defense of Captain Preston and the soldiers, determined to provide a fair, impartial trial. Jurors were brought from out of Boston, and Adams’s defense that the offenders had acted out of self-preservation and confusion cleared them of murder charges.

The Boston Massacre deepened the divide between patriot colonists and British authorities. The divide grew over the next 5 years with the Boston Tea Party, the First Continental Congress, and the start of the American Revolution.

Learn more about the Boston Massacre through historical newspapers from our archives. Explore newspaper articles, headlines, images, and other primary sources below.

Articles and Clippings about the Boston Massacre 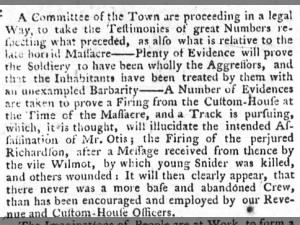 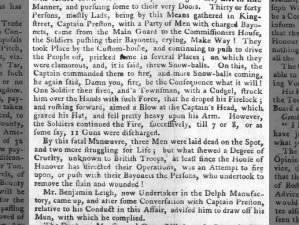 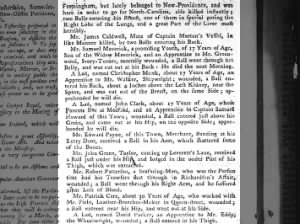 Excerpt from report of those killed and wounded in the Boston Massacre Thu, Mar 22, 1770 – Page 2 · The Pennsylvania Gazette (Philadelphia, Pennsylvania) · Newspapers.com 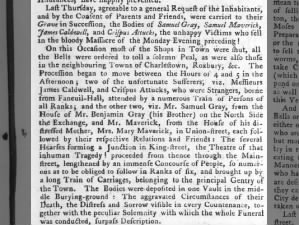 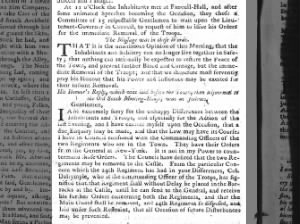 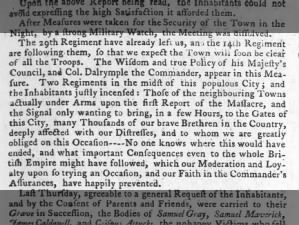 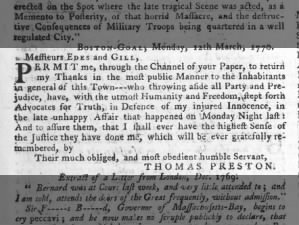 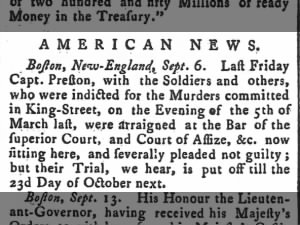 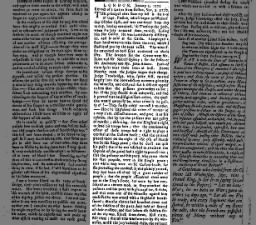 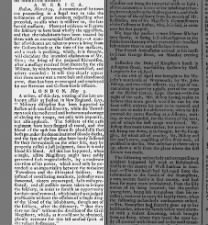 Opposing opinions about the guilt of British troops vs patriot colonists in causing the massacre Tue, May 8, 1770 – 2 · The Leeds Intelligencer and Yorkshire General Advertiser (Leeds, West Yorkshire, England) · Newspapers.com 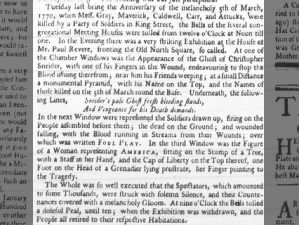