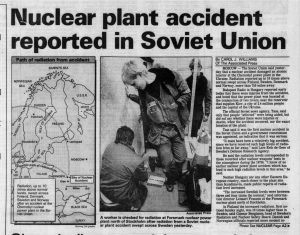 On April 26, 1986, a Soviet nuclear power plant near Chernobyl, Ukraine, became the site of the most disastrous nuclear accident in history, when it experienced explosions at one of its reactors.

In the early hours of April 26, a planned simulation of an electrical power outage resulted in an uncontrolled nuclear reaction at the Chernobyl Nuclear Power Plant’s Unit 4 reactor. At 1:23 a.m., the reactor exploded, releasing radioactive debris into the atmosphere. A second explosion followed a few seconds later. These explosions caused a fire at the reactor that would take more than a week to contain.

The day after the explosion, the nearby town of Pripyat was evacuated. However, the Soviet government kept the nuclear disaster from the international community until April 28, after a Swedish monitoring station reported unusually high levels of wind-borne radiation.

By mid-May, everyone in a 19-mile radius of the power plant had been evacuated. By December, a concrete-and-steel sarcophagus was erected around the reactor to limit radiation emission; this dome was itself later enclosed in a protective structure completed in 2017.

Following the disaster, radioactive fallout fell across Ukraine, Russia, and Belarus, and to a more limited extent over Scandinavia and other parts of Europe.

Due to a lack of reliable pre-1986 health data, long-term health effects from the radiation are difficult to conclusively discern, though an increase in thyroid cancer may be linked. Beyond the potential health effects, the Chernobyl disaster also had political consequences. In fact, former Soviet leader Mikhail Gorbachev named the Chernobyl disaster as an important factor in the collapse of the Soviet Union.

The Chernobyl power station was officially decommissioned in 2000. The 1,600-square-mile Chernobyl Exclusion Zone is still considered unsafe for human habitation.

Learn more about the Chernobyl Disaster through historical newspapers from our archives. Explore newspaper articles, headlines, images, and other primary sources below.

Articles and Clippings about the Chernobyl Disaster 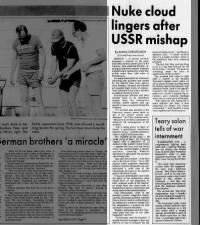 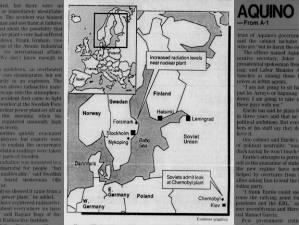 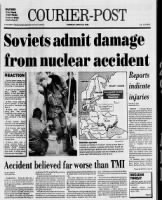 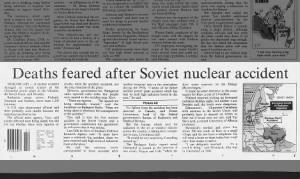 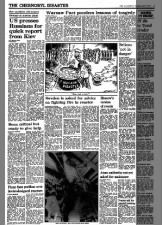 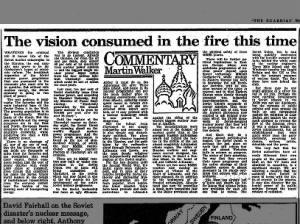 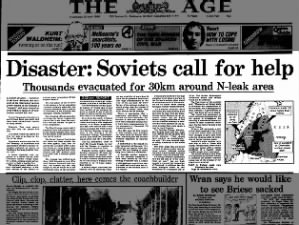 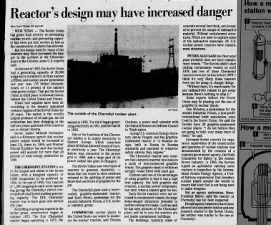 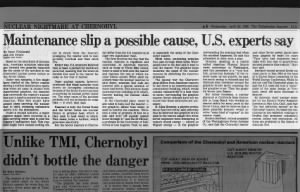 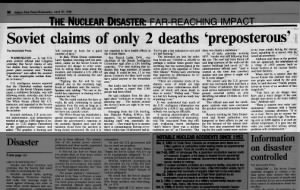 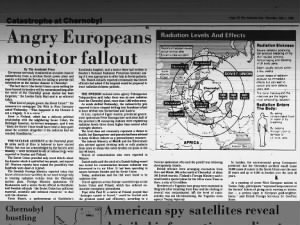 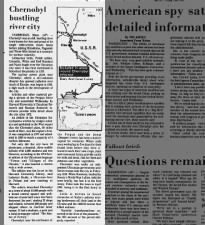 Article describing city of Chernobyl, Ukraine, prior to the nuclear disaster in April 1986 Thu, May 1, 1986 – Page 35 · The Anniston Star (Anniston, Alabama) · Newspapers.com 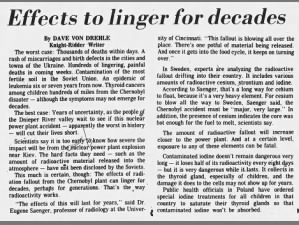 Canadian newspaper articles about the Chernobyl disaster from a few weeks after the accident Sat, May 17, 1986 – 30 · The Ottawa Citizen (Ottawa, Ontario, Canada) · Newspapers.com 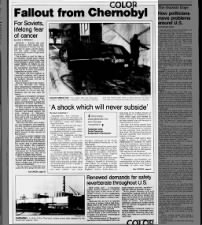 Reflections on the Chernobyl nuclear accident and its effects a year after the disaster Sun, Apr 26, 1987 – Page 33 · Reno Gazette-Journal (Reno, Nevada) · Newspapers.com 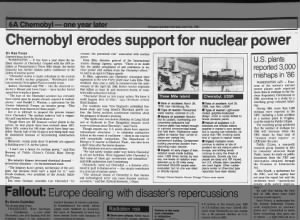 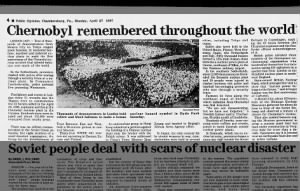 "Chernobyl remembered throughout the world" on the first anniversary of the disaster Mon, Apr 27, 1987 – 4 · Public Opinion (Chambersburg, Pennsylvania) · Newspapers.com 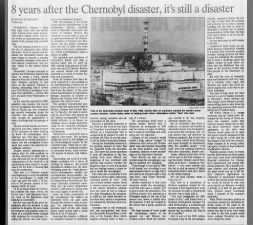 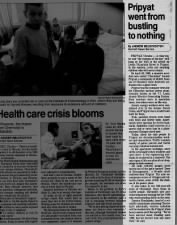 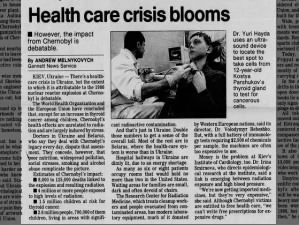 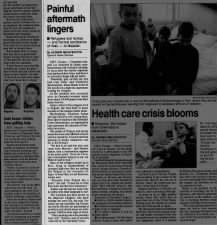 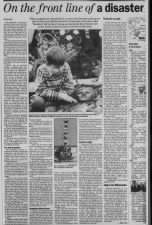 Article about the effects of Chernobyl disaster on firefighters, "liquidators," and others Mon, Apr 29, 1996 – Page 7 · Star Tribune (Minneapolis, Minnesota) · Newspapers.com 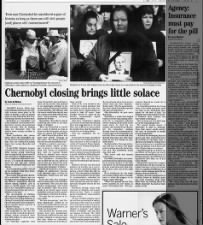