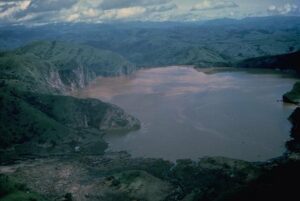 On August 21, 1986, a rare natural disaster occurred in the West African country of Cameroon when a large cloud of carbon dioxide gas erupted from Lake Nyos (Nios), a deep volcanic crater lake.

The event, known as a limnic eruption, occurs when carbon dioxide (CO2) builds in colder, deep lake water, creating a layer on the bottom. The weight of the warmer, upper layer of water forms a lid that keeps the gas down. When these layers are disturbed, an eruption of carbon dioxide occurs.

On August 21, 1986, the built-up gases in Lake Nyos (caused by a pocket of magma beneath the lakebed) were released, resulting in a massive eruption that created a 330-foot-high column of water and a cloud of carbon dioxide gas 160 feet thick.

The carbon dioxide blanketed nearby villages, suffocating nearly 1,800 people and about 3,500 livestock; others fell unconscious. After the eruption, the blue appearance of the lake turned red-brown due to oxidation of the iron-rich water.

Initially, scientists were unsure what type of gas had caused the disaster, but carbon dioxide was soon identified. As for what triggered the eruption, many researchers concluded that an underwater landslide had likely disrupted the layers and caused the gases to bubble up. Others, however, theorized that a small volcanic eruption below the lake caused the release. Additional hypotheses exist as well.

After the 1986 disaster, carbon dioxide continued accumulating in Lake Nyos. In order to prevent a future limnic eruption, scientists started venting the gas with a large pipe in 2001 and added two more in 2011. When lowered to the bottom, these degassing tubes perform like big straws—sucking the gas upward, where it is vented gradually into the air.

Learn more about the Lake Nyos Disaster through historical newspapers from our archives. Explore newspaper articles, headlines, images, and other primary sources below.

Articles and Clippings about the Lake Nyos Disaster 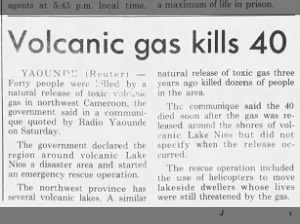 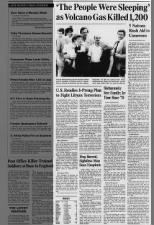 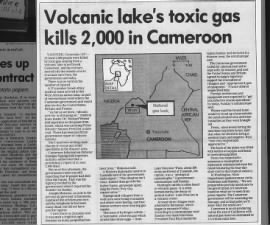 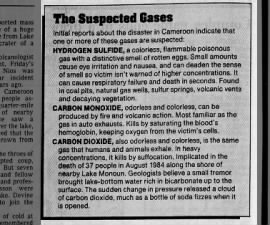 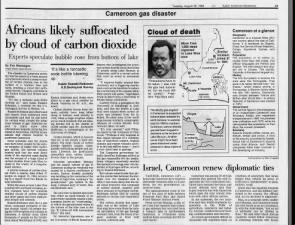 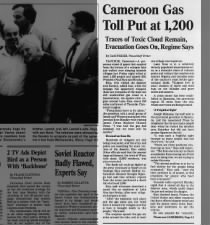 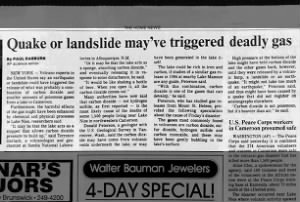 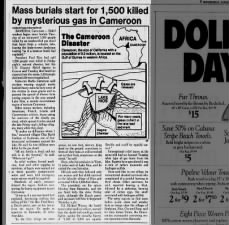 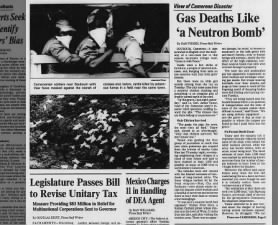 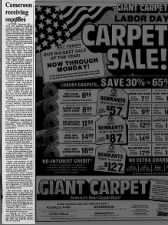 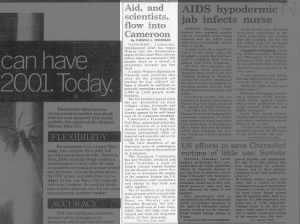 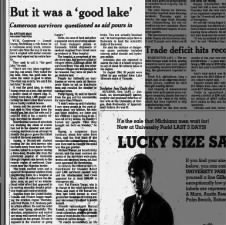 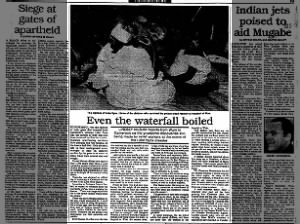 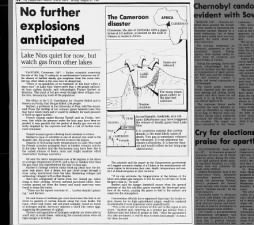 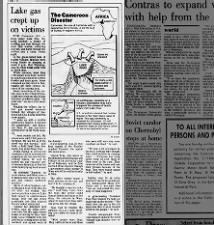 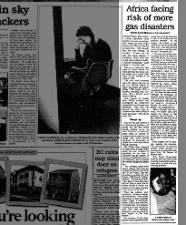 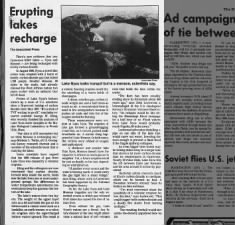 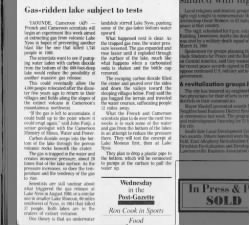 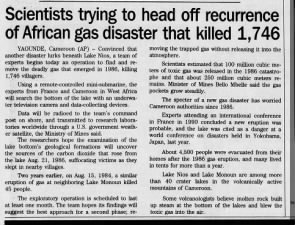 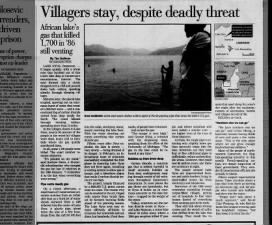 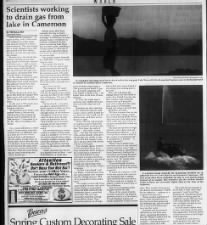 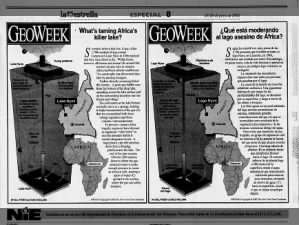 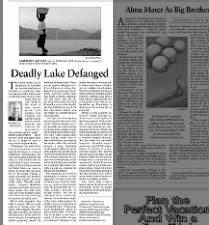