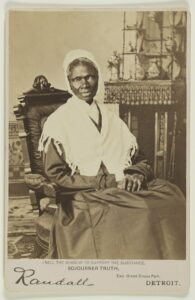 Sojourner Truth was born Isabella Baumfree (or Bomefree) around 1797 in Dutch-speaking New York to enslaved parents. Sold away from her family in childhood, Isabella was owned by several abusive enslavers. In early adulthood, she was married to an enslaved man named Thomas and was mother to 5 children.

In 1826, Isabella escaped to seek freedom with her infant daughter and was finally freed from slavery in 1827 under New York’s emancipation laws. In 1828, she successfully fought in court for custody of her young son, who had been illegally sold to an enslaver in Alabama.

Isabella became a devout Christian and in 1843 changed her name to Sojourner Truth. A highly religious woman, she became a traveling preacher, speaking at camp meetings.

Sojourner Truth was a charismatic and powerful speaker, championing causes such as the abolition of slavery and equal rights. She traveled the lecture circuit with other abolitionists such as William Lloyd Garrison and Frederick Douglass.

In 1850, she published her autobiography, The Narrative of Sojourner Truth, which she dictated to a friend since she could neither read nor write. In May 1851, at the Ohio Women’s Rights Convention, Sojourner Truth gave her most famous speech, which has since become known as “Ain’t I a Woman?”

In the late 1850s, she moved to Michigan, which would serve as her homebase for the remainder of her life. During the Civil War, Sojourner Truth helped recruit Black soldiers for the Union army and worked with the National Freedman’s Relief Association. After the war, she advocated for federal land grants in the West for freedpeople.

Sojourner Truth died on November 26, 1883, in Battle Creek, Michigan, at around age 86. Due to uncertainty about her true age, her tombstone says she was 105 years old.

Learn more about Sojourner Truth through historical newspapers from our archives. Explore newspaper articles, headlines, images, and other primary sources below.

Articles and Clippings about Sojourner Truth 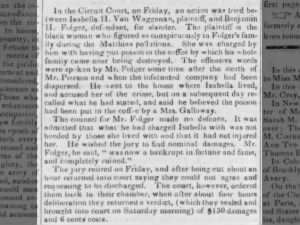 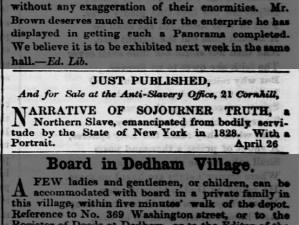 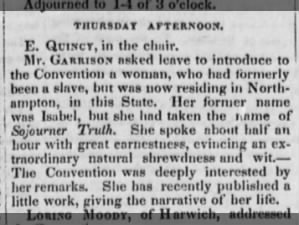 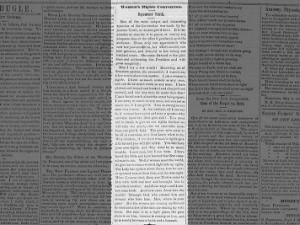 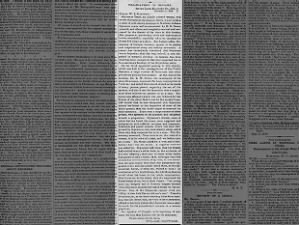 Sojourner Truth responds to insults and rumors during an 1858 speech in Indiana Fri, Oct 15, 1858 – Page 1 · The Liberator (Boston, Massachusetts) · Newspapers.com 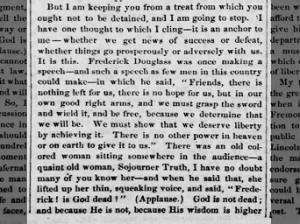 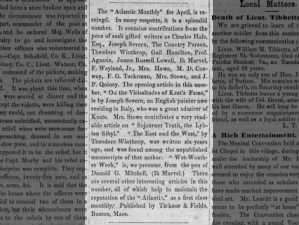 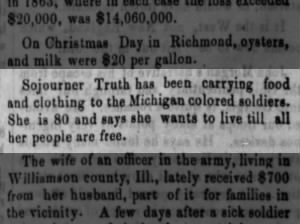 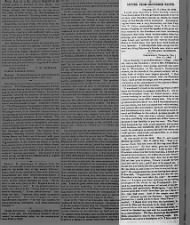 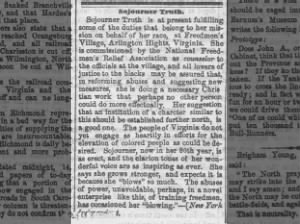 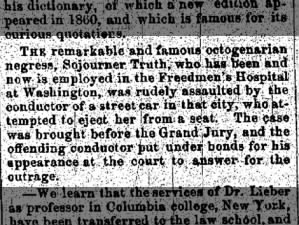 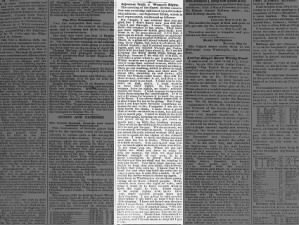 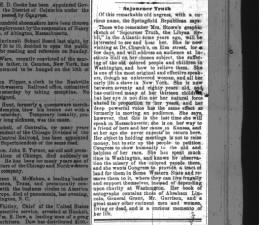 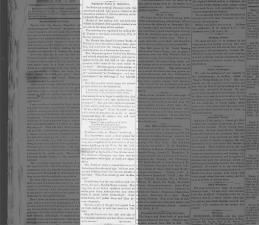 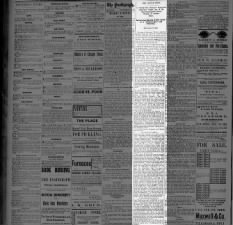 Interview with Sojourner Truth, including her work to obtain land for Black settlement in Kansas Thu, Sep 18, 1879 – Page 4 · The Pantagraph (Bloomington, Illinois) · Newspapers.com 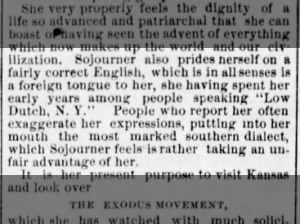 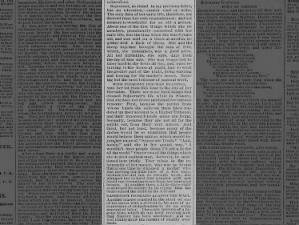 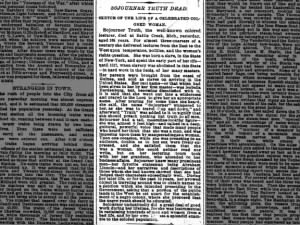 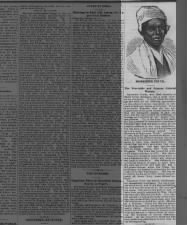 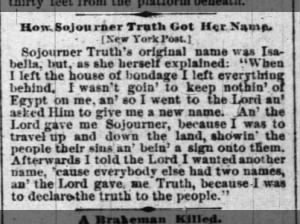 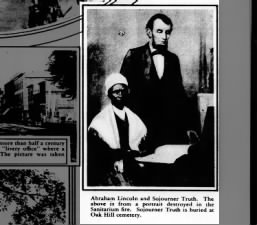 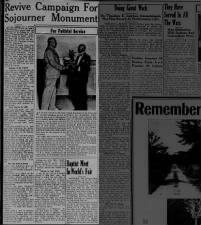 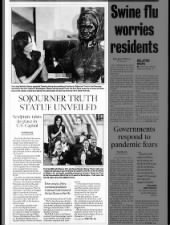