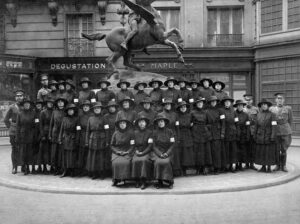 The Signal Corps Female Telephone Operators Unit (informally known as the “Hello Girls”) was composed of telephone switchboard operators who served with the U.S. Army overseas during World War I.

In late 1917, General John Pershing (commander of the American Expeditionary Forces) called for women to serve with the U.S. Army Signal Corps in Europe as telephone switchboard operators. Preference was given to women who were bilingual in English and French and had previous switchboard experience.

Thousands of women applied, and after a rigorous selection process, more than 200 were eventually selected to serve overseas.

The first telephone operators entered training at Camp Franklin (now Fort Meade) in January 1918 and arrived in France that March.

Led by Chief Operator Grace Banker, the “Hello Girls” served primarily in France, facilitating communication among the U.S. Army and its allies. The women worked long hours in a fast-paced environment, relaying calls and serving as translators. They sometimes faced danger when serving near the front, working through artillery and aerial bombardments.

Their service was highly praised, and in 1919 Grace Banker was awarded the Distinguished Service Medal for her exceptional contributions during the St. Mihiel and Meuse-Argonne Offensives.

Many of the “Hello Girls” stayed in Europe after the armistice to maintain communications during the drawdown of troops.

When the women returned to the United States, the Army refused to grant them veteran status, considering them civilians working for the Army rather than military personnel. The women fought for recognition over the next 60 years, and in 1977 a bill was passed recognizing the “Hello Girls” as veterans. The surviving women finally received honorable discharges and veterans benefits in 1979.

Learn more about the Hello Girls through historical newspapers from our archives. Explore newspaper articles, headlines, images, and other primary sources below.

Articles and Clippings about the Hello Girls 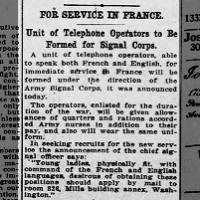 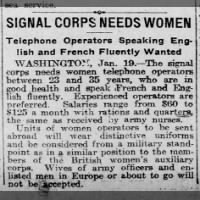 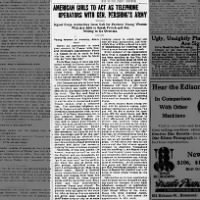 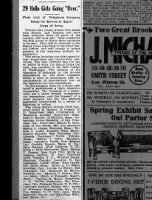 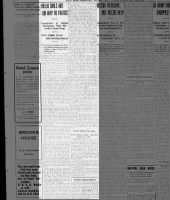 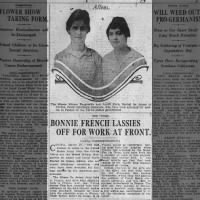 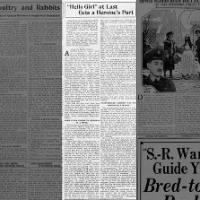 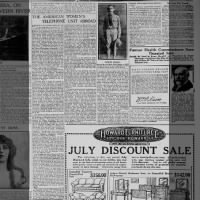 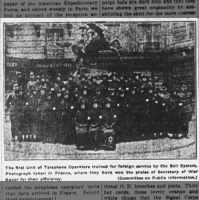 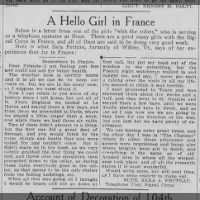 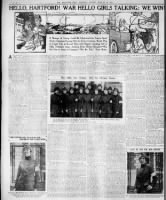 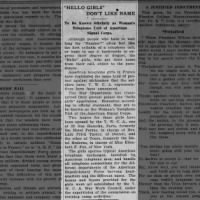 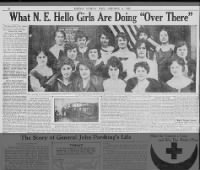 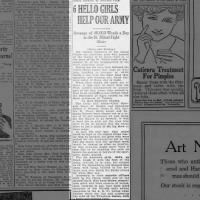 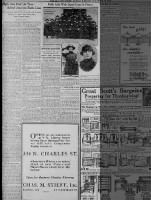 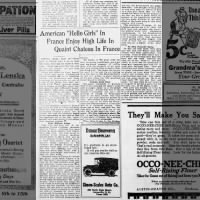 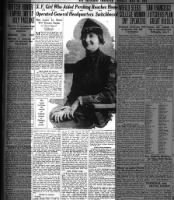 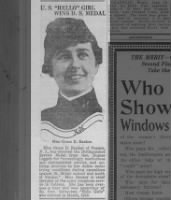 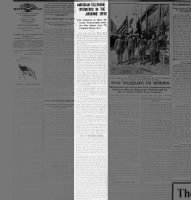 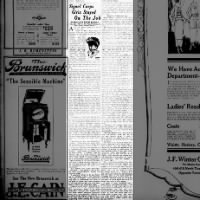 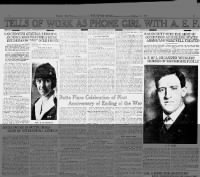 Interview with "Hello Girl" Celia Grimmeke about her time in the Signal Corps during WWI 19 Oct 1919, Sun The Butte Miner (Butte, Montana) Newspapers.com 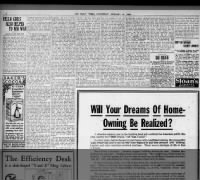 Excerpt from an article featuring interviews with "Hello Girls" about their experiences during WWI 31 Jan 1920, Sat The Daily Times (Davenport, Iowa) Newspapers.com 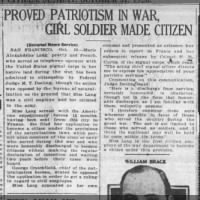 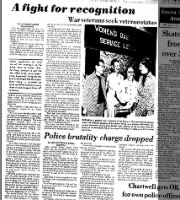 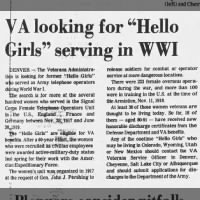