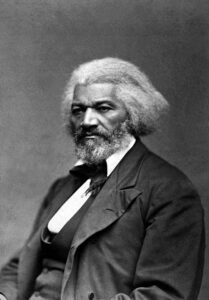 Frederick Douglass (c. 1818 – February 20, 1895) was an American activist, speaker, and author who advocated for the abolition of slavery, for women’s rights, and for other causes.

Frederick Augustus Washington Bailey was born into slavery on Maryland’s Eastern Shore around 1818 and was raised primarily by his maternal grandmother. However, at age 6 he was separated from her and sent to Wye House Plantation and then to Baltimore. Around age 16, he was transferred as a fieldhand to a slaveowner who frequently whipped him. He was later sent back to Baltimore to labor in a shipyard.

In 1838, Frederick escaped Baltimore to seek freedom in New York, with assistance from his future wife Anna Murray. He married Murray not long after, and the couple settled in Massachusetts and changed their surname to Douglass. They would have 5 children together.

Around 1841, Douglass became active on the anti-slavery lecture circuit and quickly became one of its most famous orators.

He published his best-known work, Narrative of the Life of Frederick Douglass, an American Slave, in 1845. After the publication of this autobiography, he went to the United Kingdom and Ireland for two years, where he continued speaking out against slavery. After supporters purchased his legal freedom, Douglass returned to the United States in 1847.

From 1847 to 1860, he ran a newspaper called the North Star (later also called Frederick Douglass’s Paper). He would publish another paper, the New National Era, from 1870 to 1874.

During the Civil War, Douglass encouraged Black men to serve in the Union Army and advised President Abraham Lincoln on the issue.

After the abolition of slavery, Douglass continued advocating for equal rights. He also lent his voice to causes such as women’s suffrage, which he had supported since at least 1848, when he had attended the Seneca Falls Convention.

In his later life, Douglass served in official government positions, including as marshal for Washington DC (1877-1881) and minister resident and consul general to Haiti (1889-1891).

After his wife’s death in 1882, Douglass married Helen Pitts in 1884. He passed away from a heart attack on February 20, 1895, in Washington DC and was buried in Rochester, New York.

Learn more about Frederick Douglass through historical newspapers from our archives. Explore newspaper articles, headlines, images, and other primary sources below.

Articles and Clippings about Frederick Douglass 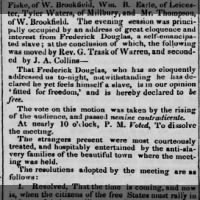 Excerpt from a newspaper account about Frederick Douglass at an anti-slavery society meeting in 1841 15 Oct 1841, Fri The Liberator (Boston, Massachusetts) Newspapers.com 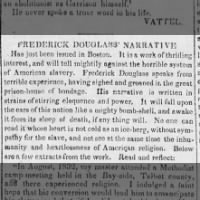 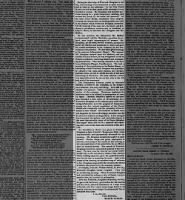 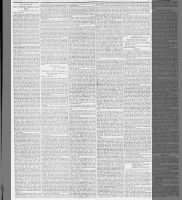 Frederick Douglass receives and responds to an 1846 letter about the purchase of his freedom 19 Feb 1847, Fri Anti-Slavery Bugle (Lisbon, Ohio) Newspapers.com 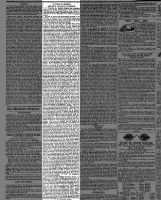 Summary of an anti-slavery speech given by Frederick Douglass in England in 1847 21 Jan 1847, Thu The Bradford Observer (Bradford, West Yorkshire, England) Newspapers.com 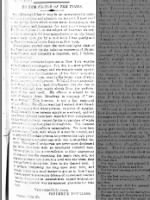 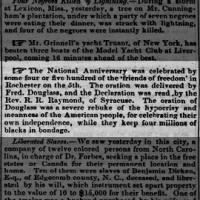 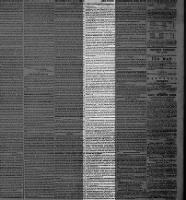 Excerpt from an 1855 letter criticizing a speech given by Frederick Douglass in Philadelphia 09 Feb 1855, Fri The Liberator (Boston, Massachusetts) Newspapers.com 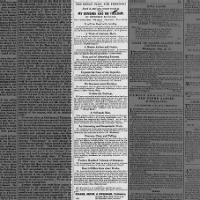 1855 newspaper ad with reviews of "My Bondage and My Freedom" by Frederick Douglass 13 Sep 1855, Thu The National Era (Washington, District of Columbia) Newspapers.com 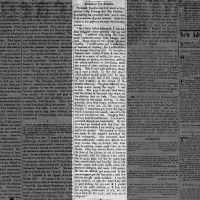 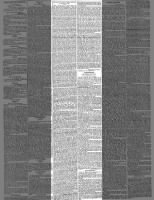 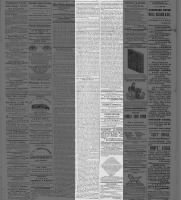 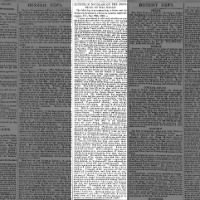 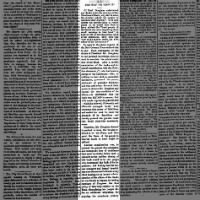 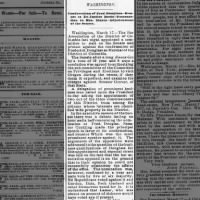 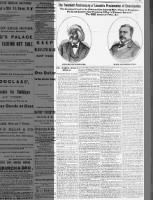 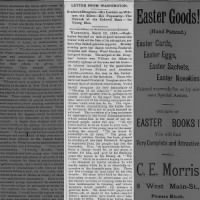 Excerpt from an 1885 letter with description of Frederick Douglass in his later life 25 Mar 1885, Wed Democrat and Chronicle (Rochester, New York) Newspapers.com 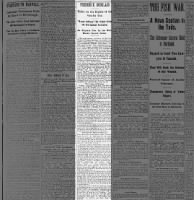 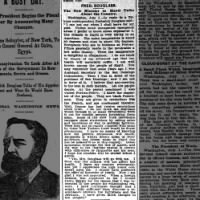 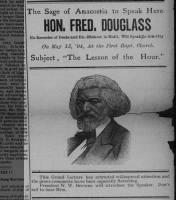 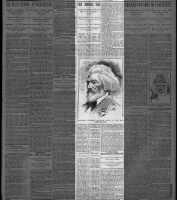 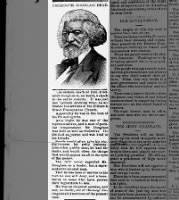 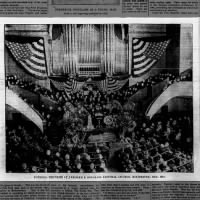