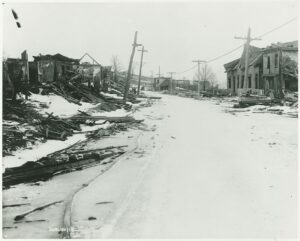 A street view following the Halifax Explosion in 1917

On the morning of December 6, 1917, two ships collided in Halifax Harbor, Nova Scotia, resulting in a massive blast that ultimately killed 2,000 people in the largest man-made explosion prior to the atomic age.

Halifax was a wartime boomtown during World War I, and ships loaded with troops, munitions, and supplies sailed in and out of Halifax Harbor.

The morning of December 6, the French freighter Mont-Blanc—with its cargo of 2,925 tons of explosives for the Allied war effort—prepared to join a military convoy that would escort it across the Atlantic. At the same time, another ship, the Norwegian vessel SS Imo, left its mooring to head for New York to pick up relief supplies for Belgium.

In an area of Halifax Harbor known as the Narrows, the two ships collided, sparking a fire on the Mont-Blanc. Its crew, unable to stop the fire, abandoned the ship, which drifted until it eventually reached a pier, setting the pier on fire.

The smoke attracted many onlookers, who came to watch as other ships tried to put out the fire and pull the Mont-Blanc farther from land. But at 9:04 a.m., the Mont-Blanc exploded, incinerating the ship and sending out a powerful shockwave that leveled most of the north end of Halifax.

An estimated 1,500 people were killed instantly or nearly so from the explosion and shockwave, as well as from flying glass and debris, collapsing and burning buildings, and the tsunami created in the harbor that crested at 45 feet. An estimated additional 9,000 people were injured, and over the following hours and days, the death toll would rise to 2,000.

12,000 buildings in a 16-mile radius were damaged (with 1,600 completely destroyed), leaving thousands of people without homes.

The rescue effort began almost immediately but was initially hindered by rumors of a potential second explosion. Efforts were also slowed by a heavy snowstorm that hit the area the following day.

In the days and weeks that followed, the rest of Canada, as well as the United States and other countries, sent relief supplies and medical professionals. Rebuilding the devastated area would take more than a year.

Learn more about the Halifax Explosion through historical newspapers from our archives. Explore newspaper articles, headlines, images, and other primary sources below.

Articles and Clippings about the Halifax Explosion 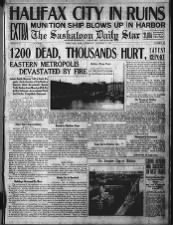 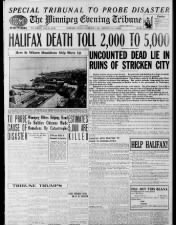 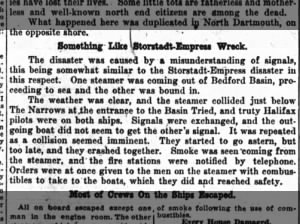 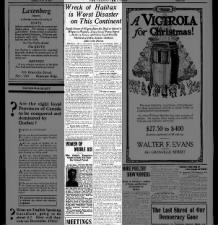 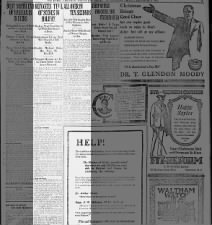 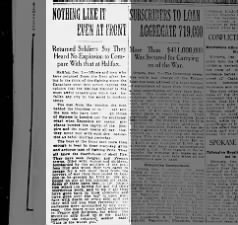 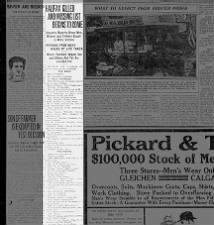 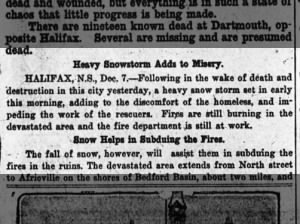 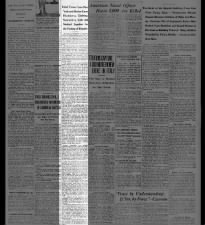 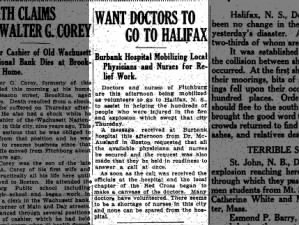 Article reports that doctors and nurses are being mobilized in Massachusetts to go to Halifax Fri, Dec 7, 1917 – Page 1 · Fitchburg Sentinel (Fitchburg, Massachusetts) · Newspapers.com 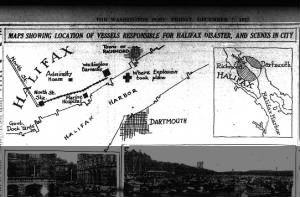 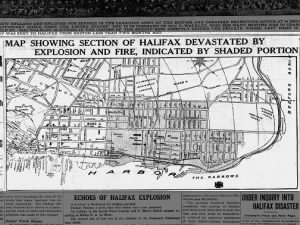 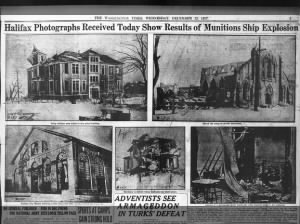 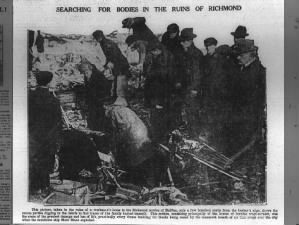 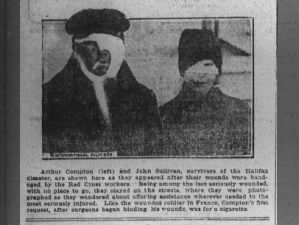 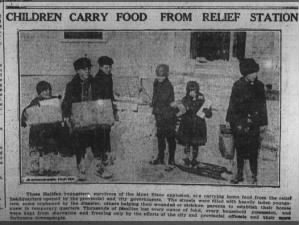 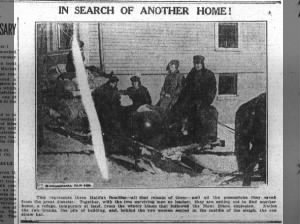 Image of families who lost their homes as a result of the Halifax Explosion Thu, Dec 13, 1917 – Page 18 · The Fort Wayne Sentinel (Fort Wayne, Indiana) · Newspapers.com 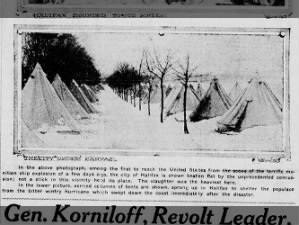 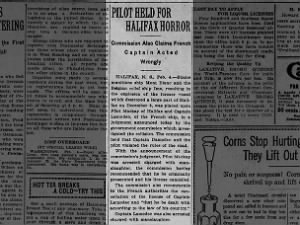 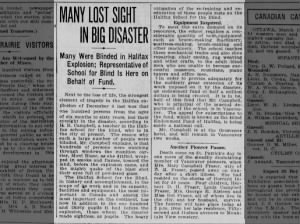 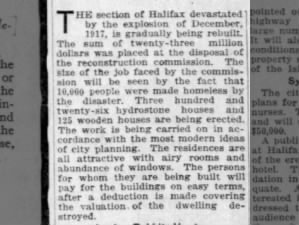 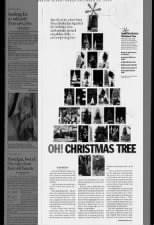