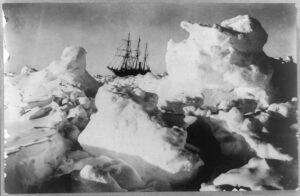 Endurance trapped in the ice during the Shackleton expedition to Antarctica, 1915

The Imperial Trans-Antarctic Expedition (1914–1917) was a British expedition to Antarctica led by Sir Ernest Shackleton. Though it failed to reach its objective, the Shackleton expedition became a famous survival story.

On December 5, 1914, Ernest Shackleton and 27 crew members set sail in the Endurance from the island of South Georgia. The expedition planned to make the first crossing of the Antarctic continent.

Trapped in the Pack Ice

On January 18, 1915, the Endurance became trapped in the pack ice during a storm. After the immobilized ship had drifted for 9 months, pressure from the ice finally caused the sides to open up, and water flooded the Endurance. Shackleton gave orders to abandon ship on October 27, 1915.

Journey Across the Ice

On November 21st, the Endurance sank, and the crew began trekking across the ice. They survived challenging terrain, subfreezing temperatures, hurricane-force winds, and food shortages.

In April 1916, the men boarded lifeboats they had salvaged from the Endurance and reached uninhabited Elephant Island after a harrowing seven-day journey.

In a last-ditch attempt at survival, Shackleton and five others set sail for South Georgia. They arrived after rowing and sailing more than 800 miles over two weeks in rough seas.

All attention then turned to the rescue of the 22 men left on Elephant Island. After three failed attempts, Shackleton’s fourth try was a success. On August 30, 1916, 634 days after first leaving South Georgia, the remaining crew was rescued from Elephant Island. Incredibly, every man from the Endurance survived.

In 2022, an international team discovered the wreck of the Endurance at the bottom of Antarctica’s Weddell Sea.

Learn more about the Shackleton Expedition through historical newspapers from our archives. Explore newspaper articles, headlines, images, and other primary sources below.

Articles and Clippings about the Shackleton Expedition 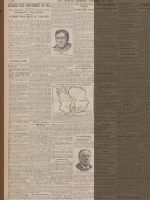 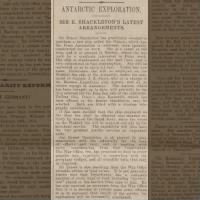 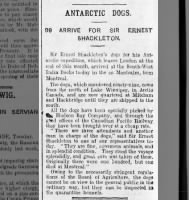 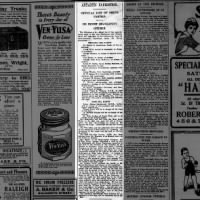 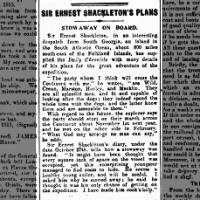 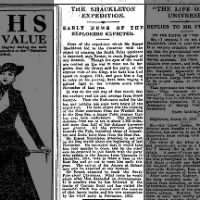 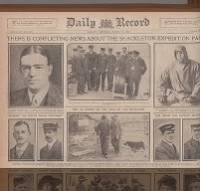 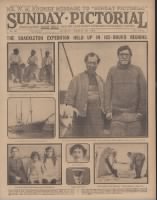 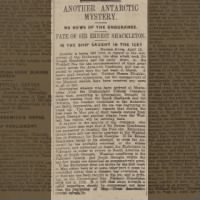 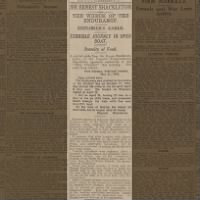 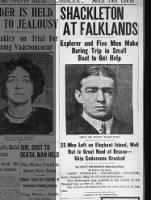 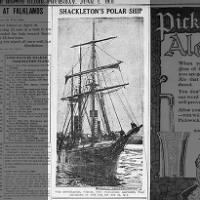 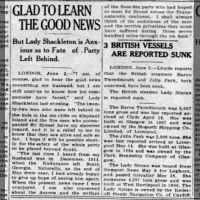 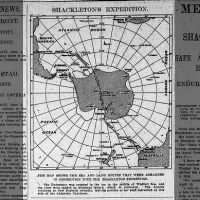 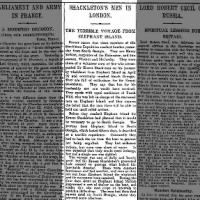 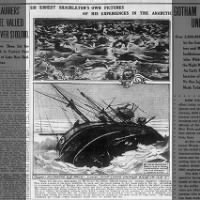 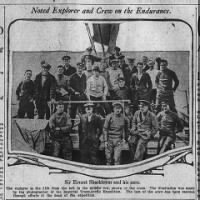 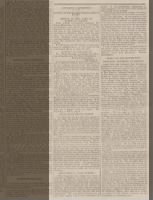 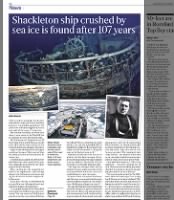