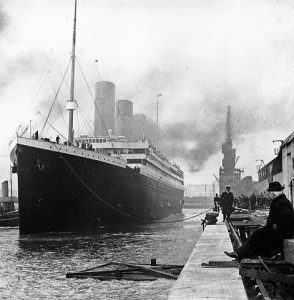 RMS Titanic was a British luxury passenger ship that sank on April 14-15, 1912, during its maiden voyage. Around 1,500 of the estimated 2,240 passengers and crew perished in the sinking, and the now-famous disaster has become the legendary subject of numerous books and movies.

Building of the Titanic

The ship, constructed by the White Star Line, included fifteen watertight bulkheads that could be sealed in case of a hull breach. This revolutionary design led to claims that she would be unsinkable. Passenger accommodations were notable in both their ornate decoration and level of comfort.

Nearby ships warned of icebergs, but the Titanic kept up her pace. Just before midnight on April 14th, lookouts spotted an iceberg dead ahead; the ship turned in vain to avoid a collision. Five of the bulkheads were breached, and as the ship began to sink, water flowed over the bulkhead walls to fill even more compartments.

Sinking of the Titanic and Rescue of Survivors

Captain Edward J. Smith ordered a distress signal to be sent; it was received by the Carpathia, which immediately set off in the direction of the Titanic. The twenty lifeboats that had been included on the Titanic would carry barely half the passengers and were launched well under capacity. Around 2:20 a.m. on April 15, the last of the Titanic slipped under the freezing ocean water. Carpathia arrived almost an hour later and picked up the lifeboats, which carried only 705 survivors.

In September of 1985, the wreckage of the Titanic was first found and photographed by a submersible sled from Robert Ballard’s expedition. Subsequent study and salvage from the wreckage has led to new speculation about how the unsinkable ship sank that night in 1912.

Learn more about the RMS Titanic through historical newspapers from our archives. Explore newspaper articles, headlines, images, and other primary sources below.

Articles and Clippings about RMS Titanic 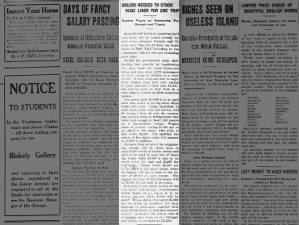 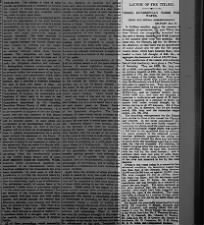 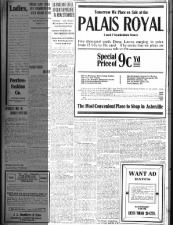 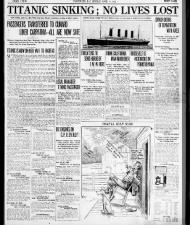 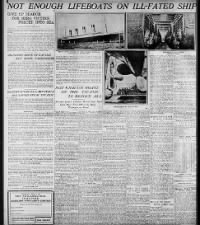 Not enough lifeboats on the RMS Titanic to rescue all passengers Wed, Apr 17, 1912 – Page 2 · The Philadelphia Inquirer (Philadelphia, Pennsylvania) · Newspapers.com 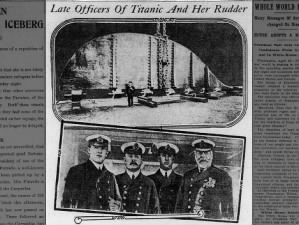 Picture of officers of the RMS Titanic who went down with the ship Wed, Apr 17, 1912 – 2 · The Baltimore Sun (Baltimore, Maryland) · Newspapers.com 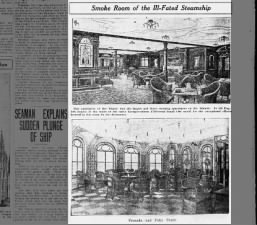 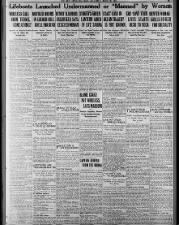 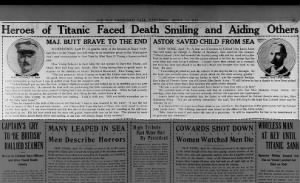 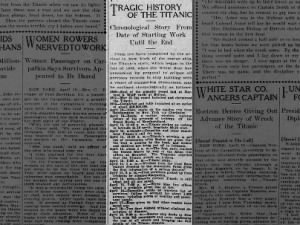 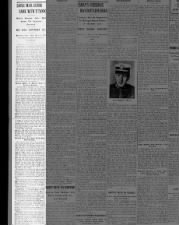 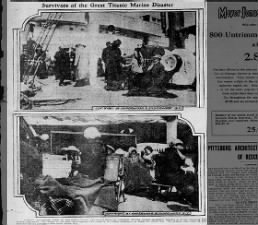 Photos of survivors of the RMS Titanic aboard the Carpathia an hour after their rescue Sun, Apr 21, 1912 – Page 4 · The Pittsburgh Press (Pittsburgh, Pennsylvania) · Newspapers.com Inquiries and explanations about the sinking of the RMS Titanic Mon, Apr 22, 1912 – 9 · The Guardian (London, Greater London, England) · Newspapers.com 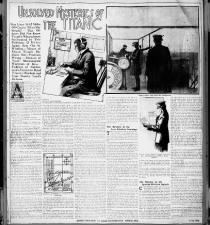 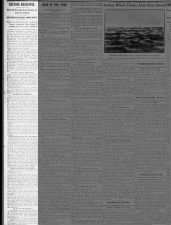 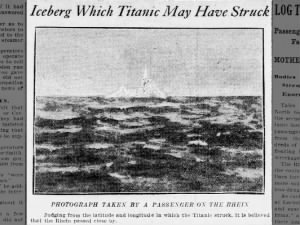