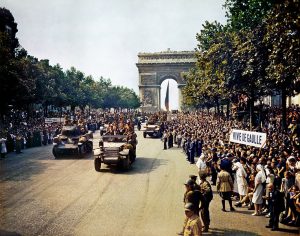 Victory parade passes through the Arc de Triomphe on August 26, 1944, following the liberation of Paris

On August 25, 1944, German forces surrendered Paris to Allied troops, ending four years of occupation. This day and the battles that led up to it are known as the Liberation of Paris.

As Operation Overlord drew to an end, reclaiming Paris was not considered a main Allied objective. Hitler had threatened complete destruction of the historically and culturally significant city in the event of an Allied attack. But with the approach of the US Third Army, led by General George S. Patton Jr., French Forces of the Interior (the armed division of the French Resistance) rose up against the German garrison in Paris beginning August 15, 1944, while workers throughout the city went on strike.

On August 22, it was decided that General Jacques-Philippe Leclerc’s 2nd Armored Division, backed up by the US 4th Infantry Division, would march on Paris. They set out the following day and were stalled south of the city by German defenses.

The 9th Company of the Infantry of Chad entered Paris first through Port d’Italie in the late hours of August 24. The rest of the 2nd Armored Division followed in the early hours of the 25th. Germans forces resisted until German garrison commander Dietrich von Choltitz officially surrendered the still-intact city.

That evening de Gaulle gave a rousing speech to a crowd gathered at the Hotel de Ville. On August 26, de Gaulle and Leclerc joined a parade along the Champs-Élysées to the cheers of assembled Parisians before it was broken up by shots from lingering German snipers. Celebrations continued through the following days, while De Gaulle assumed control as head of the Provisional Government of the French Republic and Allied forces worked to feed the hungry city.

Learn more about the Liberation of Paris through historical newspapers from our archives. Explore newspaper articles, headlines, images, and other primary sources below.

Articles and Clippings about the Liberation of Paris 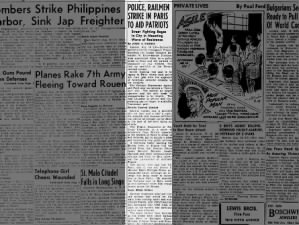 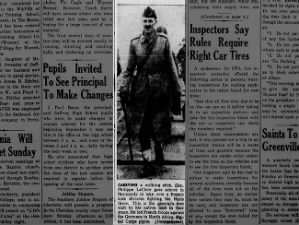 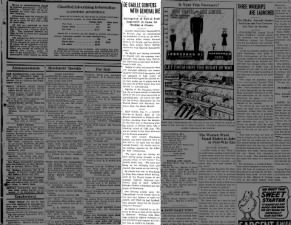 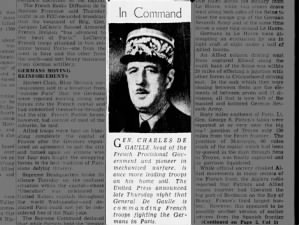 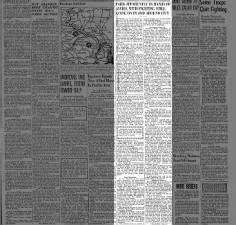 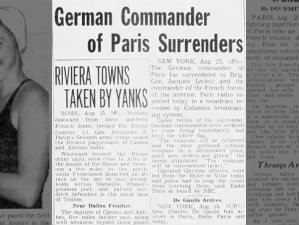 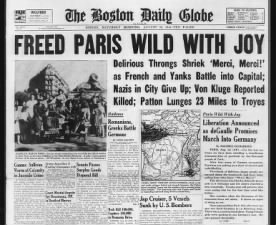 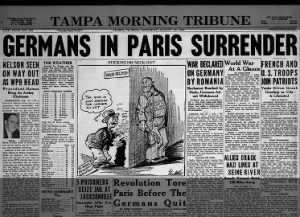 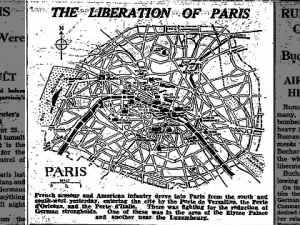 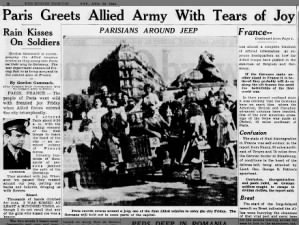 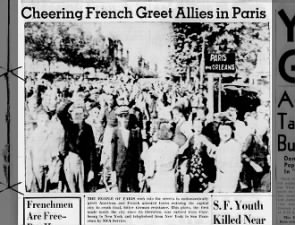 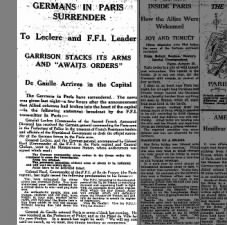 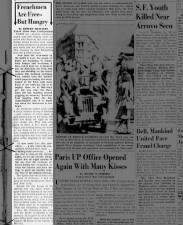 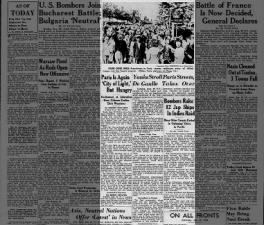 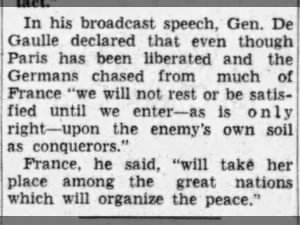 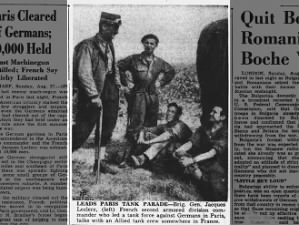 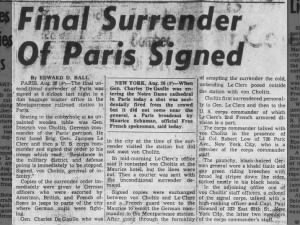 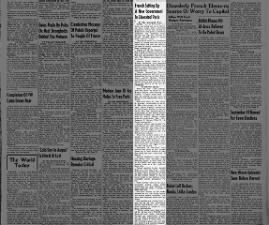 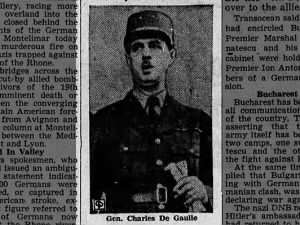 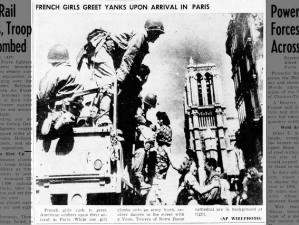 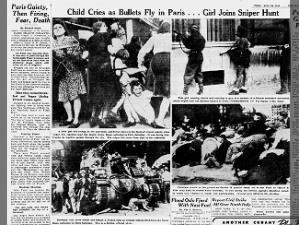 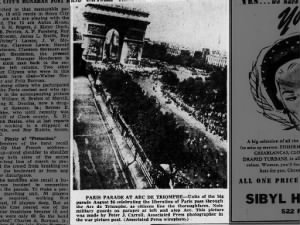