The Battle of Stalingrad (23 August 1942 – 2 February 1943) was the largest confrontation of World War II, in which Germany and its allies fought the Soviet Union for control of the city of Stalingrad (now Volgograd) in Southern Russia.

Marked by fierce close quarters combat and direct assaults on civilians in air raids, it was the largest (nearly 2.2 million personnel) and bloodiest (1.8–2 million killed, wounded or captured) battle in the history of warfare. After their defeat at Stalingrad, the German High Command had to withdraw vast military forces from the Western Front to replace their losses. Wikipedia

Learn more about the Battle of Stalingrad through historical newspapers from our archives. Explore newspaper articles, headlines, images, and other primary sources below.

Articles and Clippings about the Battle of Stalingrad 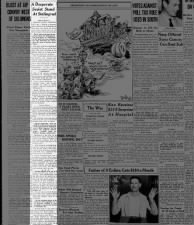 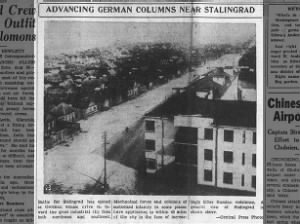 Image of the city of Stalingrad before the battle Wed, Aug 26, 1942 – 1 · Vidette-Messenger of Porter County (Valparaiso, Indiana) · Newspapers.com 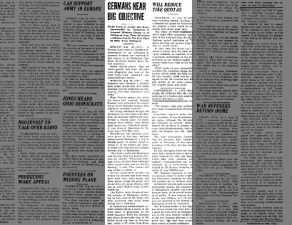 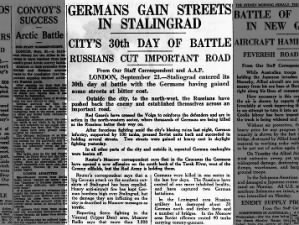 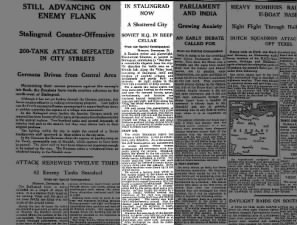 Eye witness account from inside Stalingrad describing the scenes and effects of the battle Fri, Sep 25, 1942 – 5 · The Guardian (London, Greater London, England) · Newspapers.com 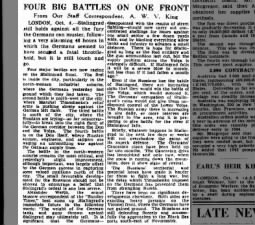 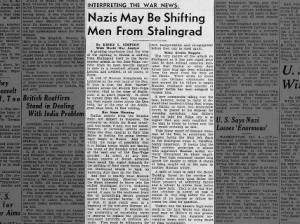 Germans' focus on Stalingrad shifting to the Soviet counterattack between the Don and Volga rivers Fri, Oct 9, 1942 – 6 · The Tampa Tribune (Tampa, Florida) · Newspapers.com 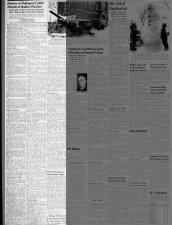 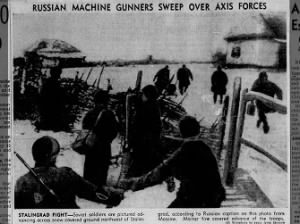 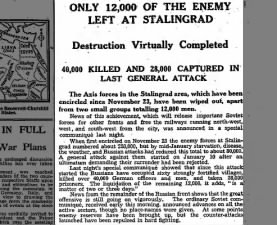 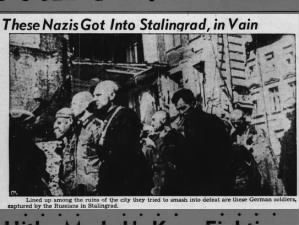 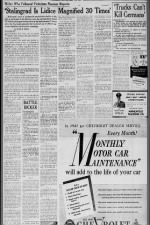 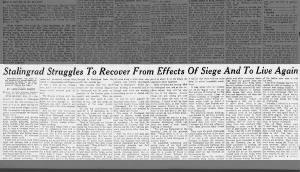 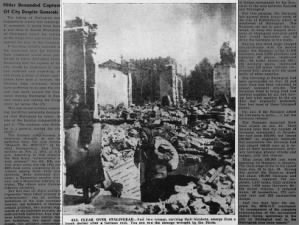 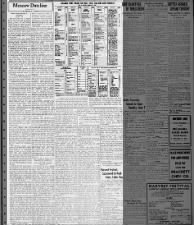