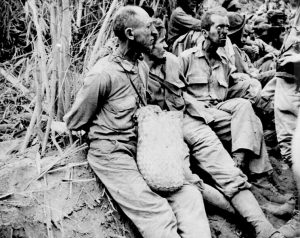 During the Bataan Death March, which began April 9, 1942, tens of thousands of American and Filipino soldiers were forced on a grueling 65-mile trek across the Philippine island of Luzon, following their surrender to the Japanese. Thousands of men died on the march, and thousands more would die later in prisoner of war camps.

The Japanese landed 43,000 troops on the main Philippine island of Luzon on December 22, 1941. American and Filipino troops, under General Douglas MacArthur, retreated to the Bataan peninsula, where they resisted the Japanese for months, enduring starvation, disease, and exhaustion in addition to the fighting.

Finally, on April 9, 1942, Major General Edward King surrendered all 76,000 American and Filipino troops under his command to the Japanese. The prisoners of war were divided by the Japanese into groups of 100 to begin the journey to the POW camps at Camp O’Donnell.

The arduous 65-mile trek in blazing hot temperatures lasted about 5 to 10 days, and the already enervated men were allowed little food or water. They also faced numerous instances of brutality by their Japanese captors, from beatings to killings

The men were marched dozens of miles to a rail station at San Fernando, where they were crammed a hundred at a time into boxcars meant for 40. Additional men died on this train journey from suffocation, exhaustion, and dehydration. Estimates vary widely, but at least 500 Americans and 2,500 Filipinos (though likely far many more) died on the march and in the boxcars.

Things did not improve for the tens of thousands of men who survived to reach the POW camps. There were far more prisoners of war than the Japanese had anticipated, and conditions in the camps were horrific. Several hundred men died a day, with total deaths in the camps estimated at around 1,500 Americans and 26,000 Filipinos.

After the war, the Bataan Death March was designated a war crime, and various Japanese military leaders were executed or imprisoned for their role in it.

Learn more about the Bataan Death March through historical newspapers from our archives. Explore newspaper articles, headlines, images, and other primary sources below.

Articles and Clippings about the Bataan Death March 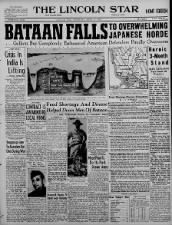 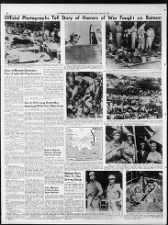 News, stories, and photos from the fall of Bataan to the Japanese in April 1942 Fri, Apr 10, 1942 – Page 10 · Palladium-Item (Richmond, Wayne, Indiana, United States of America) · Newspapers.com 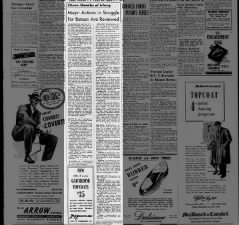 Timeline of events in Bataan leading up to the American and Filipino surrender on April 9, 1942 Fri, Apr 10, 1942 – Page 3 · The Philadelphia Inquirer (Philadelphia, Philadelphia, Pennsylvania, United States of America) · Newspapers.com 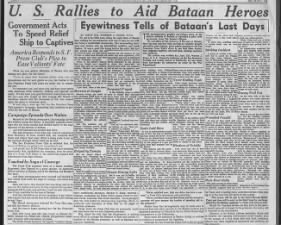 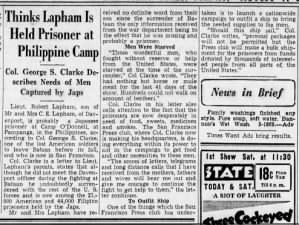 Local family is informed their soldier son is likely a POW after the American surrender in Bataan Fri, Aug 7, 1942 – 5 · The Daily Times (Davenport, Scott, Iowa, United States of America) · Newspapers.com 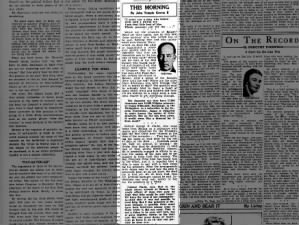 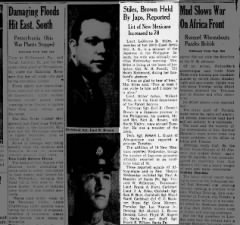 List of New Mexicans being held as prisoners by the Japanese in the Philippines increases to 78 Thu, Dec 31, 1942 – Page 2 · Albuquerque Journal (Albuquerque, Bernalillo, New Mexico, United States of America) · Newspapers.com 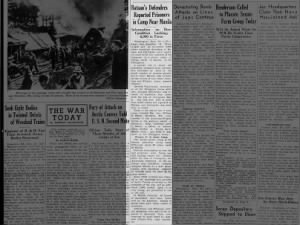 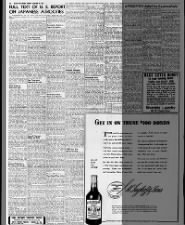 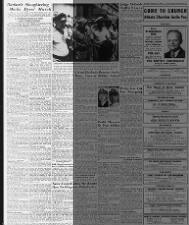 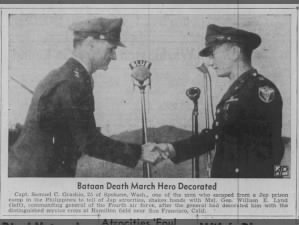 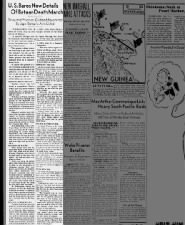 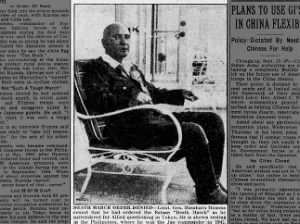 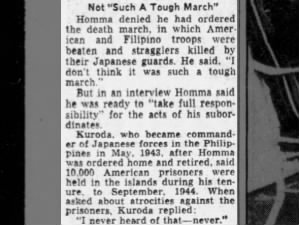 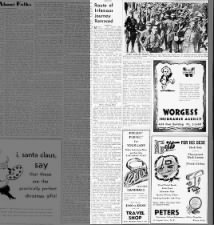 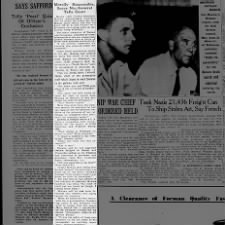 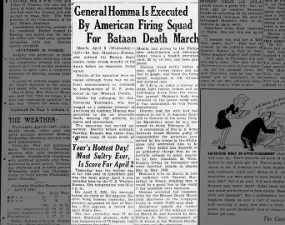