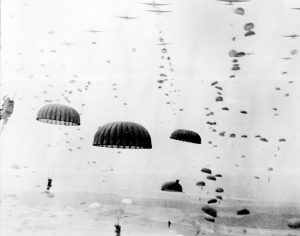 Operation Market Garden was an unsuccessful British-American airborne invasion of the Netherlands (Holland) during World War II that lasted September 17-25, 1944. It was the largest airborne operation of the war, involving more than 34,000 airborne troops.

The operation began on September 17, 1944, with Allied paratroopers and glider troops being dropped into various landing zones in the Netherlands. The first day was largely successful, and many of the bridges were captured (or destroyed by the Germans) by the second day.

At Arnhem, the British had been dropped on the first day about 7 or 8 miles from their objective, and only one British battalion made it to the bridge. Cut off from the majority of the British airborne troops (who became trapped at Oosterbeek), the battalion held the northern end of the bridge until the 21st, before being overwhelmed by the Germans.

Although Operation Market Garden did not achieve its ultimate objective of getting the Allies across the Rhine and into Germany, the offensive did free parts of the Netherlands from German control. The operation is often remembered for the bravery shown by the Allied troops involved, despite the heavy casualties sustained by some divisions.

Learn more about Operation Market Garden through historical newspapers from our archives. Explore newspaper articles, headlines, images, and other primary sources below. 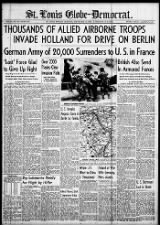 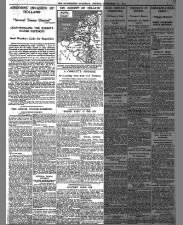 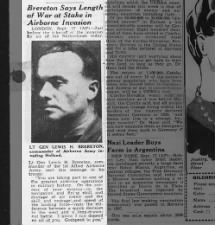 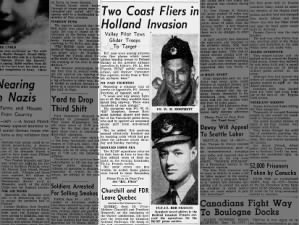 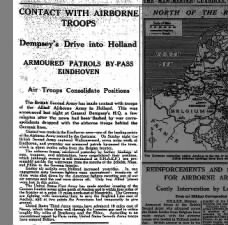 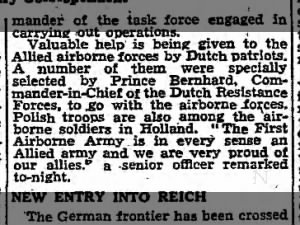 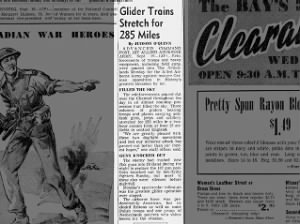 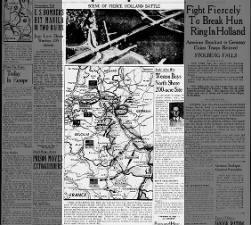 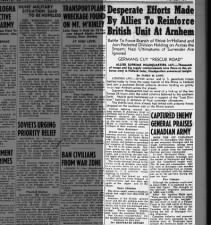 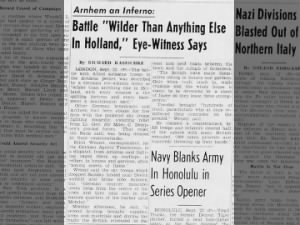 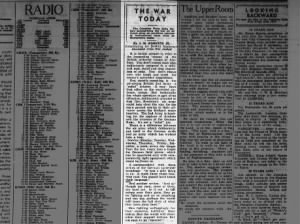 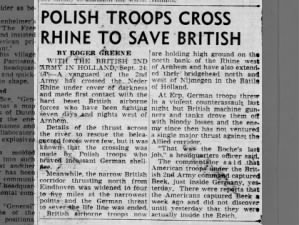 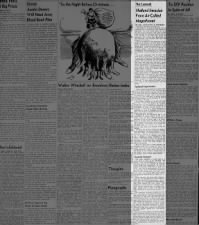 Opinion: There is nothing "revolutionary" in airborne tactics in Operation Market Garden Mon, Sep 25, 1944 – 4 · The Austin American (Austin, Texas) · Newspapers.com 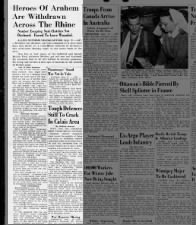 "Heroes of Arnhem Are Withdrawn Across the Rhine" at end of Operation Market Garden Wed, Sep 27, 1944 – 1 · The Ottawa Citizen (Ottawa, Ontario, Canada) · Newspapers.com 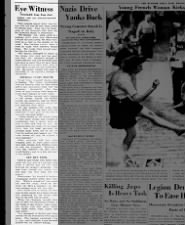 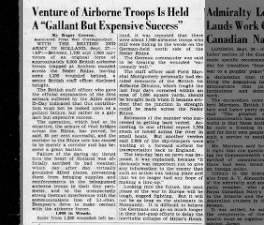 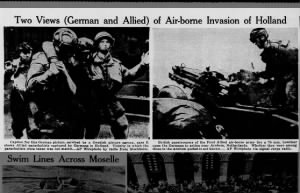 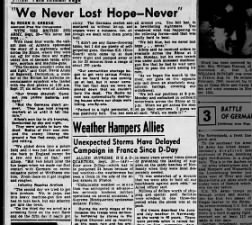 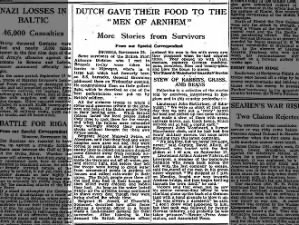 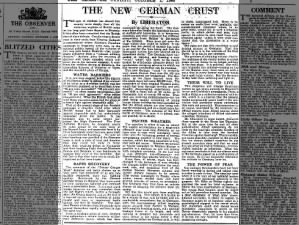 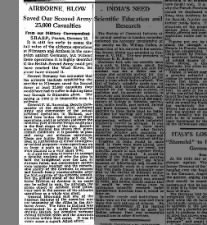 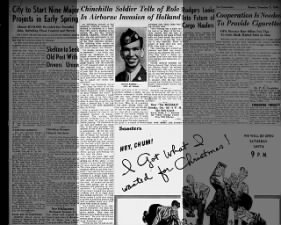