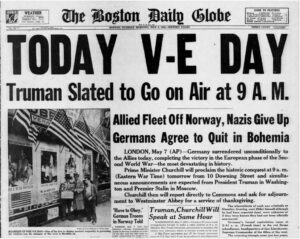 Victory in Europe Day (V-E Day, May 8 or May 9, 1945) marked Nazi Germany’s unconditional surrender during World War II and the end of the war in Europe.

News of the end of the war in Europe had been expected for some time, and after Hitler’s suicide at the end of April 1945 the Allies knew German surrender was at hand. The Allies began meeting with Germany’s leaders to discuss its capitulation on May 4, and the surrender documents were signed on May 7.

News of the surrender began breaking that same day, and exultant crowds poured into the streets across Allied nations. However, official celebrations were postponed until the following day, May 8 (and in some cases May 9).

In the United States, V-E Day was marked by a 9 a.m. speech by President Harry Truman, in which he reminded Americans that there was still more fighting ahead and set aside the following Sunday as a day of prayer. Celebrations were held throughout the country, most famously in New York City’s Times Square.

In the United Kingdom, Prime Minister Winston Churchill gave a speech at 3 p.m., and crowds gathered at Piccadilly Circus, Trafalgar Square, and elsewhere. The royal family made multiple appearances on the balcony of Buckingham Palace to greet their cheering subjects.

In Canada, the day was marred by riots and looting in Halifax, Nova Scotia, spurred by the closing of pubs and liquor stores on V-E Day. Australia’s celebrations tended to be more somber, since the war in the Pacific was a bigger concern for many Australians. In New Zealand, leaders decided to postpone official celebrations until Churchill made his official announcement from London, so New Zealanders celebrated on May 9 due to the time difference. Russia also announced the victory on May 9, per Stalin’s wishes.

Despite celebrations, the excitement of V-E Day was tempered by memories of loved ones who had been killed in the war and by worry for those still serving overseas. The day was also marked by the sobering reminder that World War II was not yet over, as the fight in the Pacific was still raging. The war would not end until September 1945, with the surrender of Japan.

Learn more about Victory in Europe Day (V-E Day) through historical newspapers from our archives. Explore newspaper articles, headlines, images, and other primary sources below.

Articles and Clippings about Victory in Europe Day (V-E Day) 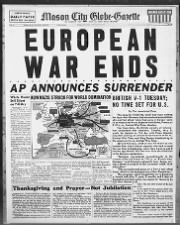 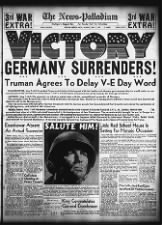 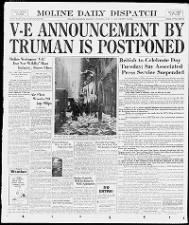 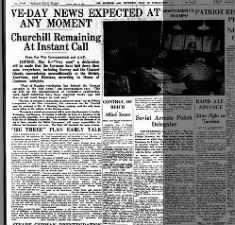 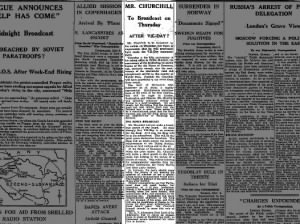 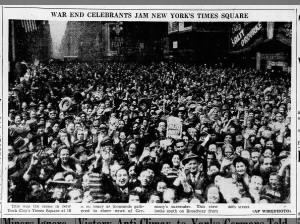 Photo of the crowd in New York City's Times Square celebrating victory in Europe on May 7, 1945 Mon, May 7, 1945 – Page 1 · The Decatur Daily Review (Decatur, Illinois) · Newspapers.com 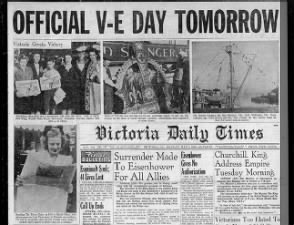 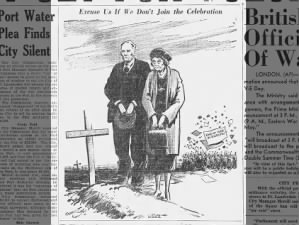 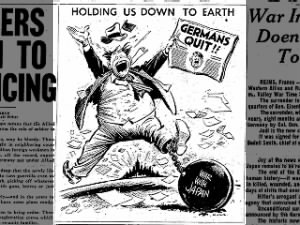 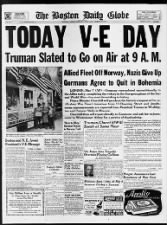 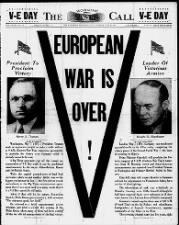 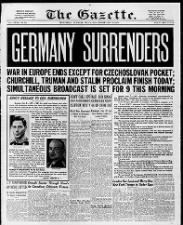 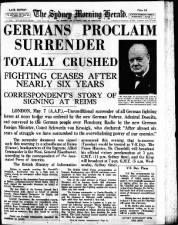 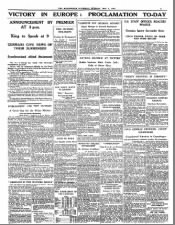 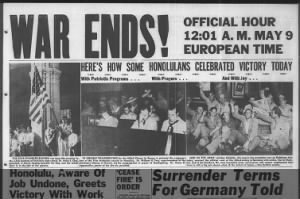 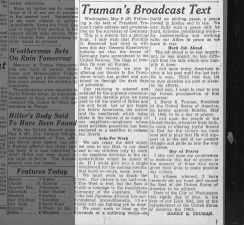 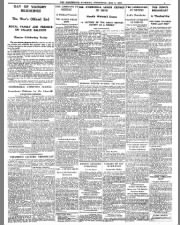