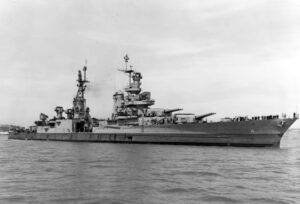 The USS Indianapolis was a U.S. Navy cruiser that was torpedoed and sunk on July 30, 1945, shortly after delivering components of the atomic bomb. The sinking and aftermath led to the deaths of 880 men.

The Indianapolis was a Portland-class cruiser constructed in 1931 and commissioned by the U.S. Navy the following year. Prior to World War II, the ship operated in the Atlantic and Pacific oceans.

The Indianapolis operated in the Pacific Theater during World War II as an aircraft carrier, and in 1943 it became the flagship of the U.S. Fifth Fleet under Vice Admiral Raymond Spruance. In 1945 it participated in the bombardment of Iwo Jima.

In July, 1945, the Indianapolis was sent with a crew of 1,196 men to a U.S. airbase located on Tinian Island. Unbeknownst to the crew, their highly classified cargo included components of the atomic bombs that would later be dropped on Hiroshima and Nagasaki. After delivery, the Indianapolis continued its journey toward Leyte Gulf.

Shortly after midnight on July 30, the Indianapolis was torpedoed by the Japanese submarine I-58. The ship sank within 12 minutes. Approximately 900 men survived the sinking and were stranded with few supplies in shark-infested waters.

Four days passed before help arrived. In that time, nearly 600 survivors died from injuries, drowning, dehydration, salt poisoning, and shark attack. Only 316 men were rescued. Reports of the sinking were delayed until August 15, when they could be shared alongside headlines announcing the end of the war.

Indianapolis captain Charles B. McVay III was among the survivors. Though initially court-martialed for the loss of the ship, a congressional resolution passed in 2000 posthumously exonerated McVay of all wrongdoing.

Discovery of the Wreckage

Numerous attempts to find the Indianapolis over the years failed due to the depth and uncertain location of the sinking. The wreckage was finally located in 2017 by a research team led by Microsoft cofounder Paul Allen.

Learn more about the USS Indianapolis through historical newspapers from our archives. Explore newspaper articles, headlines, images, and other primary sources below.

Articles and Clippings about the USS Indianapolis 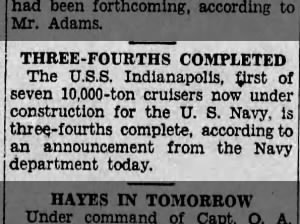 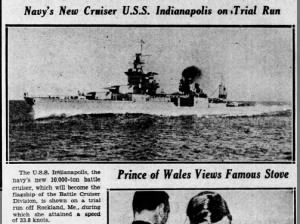 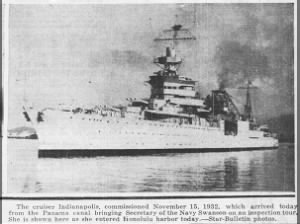 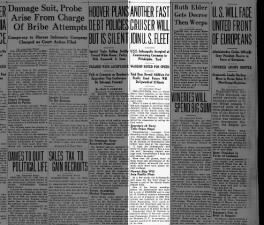 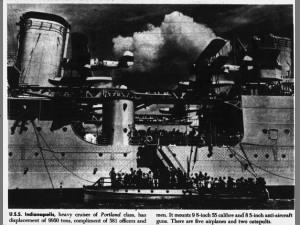 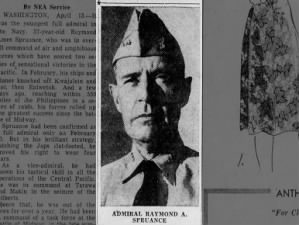 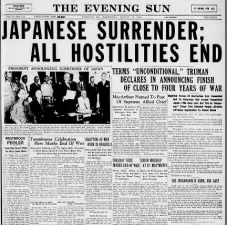 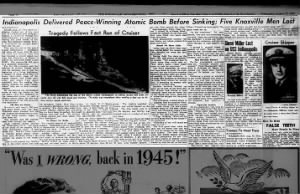 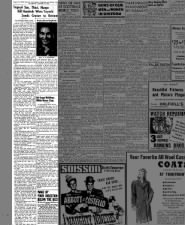 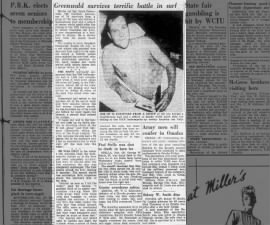 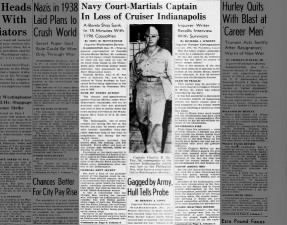 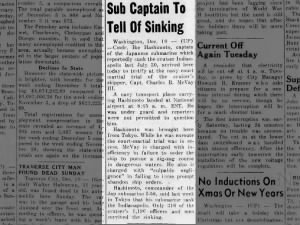 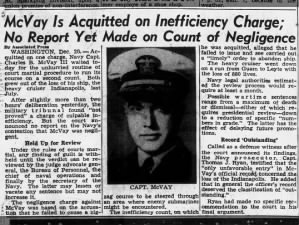 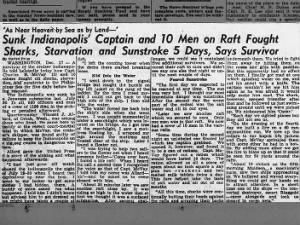 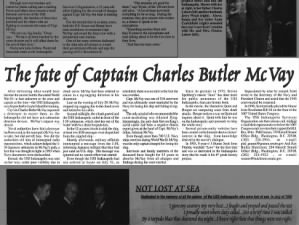 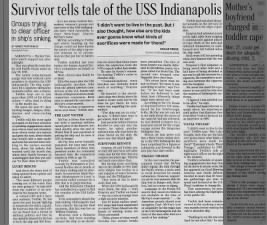 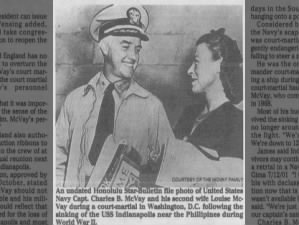 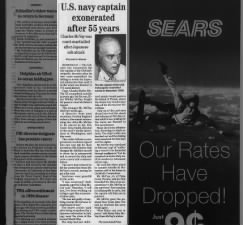 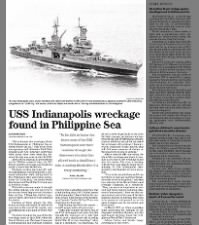