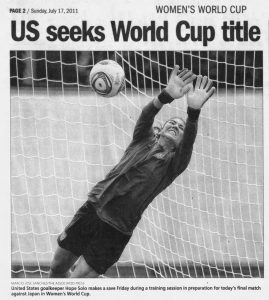 The FIFA Women’s World Cup is an international football competition contested by the senior women’s national teams of the members of Fédération Internationale de Football Association (FIFA), the sport’s global governing body. The competition has been held every four years since 1991, when the inaugural tournament, then called the FIFA Women’s World Championship, was held in China.

Under the tournament’s current format, national teams vie for 23 slots in a three-year qualification phase. (The host nation’s team is automatically entered as the 24th slot.) The tournament proper, alternatively called the World Cup Finals, is contested at venues within the host nation(s) over a period of about one month. Wikipedia

Learn more about the FIFA Women’s World Cup through historical newspapers from our archives. Explore newspaper articles, headlines, images, and other primary sources below.

Articles and Clippings about the FIFA Women’s World Cup 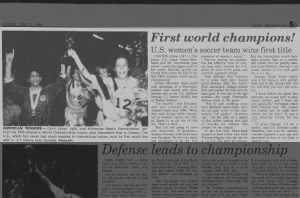 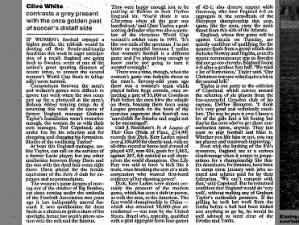 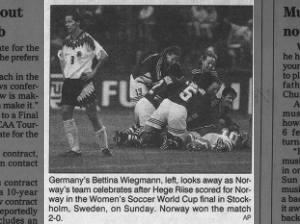 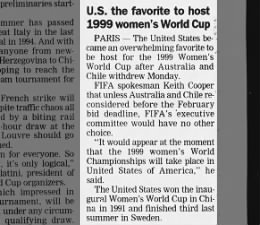 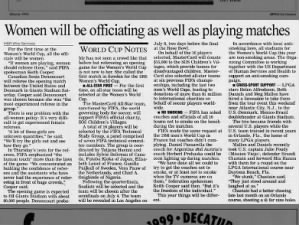 Women will be officiating for the first time in history of FIFA Sat, Jun 19, 1999 – Page 34 · Herald and Review (Decatur, Illinois) · Newspapers.com 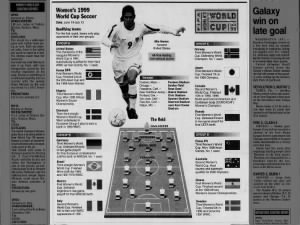 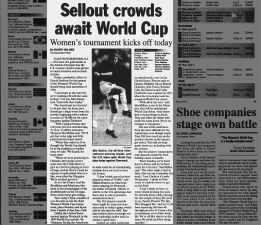 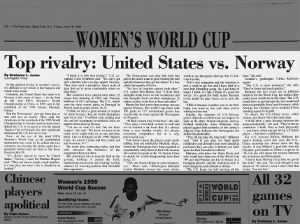 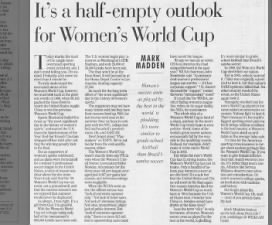 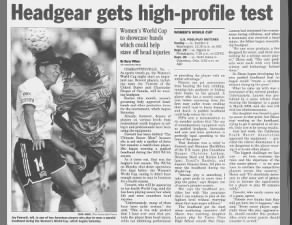 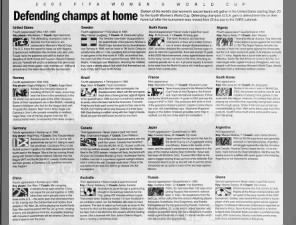 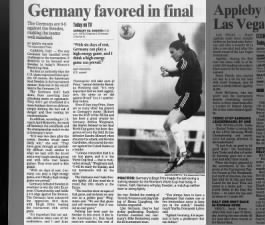 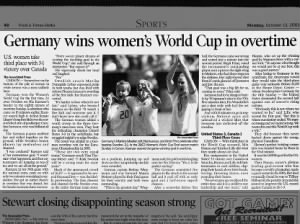 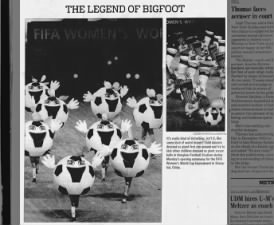 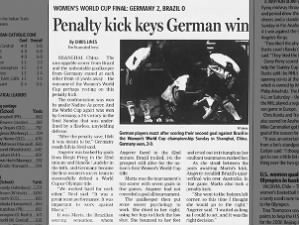 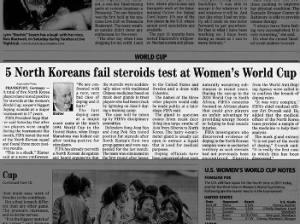 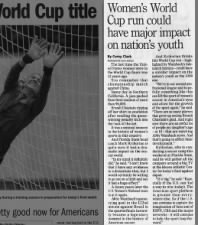 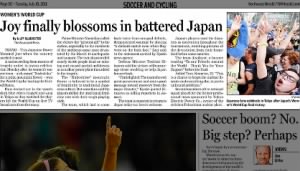 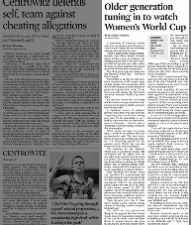 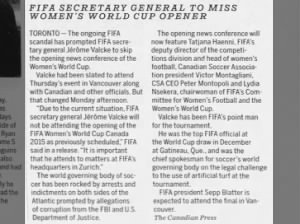 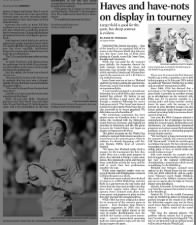 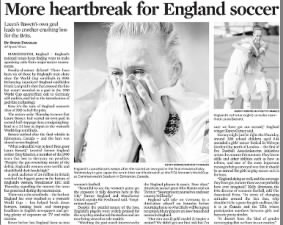 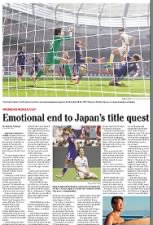 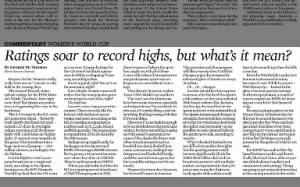 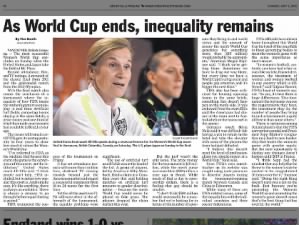 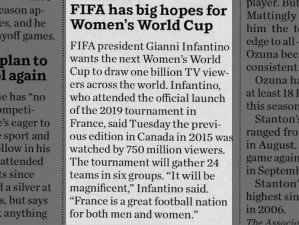