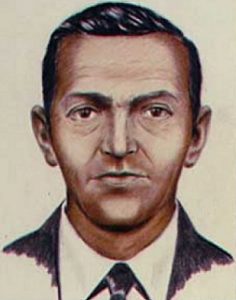 On November 24, 1971, a man going by the pseudonym Dan Cooper bought a one-way ticket for a flight between Portland and Seattle. During the flight he informed a flight attendant that he had a bomb. The man requested that he be given $200,000 in cash and 4 parachutes.

When the airplane landed in Seattle, the 36 passengers were released, and Cooper was granted his requests. Then per his orders, the plane took off again, headed toward Mexico City. However, somewhere on a route between Seattle and Reno, Nevada, Cooper jumped out of the Boeing plane. The exact jump location is a mystery, but it was likely somewhere over southern Washington.

Although the man gave his name as Dan Cooper, a mix-up in the media led to the creation of the moniker D.B. Cooper, which is what he is now most commonly called. His real name is unknown. He was described as being in his 40s with a height between 5’10” and 6’ tall. He wore a black raincoat, dark suit, clip-on tie, and sunglasses.

Despite a 45-year-long investigation and search, Cooper was never found, and the FBI closed active investigation on the case in 2016. The true identity of D.B. Cooper, as well as what happened to him following his disappearance, remains an unsolved mystery to this day, despite the many theories about the hijacking.

Learn more about the D.B. Cooper Hijacking through historical newspapers from our archives. Explore newspaper articles, headlines, images, and other primary sources below.

Articles and Clippings about the D.B. Cooper Hijacking 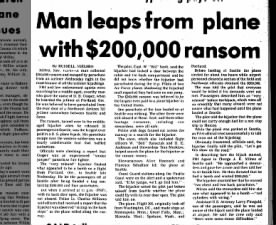 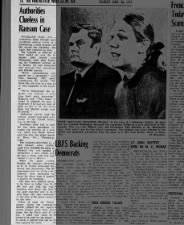 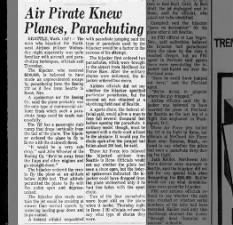 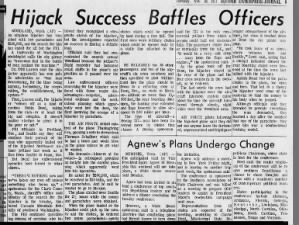 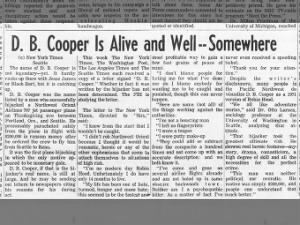 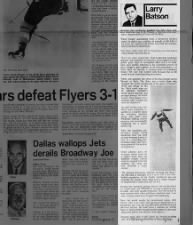 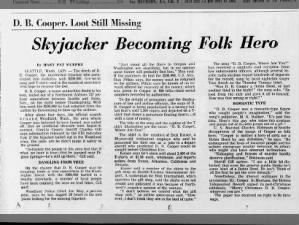 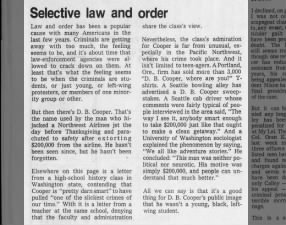 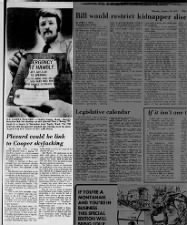 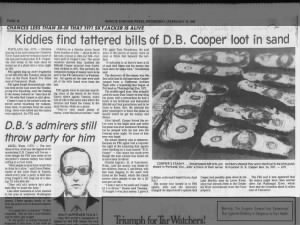 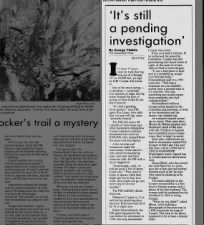 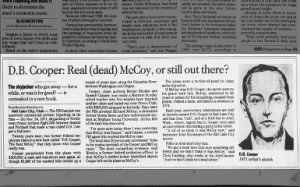 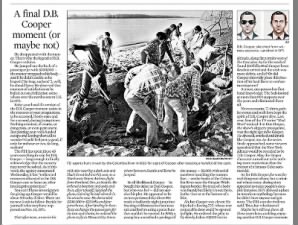