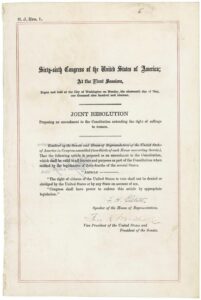 19th Amendment to the U.S. Constitution

Early national-level efforts for women’s rights were seen at the Seneca Falls Convention in New York in 1848. Though women began achieving voting rights on local and state levels over the following decades, there was no national legislation guaranteeing the right.

A proposed women’s suffrage amendment to the U.S. Constitution was introduced to Congress beginning in 1878. However, it didn’t come to a vote until 1887 and was rejected by the U.S. Senate.

Conflict within the Movement

The fight for women’s suffrage saw the creation, evolution, and merging of a host of local, state, and national organizations, which sometimes disagreed on policies, practices, and philosophies. One major disagreement was whether women’s suffrage should be achieved with amendments to individual state constitutions or with a single, national-level amendment.

Friction was also caused by the racism and nativism of some of the white suffragists. Suffragists of color were frequently sidelined and not always welcomed into suffrage organizations, and some white suffragists wanted voting rights extended only to white women.

Approaches to achieving women’s suffrage changed as the decades progressed, with the “suffragists” of the 19th century giving way in the 20th century to the more militant “suffragettes,” who organized marches and protests.

Women’s contributions during World War I helped make the case for giving them full voting rights, which was now endorsed by President Woodrow Wilson. Though a 1918 attempt to pass the 19th Amendment narrowly failed in the Senate, the amendment cleared both houses of Congress by June 1919, after which it was sent to the state legislatures for ratification.

Some state legislatures quickly ratified the 19th Amendment, but it faced heated debate or rejection in others. Though Southern states typically opposed the amendment, Tennessee became the deciding 36th state to ratify it–on August 18, 1920. It was adopted into the Constitution on August 26.

Though no restrictions based on race were included in the amendment text, in practice it mainly enfranchised white women. Poll taxes, literacy tests, intimidation, violence, and other discriminatory practices effectively prevented many women of color from voting until the passage of the Voting Rights Act of 1965 and beyond.

Learn more about the 19th Amendment through historical newspapers from our archives. Explore newspaper articles, headlines, images, and other primary sources below.

Articles and Clippings about the 19th Amendment 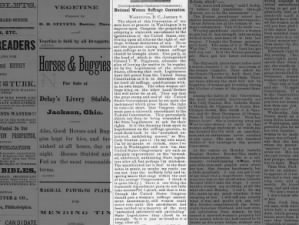 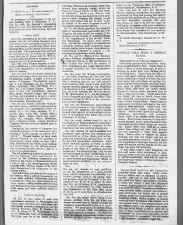 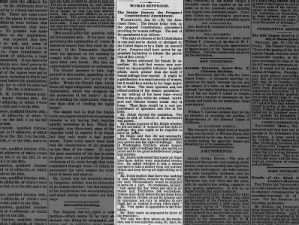 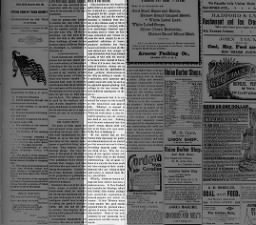 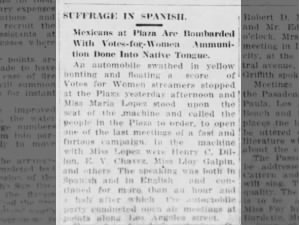 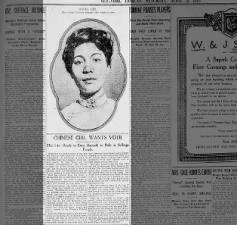 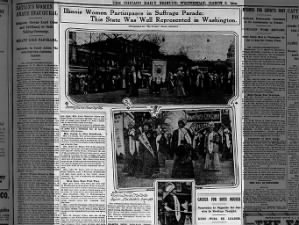 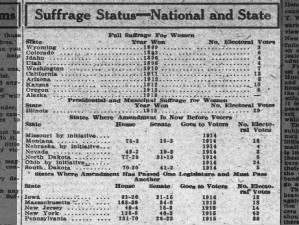 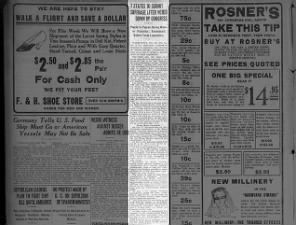 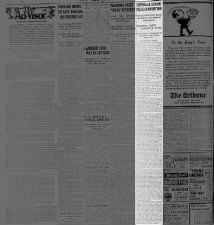 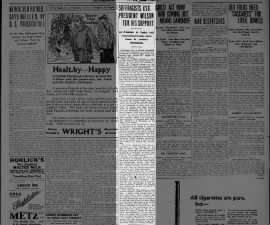 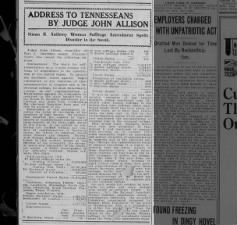 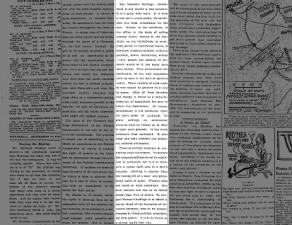 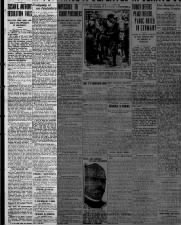 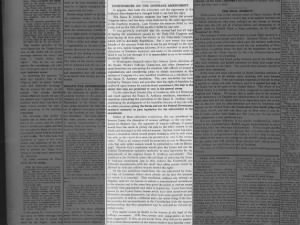 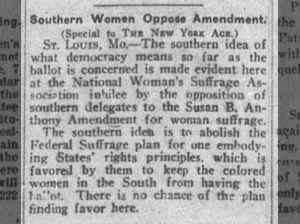 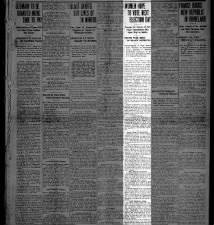 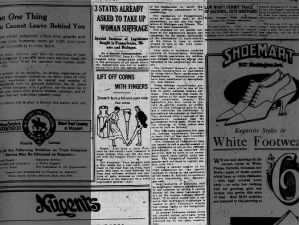 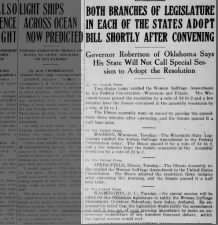 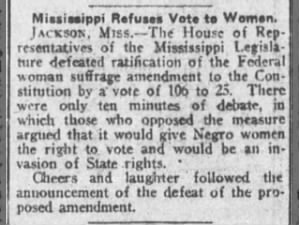 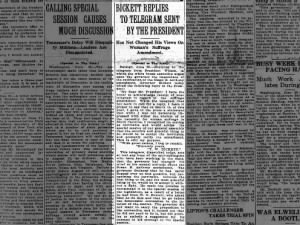 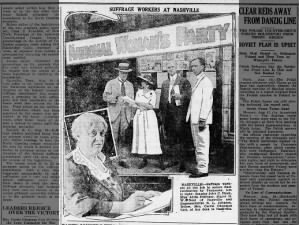 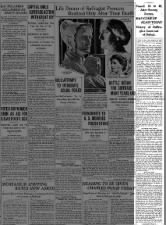 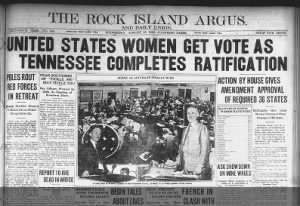 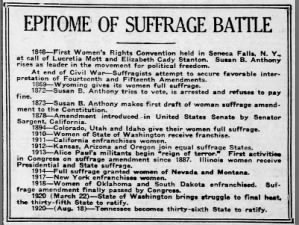 Timeline of 19th Amendment and women's suffrage published upon ratification in 1920 Wed, Aug 18, 1920 – 1 · Fort Worth Star-Telegram (Fort Worth, Texas) · Newspapers.com 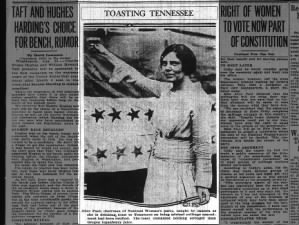 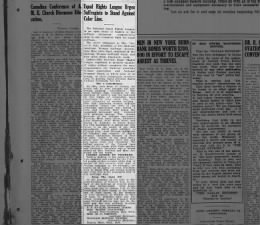 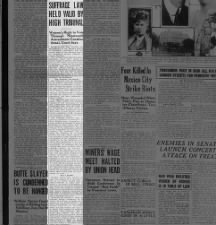