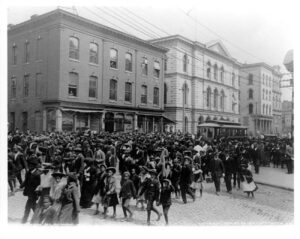 Juneteenth is an annual holiday commemorating the announcement of emancipation in Galveston, Texas, on June 19, 1865. More broadly, it celebrates the effective end of slavery in the United States.

Freedom from slavery happened sporadically throughout the Civil War as Union troops claimed outlying Confederate territory or as enslaved people escaped to freedom. President Lincoln’s Emancipation Proclamation, enacted in 1863, declared those enslaved in Confederate territory to be free. However, this relied on Union troops to enforce the order and war was still ongoing.

Following the end of the war in 1865, Union troops made their way through Confederate states to reclaim them and announce emancipation. In June, Union General Gordon Granger and his troops finally arrived in Galveston, Texas. On June 19, to a gathered crowd, General Granger read aloud the order that proclaimed, “all slaves are free.” Celebrations broke out throughout the state as news spread.

Over the following decades Emancipation Day, or Juneteenth as it would come to be known, was celebrated primarily in Texas. Gatherings were full of music, food, and prayer, and in many cases became a way for separated family members to find each other again.

Juneteenth spread throughout the country significantly in the 20th century as Black Texans migrated to other states and brought southern Black culture with them. Over the years, activities expanded to include educational programs, civil rights advocacy events, and more as the holiday became a broader day of both remembrance and recognition of the need for further progress.

By 1900, Juneteenth was an unofficial holiday in Texas. Interest in celebrations saw a resurgence in the 1980s and 90s, leading Texas to become the first to recognize Juneteenth as an official state holiday on January 1, 1980. Congress passed a resolution officially recognizing Juneteenth in 1997.

Major cities in all 50 states observe the holiday in some capacity, while 49 states and the District of Columbia officially recognize Juneteenth as either a state holiday or a special day of observance. It became a federal holiday in 2021.

Learn more about Juneteenth through historical newspapers from our archives. Explore newspaper articles, headlines, images, and other primary sources below.

Articles and Clippings about Juneteenth 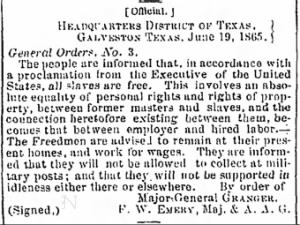 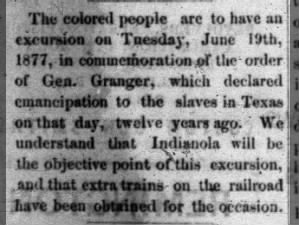 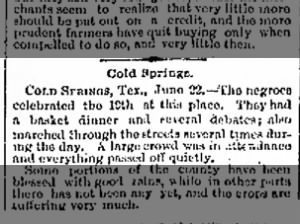 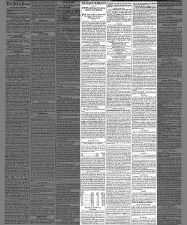 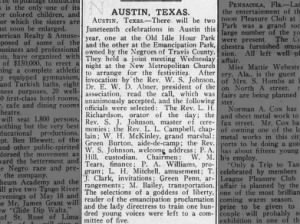 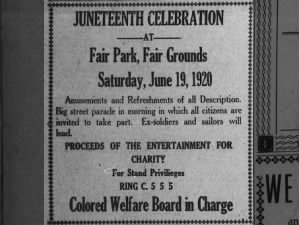 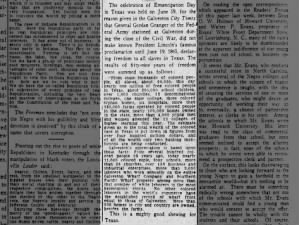 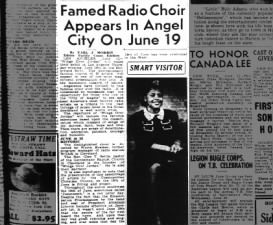 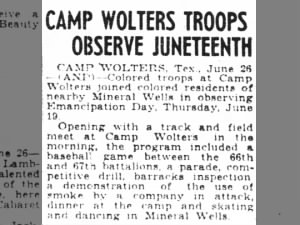 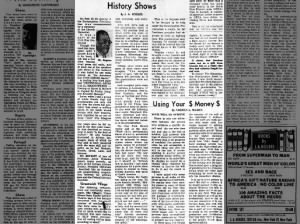 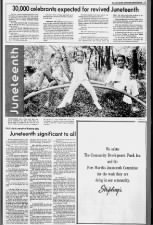 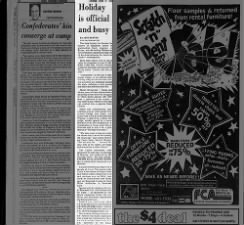 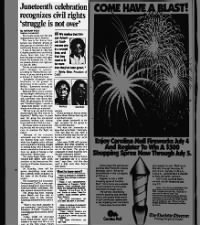 Juneteenth is both a celebration and a reminder that civil rights struggle is ongoing Sun, Jun 14, 1992 – 90 · The Charlotte Observer (Charlotte, North Carolina) · Newspapers.com 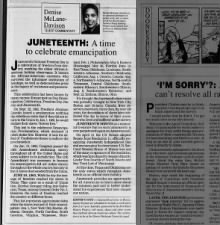 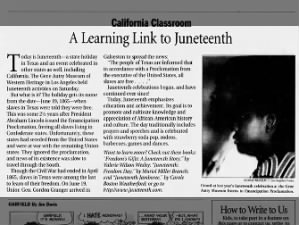 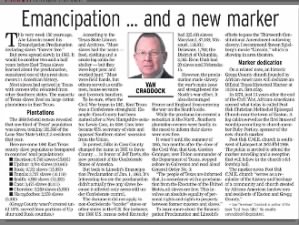 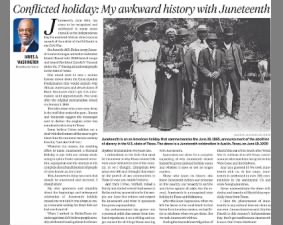 Opinion commentary on the complex history of Juneteenth, how it came to be, and its holiday status Fri, Jun 15, 2018 – 6 · The Atlanta Voice (Atlanta, Georgia) · Newspapers.com 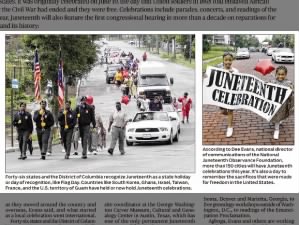