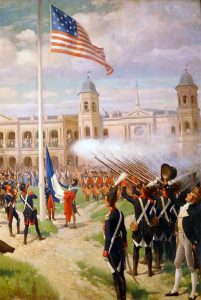 Hoisting of American Colors over Louisiana, by Thure de Thulstrup

In 1803, the United States purchased around 828,000 square miles of land from France for less than three cents per acre. Called the Louisiana Purchase, this sale doubled the size of the United States and paved the way for westward expansion.

In the early 1700s, France controlled the majority of what would become the United States. During the Seven Years’ War, France gave the Louisiana Territory west of the Mississippi River to Spain, and most remaining French holdings in North America went to Great Britain in 1763.

In 1800, Napoleon Bonaparte convinced Spain to retrocede the Louisiana Territory back to France. Wary that France would restrict access to the Mississippi River and the strategically vital port of New Orleans, President Thomas Jefferson asked U.S. minister Robert R. Livingston to negotiate for the purchase of New Orleans with French minister Charles-Maurice de Talleyrand.

Revolution in the French colony of Saint-Domingue and impending war with Great Britain likely contributed to Napoleon’s decision to sell not only New Orleans, but the entire Louisiana Territory. James Monroe joined Livingston in France, and the two U.S. ministers closed quickly on the deal. The United States would pay $11,250,000 outright and assume the claims of its citizens against France in the amount of $3,750,000. Authority of the territory was officially transferred to the United States in 1803.

The purchased territory stretched south to the Gulf of Mexico and northward to Canada, with the Mississippi River and the Rocky Mountains as natural boundaries on the east and west, respectively. Exact boundaries of the purchase were not decided until the later half of the 1810s, following years of negotiation with Spain and Great Britain.

The bargain price purchase is considered to be one of Jefferson’s most notable presidential achievements. The Lewis and Clark Expedition was commissioned to explore the new land beginning in 1804, and eventually fifteen states would be all or partly formed from the territory gained in the purchase.

Learn more about the Louisiana Purchase through historical newspapers from our archives. Explore newspaper articles, headlines, images, and other primary sources below.

Articles and Clippings about the Louisiana Purchase 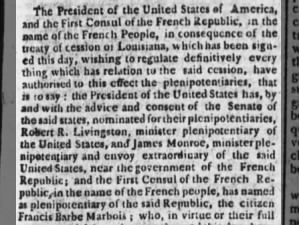 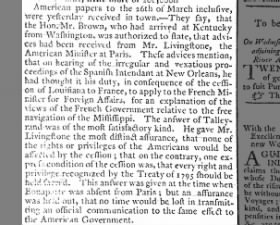 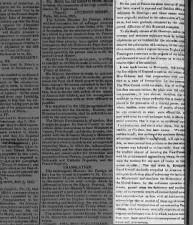 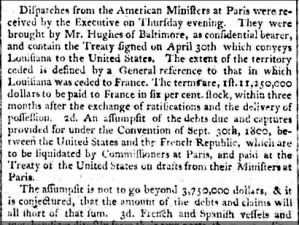 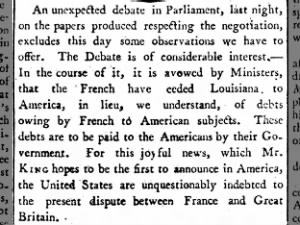 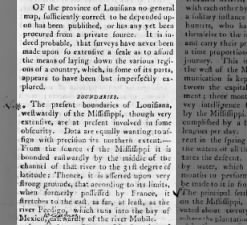 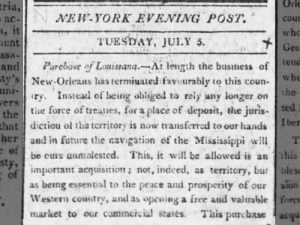 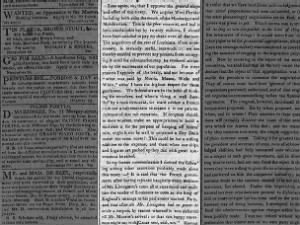 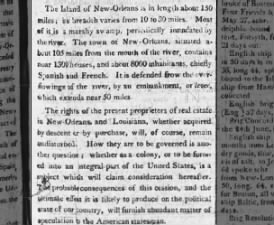 An editorial description of New Orleans and questions as to its future governance after purchase Tue, Jul 5, 1803 – Page 3 · The Evening Post (New York, New York) · Newspapers.com 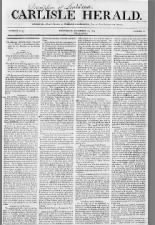 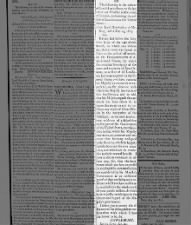 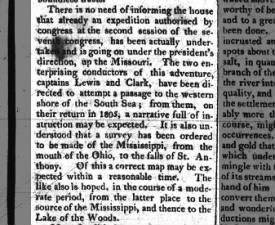