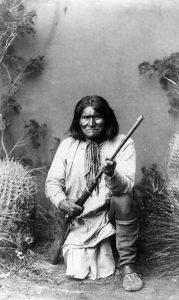 Geronimo (June 1829 – February 17, 1909) was a Native American resistance leader from the Bedonkohe band of the Chiricahua Apache tribe. He was best known for leading his warriors on violent raids against Mexican and U.S. targets and for escaping confinement on the Apache reservation multiple times.

Geronimo (Native American name Goyathlay) was born in what is now New Mexico. When Mexico ceded much of the American Southwest to the United States following the end of the Mexican-American War, Anglo-Americans began settling lands that had traditionally been used by the Apache. Tensions broke out between the Apache and settlers, resulting in violence and death on both sides.

There were also longstanding tensions between the Apache and Mexicans, and in 1858 Mexican soldiers killed Geronimo’s mother, wife, and three children. This led to Geronimo’s subsequent long campaign of revenge against Mexicans.

The Apache were moved to the San Carlos Reservation in Arizona in the mid-1870s, but Geronimo escaped from the reservation with a band of followers three separate times. The U.S. Army was sent after him, and he surrendered for the final time in 1886.

After being held in Texas, Florida, and Alabama, Geronimo was finally incarcerated in 1894 at Fort Sill, Oklahoma, where he remained for the rest of his life, though he was allowed some public appearances. He co-authored an autobiography called Geronimo: His Own Story in 1905. Geronimo died in 1909 after being thrown from a horse.

Learn more about Geronimo through historical newspapers from our archives. Explore newspaper articles, headlines, images, and other primary sources below.

Articles and Clippings about Geronimo 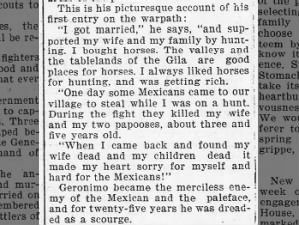 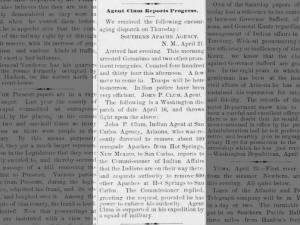 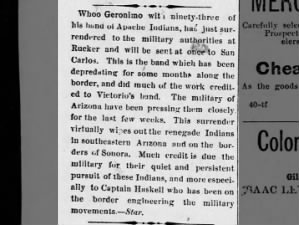 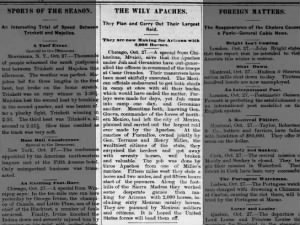 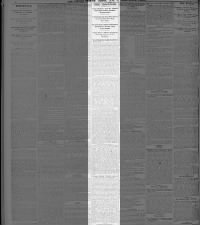 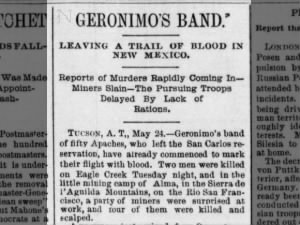 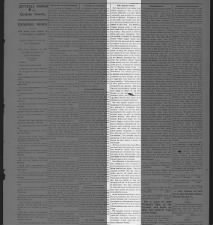 1886 summary of the difficulties the US Army faced in fighting the Apache Mon, Jan 25, 1886 – Page 3 · The Daily Tombstone (Tombstone, Arizona) · Newspapers.com 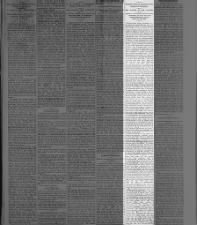 Firsthand account of Geronimo's final surrender in 1886 and the events leading up to it Thu, Sep 16, 1886 – Page 1 · The Leavenworth Weekly Times (Leavenworth, Kansas) · Newspapers.com 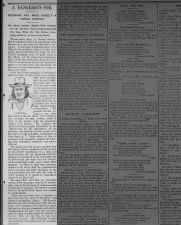 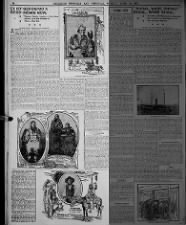 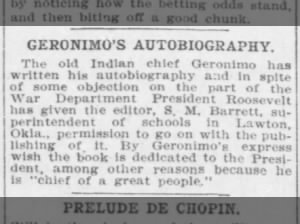 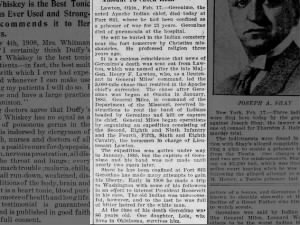 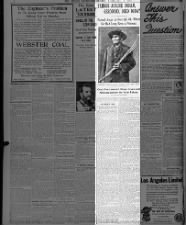 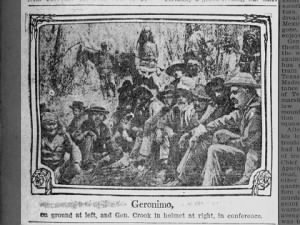 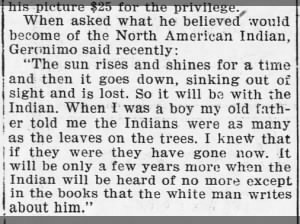