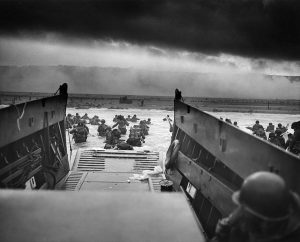 D-Day photo: “Into the Jaws of Death — U.S. Troops wading through water and Nazi gunfire,” by Robert F. Sargent

The Normandy landings of Operation Overlord during World War II—codenamed Operation Neptune but most commonly known as D-Day—took place on June 6, 1944. On this day, approximately 156,000 Allied troops crossed the English Channel in a massive amphibious military assault, breaking through the Germans’ extensively fortified Atlantic Wall to begin the invasion of German-occupied France.

As early as 1942, the Allies were considering an invasion of northwestern France, which had been occupied by Germany since 1940. Aware of this threat, Adolf Hitler ordered the construction of the “Atlantic Wall,” which consisted of landmines, bunkers, and other obstacles to fortify 2,400 miles of French coast.

In mid-1943, the Allies made definite plans for an Allied invasion the following year, to be headed by American general Dwight Eisenhower. The highly secret invasion of Normandy was scheduled to begin June 5, but due to poor weather it was postponed until the following day.

In the predawn hours before the beach landings, thousands of American, British, and Canadian paratroopers were dropped behind enemy lines on the eastern and western flanks of the landing zones. Their objective was to secure roads and bridges, which would both hinder the Germans’ ability to counterattack as well as facilitate the progress of the landing forces off the beaches.

The Allied landings on the beaches began at 6:30 a.m. American, British, and Canadian infantry divisions landed along a 50-mile stretch of Normandy coast on five beaches: Utah (assigned to the Americans), Omaha (Americans), Gold (British), Juno (Canadians), and Sword (British). Allied troops faced German resistance on all beaches, but the bloodiest fighting was on Omaha.

By the night of June 6, all five beaches had been captured, and the Allies had made progress in pushing their way inland. In total, about 156,000 infantrymen, 13,000 aircraft, and 6,000 ships participated in D-Day, and more than 4,000 Allied troops were killed.

Over the following 2 ½ months, the Allies fought their way through northern France. The Battle of Normandy was considered complete at the end of August, with the liberation of Paris and the retreat of German forces across the River Seine. The success of D-Day and the following Normandy campaign directly influenced the Allies ability to liberate Western Europe from German control.

Learn more about D-Day (Normandy Landings) through historical newspapers from our archives. Explore newspaper articles, headlines, images, and other primary sources below. 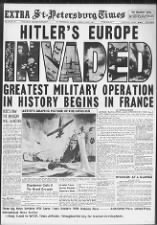 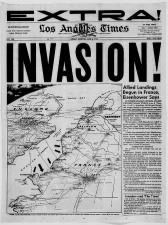 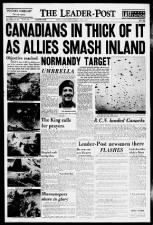 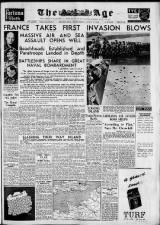 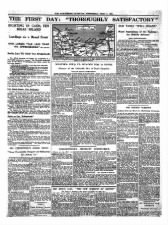 Headlines from a British paper about the Allied Normandy Landings in France during D-Day Wed, Jun 7, 1944 – 5 · The Guardian (London, Greater London, England) · Newspapers.com 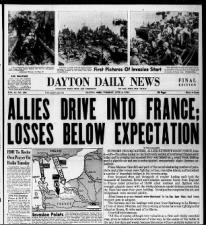 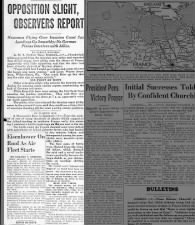 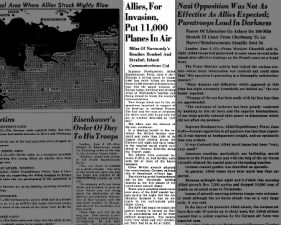 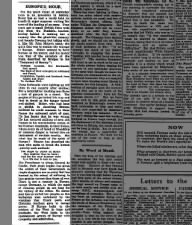 British editorial about the success of the D-Day invasion of France in 1944 Wed, Jun 7, 1944 – 4 · The Guardian (London, Greater London, England) · Newspapers.com 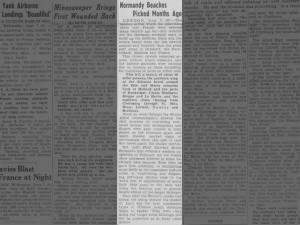 Normandy beaches were picked months prior as the area where the Americans would drive into France Wed, Jun 7, 1944 – Page 1 · The Mercury (Pottstown, Montgomery, Pennsylvania, United States of America) · Newspapers.com 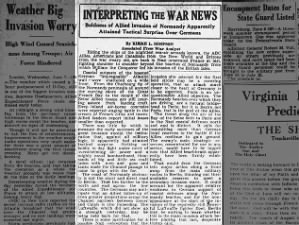 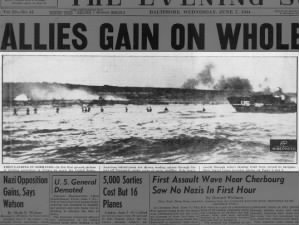 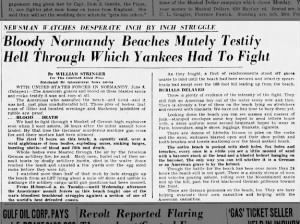 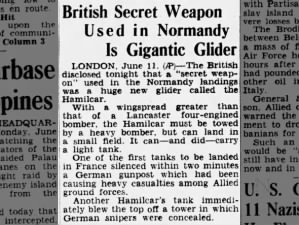 The British use the Hamilcar glider as their "secret weapon" during the Normandy landings Mon, Jun 12, 1944 – 1 · The Morning Call (Allentown, Lehigh, Pennsylvania, United States of America) · Newspapers.com 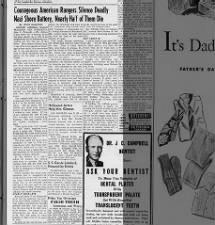 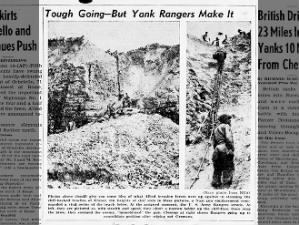 Photo of one of the places on the Normandy beaches where Rangers scaled the Pointe-du-Hoc cliffs Wed, Jun 14, 1944 – Page 1 · Bradford Evening Star and The Bradford Daily Record (Bradford, McKean, Pennsylvania) · Newspapers.com 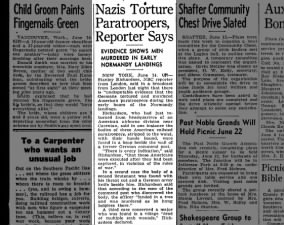 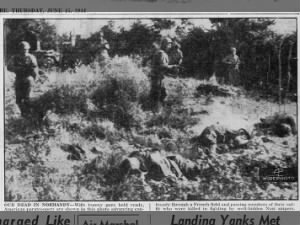 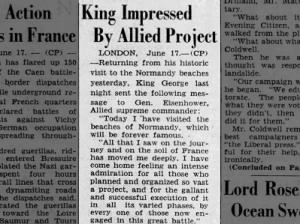 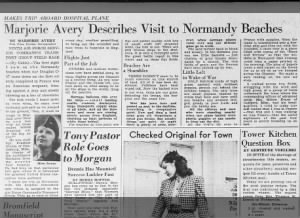 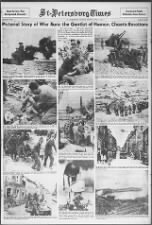 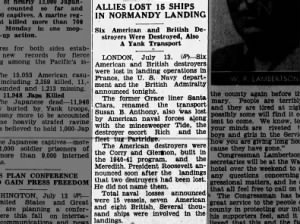 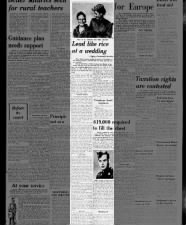 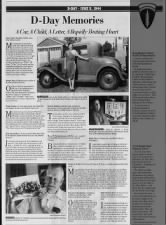 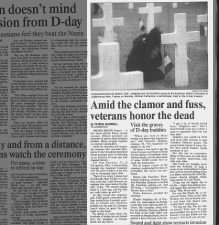 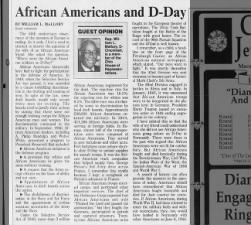 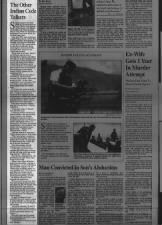