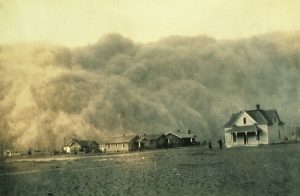 What is the Dust Bowl?

The Dust Bowl was a period when severe drought and dust storms struck parts of the American Great Plains. Because it spanned the 1930s, the Dust Bowl is sometimes called the “Dirty Thirties.” The term “Dust Bowl” may also be used to collectively refer to the states hit hardest by the event: Colorado, Kansas, Texas, Oklahoma, Nebraska, and New Mexico.

What Caused the Dust Bowl?

The Dust Bowl was triggered by a variety of natural and man-made causes. Decades of poor land management and overcultivation in the Great Plains eliminated the native grasses that held the topsoil in place. When a drought struck the area beginning in the early 1930s, many crops failed, leaving the topsoil exposed and vulnerable to being blown away in the windstorms that ripped through the region.

The dust storms, also called “black blizzards,” could be massive, sometimes blowing millions of tons of topsoil to the East Coast and into the Atlantic. The most notorious of these dust storms occurred on April 14, 1935, and is known as “Black Sunday.” Dust storms could kill crops, people, and livestock. Hundreds, maybe thousands, of people died from “dust pneumonia” after breathing the dirty air.

Migration during the Dirty Thirties

The Dust Bowl overlapped with the Great Depression, which made conditions for farmers even harder. Many had to abandon their homes and farms. An estimated 2.5 million people migrated from the Dust Bowl states to other parts of the United States during the 1930s.

Many traveled to California in hopes of a better life, but most only found poorly paid jobs as migrant farm laborers. Refugees from Oklahoma became derogatorily known as “Okies,” and the term eventually came to describe anyone displaced by the Dust Bowl.

The End of the Dust Bowl

In response to wind erosion and other hardships caused by the Dust Bowl, the government (under President Franklin D. Roosevelt) implemented measures to try to lessen the impact. These included restoring grasslands, hiring local farmers to plant trees as windbreaks, and introducing new farming techniques.

The Dust Bowl lasted for about a decade, ending when rain returned to the region in 1939. But the economic and social effects of the disaster lasted for decades to come.

Learn more about the Dust Bowl through historical newspapers from our archives. Explore newspaper articles, headlines, images, and other primary sources below.

Articles and Clippings about the Dust Bowl 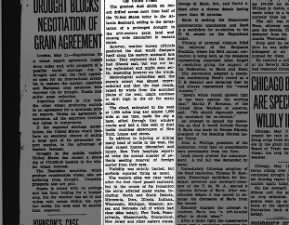 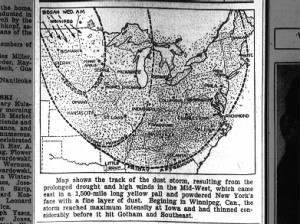 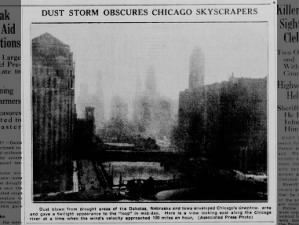 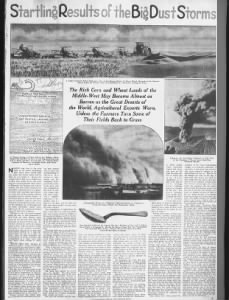 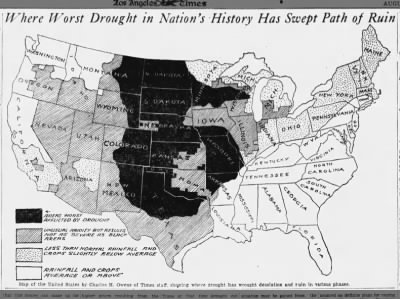 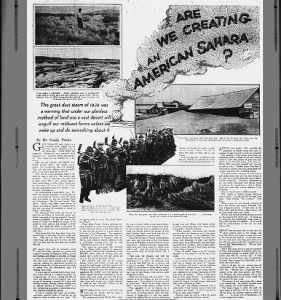 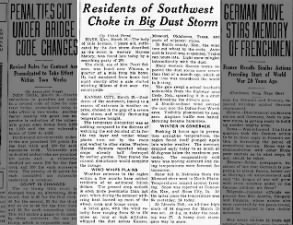 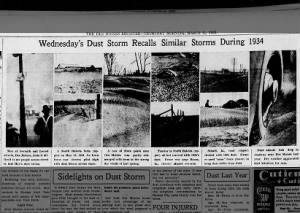 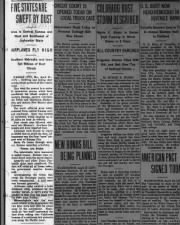 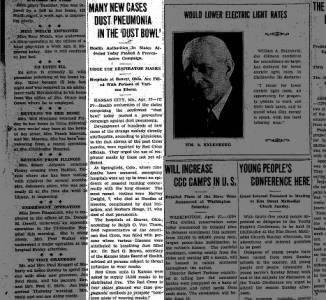 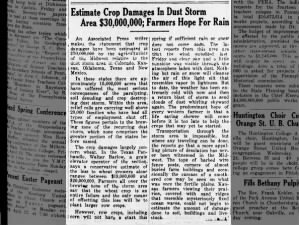 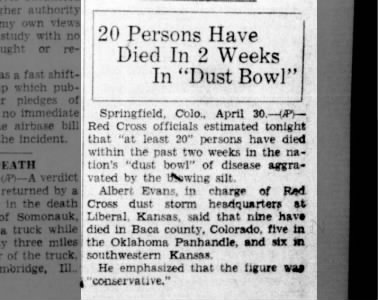 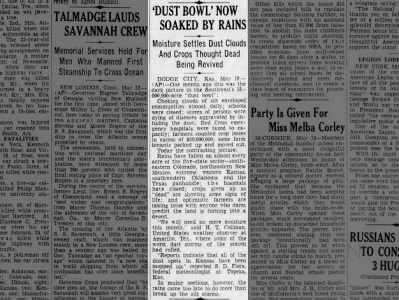 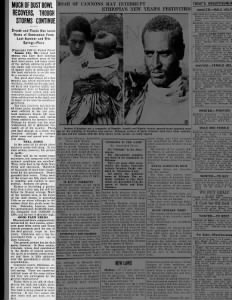 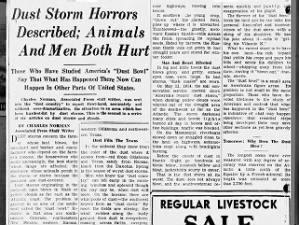 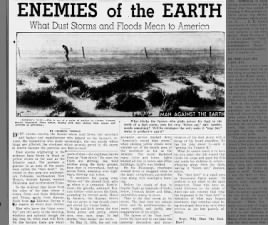 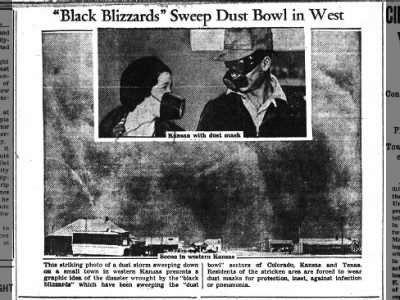 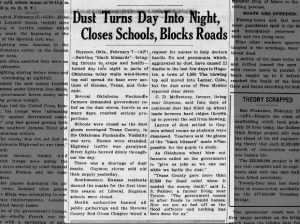 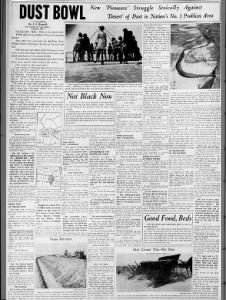 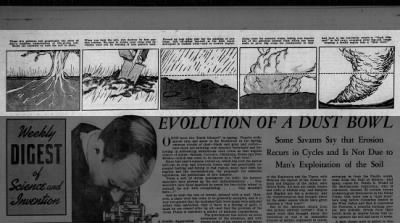 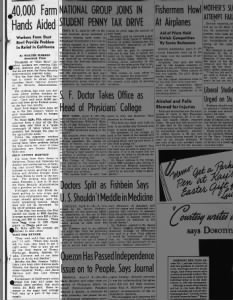 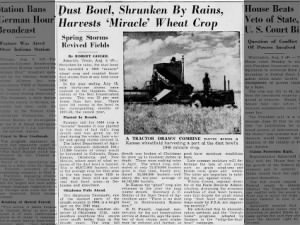