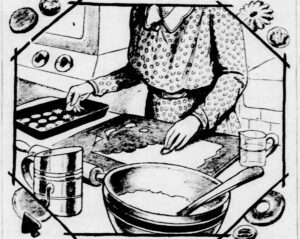 This collection features a selection of newspaper recipes that were published during the Great Depression (1929–1939), a time of widespread economic hardship in the U.S. and abroad.

Since many people were living with reduced incomes, Great Depression recipes often focused on incorporating low-cost ingredients and leftovers. Meat was typically a more expensive item, so recipes from this era often required less of it (or less-expensive cuts) and sometimes used eggs and cheese as replacement sources of protein.

To appeal to readers with tighter food budgets, newspapers of the time commonly used words like “economical,” “thrift,” or “low cost” to describe their recipes.

Learn more about Great Depression Recipes through historical newspapers from our archives. Explore newspaper articles, headlines, images, and other primary sources below. 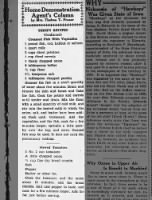 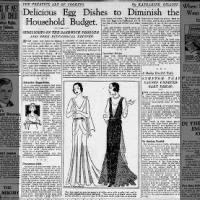 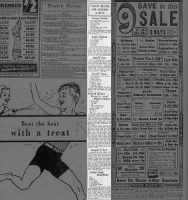 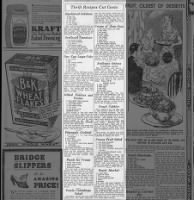 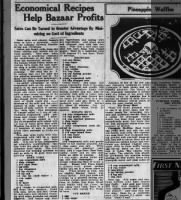 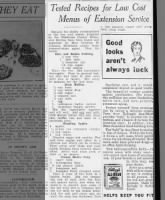 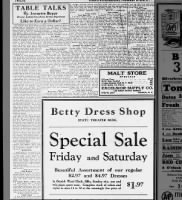 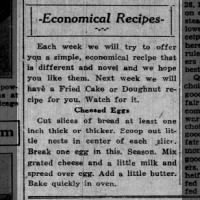 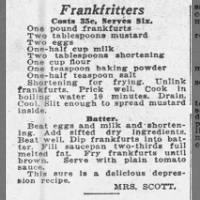 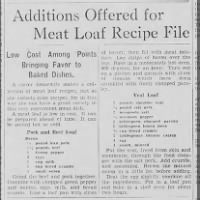 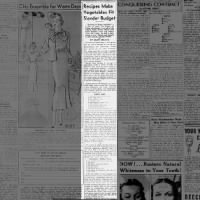 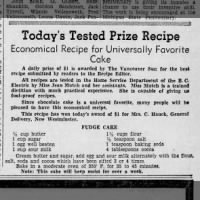 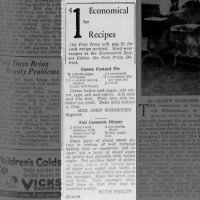 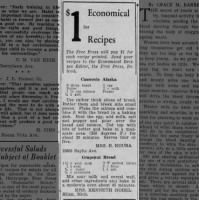 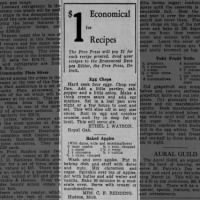 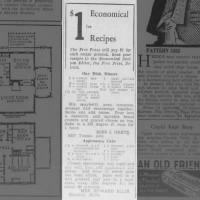 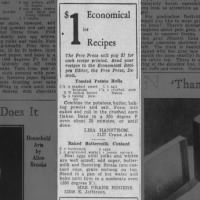 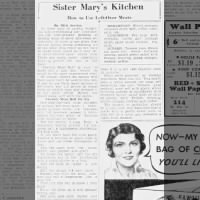 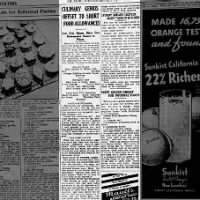 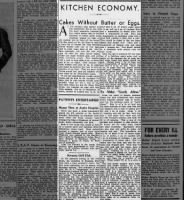 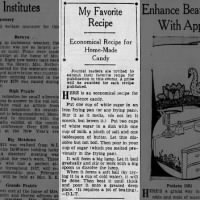 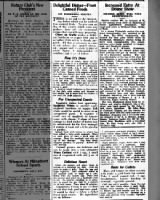 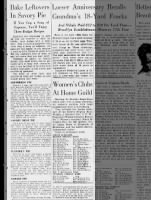 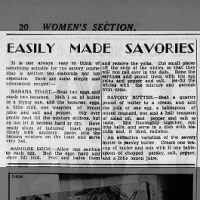