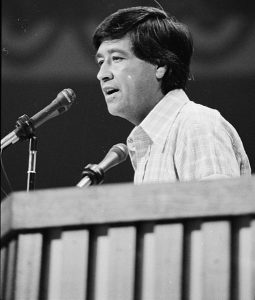 César Chavez (March 31, 1927 – April 23, 1993) was a Mexican-American union leader, labor organizer, and civil rights activist who is best known for his efforts to improve working conditions for migrant farm workers in California, Texas, Arizona, and Florida.

During his childhood, Chavez moved with his family from Arizona to California, where they became migrant farm workers. After serving two years in the U.S. Navy, Chavez married his wife, Helen Fabela, in 1948.

In 1962, Chavez co-founded the National Farm Workers Association (NFWA), which would later become the United Farm Workers (UFW). As a labor leader, he worked to improve pay and work conditions for migrant workers and, starting in 1965, led a strike and 5-year boycott against California grape growers. This included the famous 300-mile farm workers march to Sacramento in 1966.

Under Chavez’s leadership, the United Farm Workers signed many contracts with growers, despite conflict with the Teamsters Union. He also worked to pass the California Agricultural Labor Relations Act, which became law in 1975.

César Chavez was known for using nonviolent methods such as boycotts and marches to achieve social change. He also went on several hunger strikes, in which he fasted for weeks to draw attention to his causes.

Chavez died in his sleep in 1993 and was posthumously awarded the Presidential Medal of Freedom in 1994. His March 31 birthday is a holiday in some states known as César Chavez Day.

Learn more about César Chavez through historical newspapers from our archives. Explore newspaper articles, headlines, images, and other primary sources below.

Articles and Clippings about César Chavez 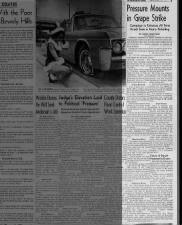 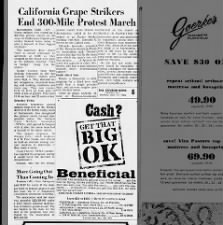 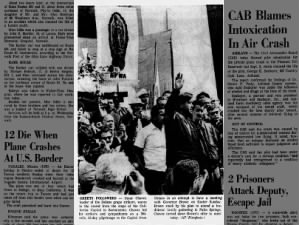 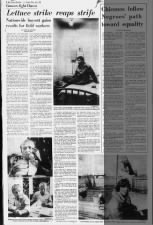 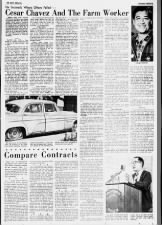 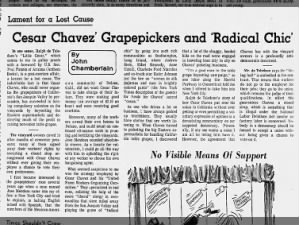 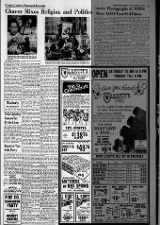 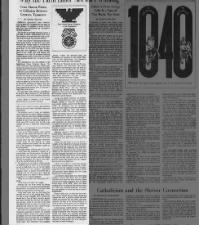 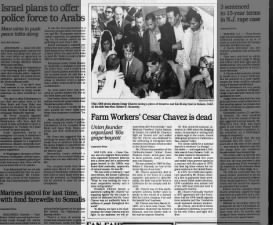 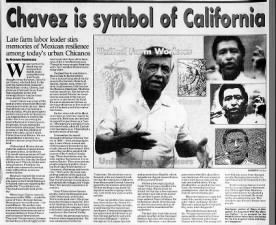 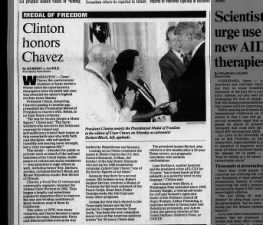