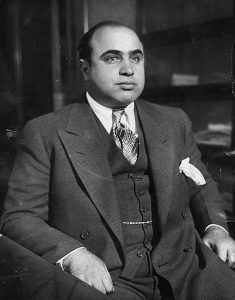 Alphonse Gabriel Capone (January 17, 1899 – January 25, 1947), sometimes known by the nickname “Scarface”, was an American gangster and businessman who attained notoriety during the Prohibition era as the co-founder and boss of the Chicago Outfit. His seven-year reign as crime boss ended when he was 33. Wikipedia

Learn more about Al Capone through historical newspapers from our archives. Explore newspaper articles, headlines, images, and other primary sources below.

Articles and Clippings about Al Capone 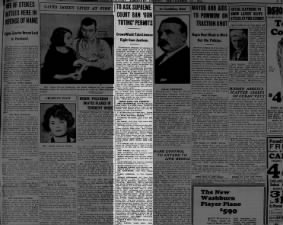 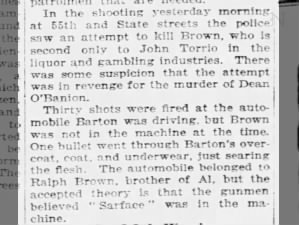 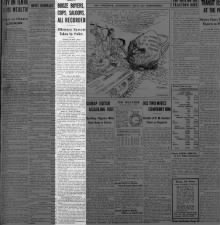 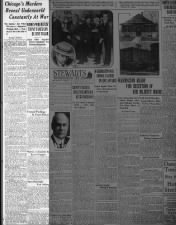 "Scarface" Al Capone claims in interview that he is "innocent" and not in "the murder game" Sat, Oct 16, 1926 – Page 13 · Wilkes-Barre Times Leader, The Evening News (Wilkes-Barre, Pennsylvania) · Newspapers.com 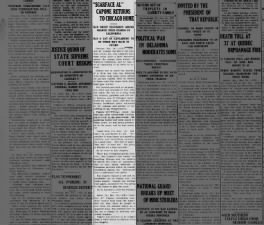 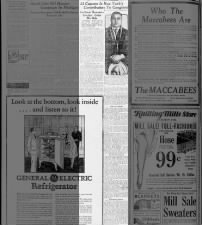 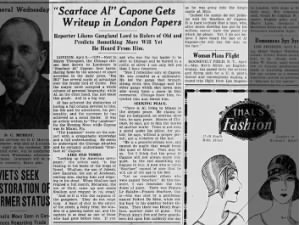 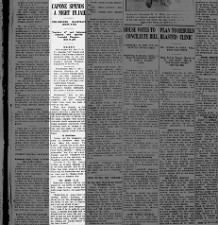 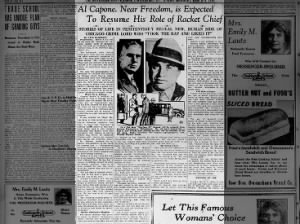 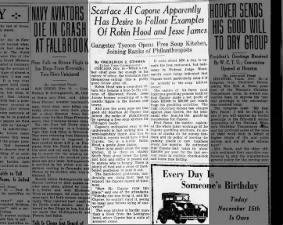 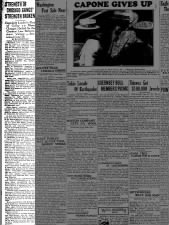 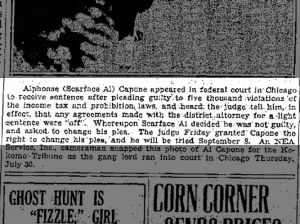 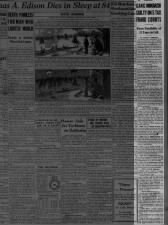 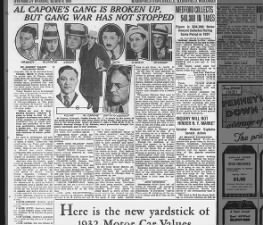 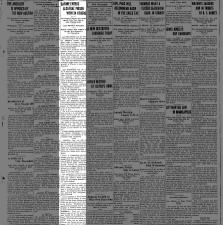 Al Capone enters Alcatraz prison; is "classed as among the most dangerous convicts" in the US, 1934 Wed, Aug 22, 1934 – Page 1 · The Chillicothe Constitution-Tribune (Chillicothe, Missouri) · Newspapers.com 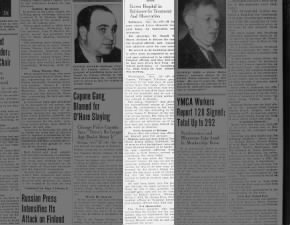 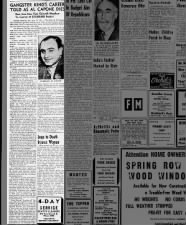 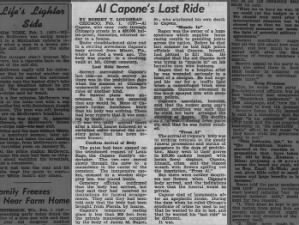