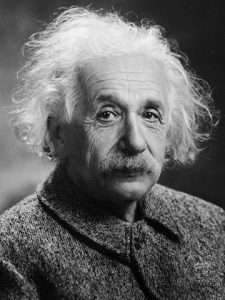 Albert Einstein (14 March 1879 – 18 April 1955) was a German-born theoretical physicist who developed the theory of relativity, one of the two pillars of modern physics (alongside quantum mechanics). His work is also known for its influence on the philosophy of science. He is best known to the general public for his mass–energy equivalence formula E = mc2, which has been dubbed “the world’s most famous equation”. He received the 1921 Nobel Prize in Physics “for his services to theoretical physics, and especially for his discovery of the law of the photoelectric effect”, a pivotal step in the development of quantum theory. Wikipedia

Learn more about Albert Einstein through historical newspapers from our archives. Explore newspaper articles, headlines, images, and other primary sources below.

Articles and Clippings about Albert Einstein 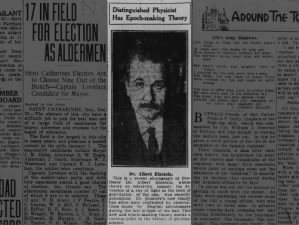 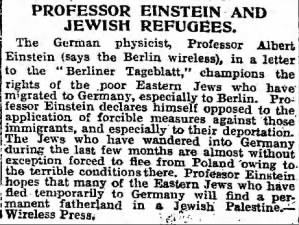 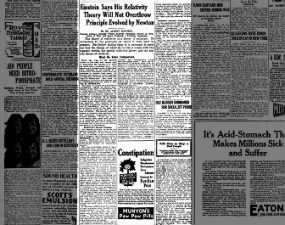 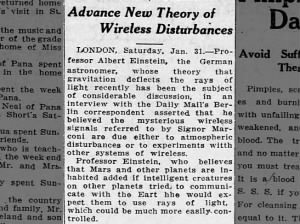 In a interview Einstein proposes inhabitants of other planets would use rays of light to communicate Tue, Feb 3, 1920 – Page 5 · Herald and Review (Decatur, Illinois) · Newspapers.com 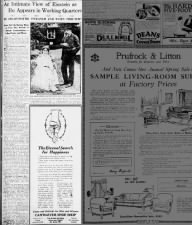 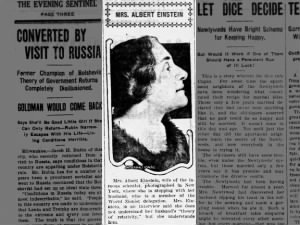 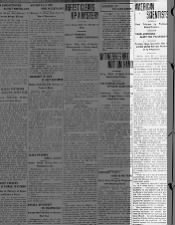 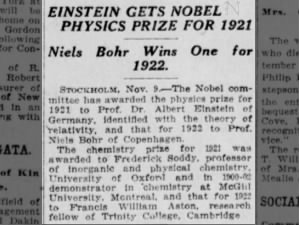 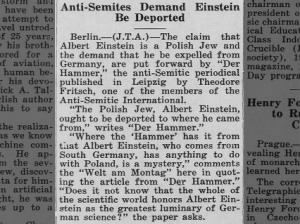 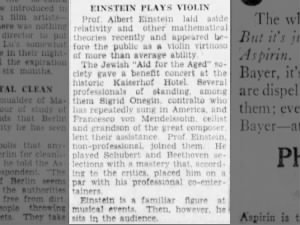 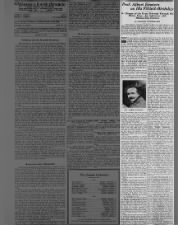 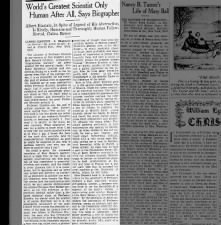 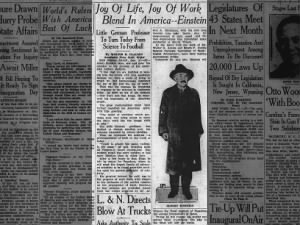 Albert Einstein says America has blend of "joy of life and the joy of work" Thu, Jan 1, 1931 – 1 · The Montgomery Advertiser (Montgomery, Alabama) · Newspapers.com 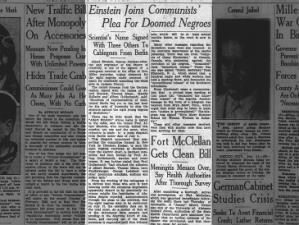 Along with others, Einstein appears on cablegram to save 8 African Americans sentenced to death Sun, Jul 12, 1931 – 1 · The Montgomery Advertiser (Montgomery, Alabama) · Newspapers.com 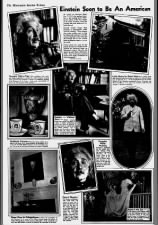 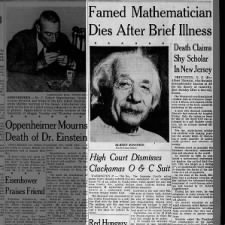