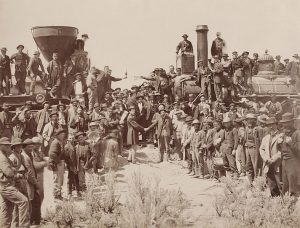 Completion of the Transcontinental Railroad, 1869

The Transcontinental Railroad (also called the Pacific Railroad or Overland Route) was the first railway to span the continental United States. Begun in 1863, it was completed in 1869, when eastbound and westbound railroad lines were connected at Promontory Summit, Utah Territory.

The most prominent early supporter of a transcontinental railroad was Asa Whitney, a New York businessman. Although his efforts weren’t successful, his advocacy for this kind of railroad brought national attention to the issue. In the 1850s, the U.S. government commissioned several topographical surveys to explore possible routes for a cross-country railroad.

Finally, in 1862, Congress passed the Pacific Railroad Act, which provided large land grants for the railroad and authorized government bonds to finance it.

The path of the railroad took it through the lands of numerous Native American tribes, and violence sometimes erupted between the tribes and railroad workers.

In April 1869, it was decided that the two halves of the railroad would meet at Promontory Summit, in Utah Territory. The tracks were connected on May 10, 1869, in a ceremony attended by railroad representatives, dignitaries, railroad workers, and members of the public. A golden spike was driven as the symbolic last spike of the railroad.

The Transcontinental Railroad was significant because it substantially reduced the time and money it took to travel from one half of the country to the other. People and goods could now move across the nation more quickly than ever before, affecting economies and population growth around the country, especially in the West.

Learn more about the Transcontinental Railroad through historical newspapers from our archives. Explore newspaper articles, headlines, images, and other primary sources below.

Articles and Clippings about the Transcontinental Railroad 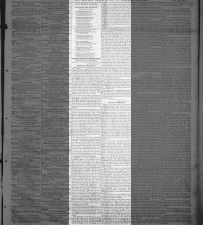 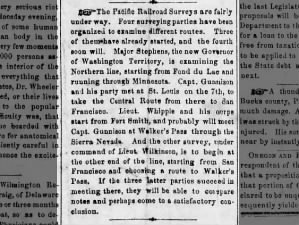 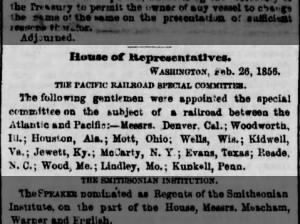 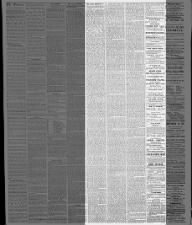 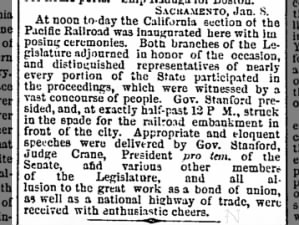 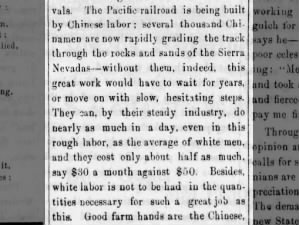 Chinese laborers work on the Transcontinental Railroad at about half the pay of white workers, 1865 Wed, Oct 11, 1865 – 1 · Lamoille Newsdealer (Hyde Park, Vermont) · Newspapers.com 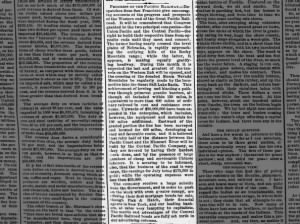 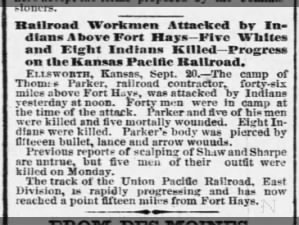 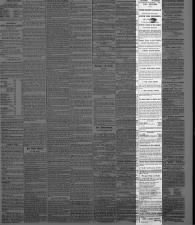 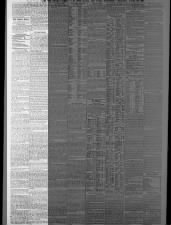 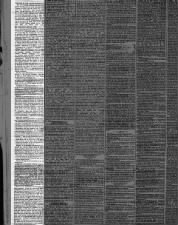 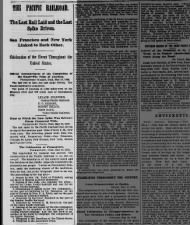 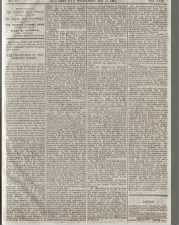 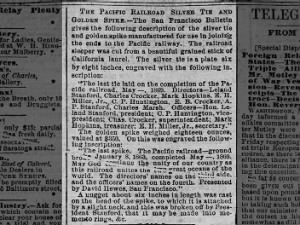 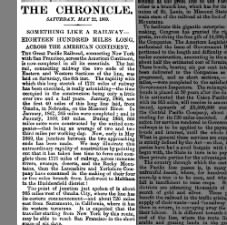 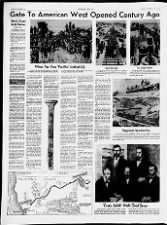