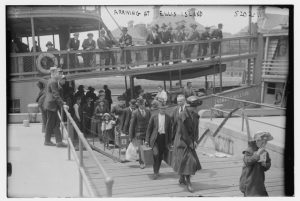 What Is Ellis Island?

Ellis Island was the main U.S. immigration center between 1892 and 1954, when it closed. It is located in Upper New York Bay, off the shore of New Jersey. During the 62 years it operated, more than 12 million immigrants were processed on the island.

Home to the military’s Fort Gibson during the early 19th century, Ellis Island became the New York immigration station (known as Castle Garden) from 1855 to 1890. With immigration to the United States increasing, the federal government decided to establish Ellis Island as a national immigration center. The first immigrant (an Irish teen named Annie Moore) passed through the new federally operated station on January 1, 1892.

Immigrants who arrived in the United States on ships sailing into New York Harbor had to pass a medical and legal inspection before being allowed to enter the country. For most people, this experience took place at Ellis Island, and the process lasted three to five hours. An immigrant was rejected if they had a communicable disease or they seemed likely to become an economic burden to the state. However, only about 2 percent of immigrants were rejected.

In 1897, just 5 years after the opening of Ellis Island as a federal immigration station, a fire destroyed the buildings and many immigration records. The rebuilt station opened in 1900. As the number of immigrants passing through Ellis Island grew over the years, the government had to expand the facilities. They built kitchens, dormitories, hospital buildings, and more.

Why Did Ellis Island Close?

Ellis Island’s busiest years were between 1900 and 1914. Then, in the early 1920s, Congress passed more restrictive immigration laws, and after 1924 the number of immigrants arriving at Ellis Island decreased. In 1943, immigration reception was moved from Ellis Island to New York City, and the station was finally closed in 1954.

Today, Ellis Island has undergone restoration and is now part of the Statue of Liberty National Monument.

Learn more about Ellis Island through historical newspapers from our archives. Explore newspaper articles, headlines, images, and other primary sources below.

Articles and Clippings about Ellis Island 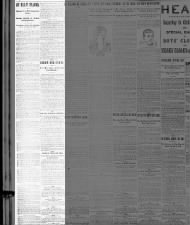 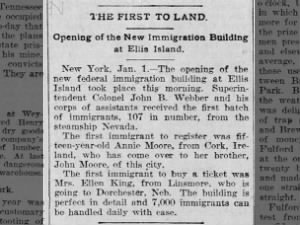 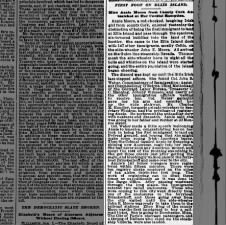 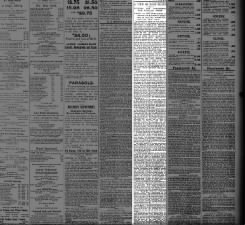 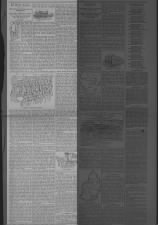 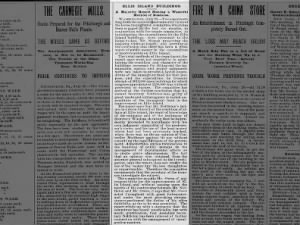 An opinion that construction and improvements on Ellis Island have been a waste of public money Fri, Jul 29, 1892 – Page 1 · Altoona Tribune (Altoona, Blair, Pennsylvania, United States of America) · Newspapers.com 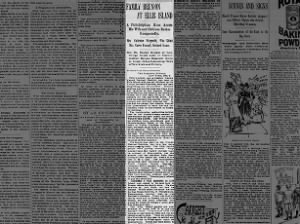 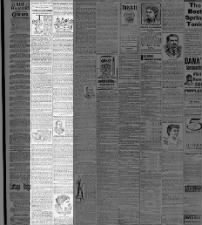 Article about how Italian immigrants are aided by Italian government representatives in the US Thu, May 30, 1895 – Page 3 · Harrisburg Telegraph (Harrisburg, Dauphin, Pennsylvania, United States of America) · Newspapers.com 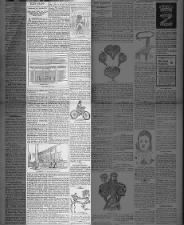 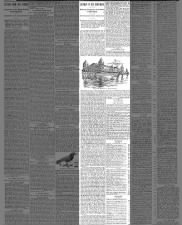 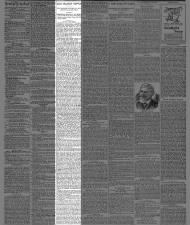 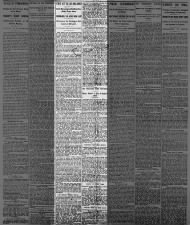 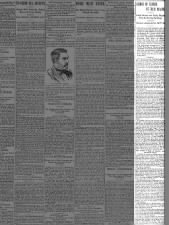 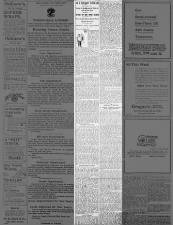 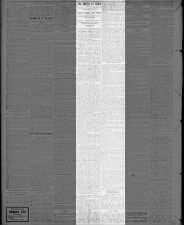 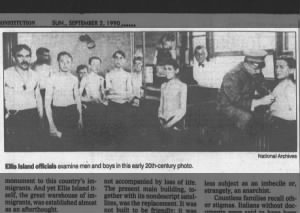 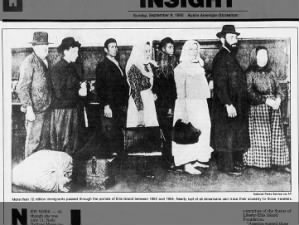 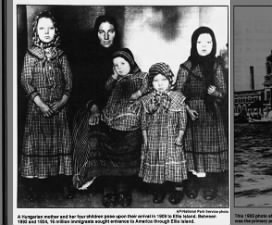 Picture of a Hungarian mother and her four children after their arrival to Ellis Island Sun, Jun 29, 1986 – 176 · The Tampa Tribune (Tampa, Florida) · Newspapers.com 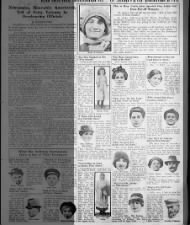 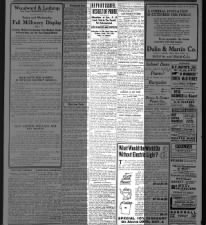 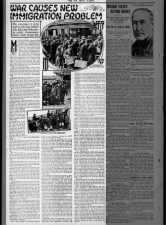 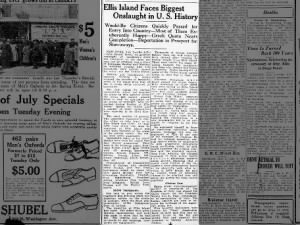 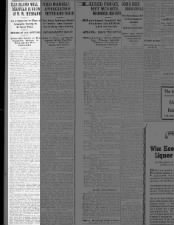 Article predicts Ellis Island is likely to close due to a reduction in the number of immigrants Sat, Aug 1, 1925 – 4 · The Gazette (Montreal, Quebec, Quebec, Canada) · Newspapers.com 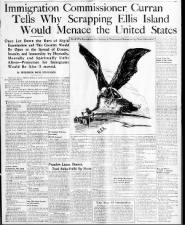 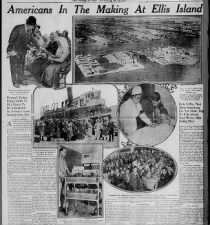 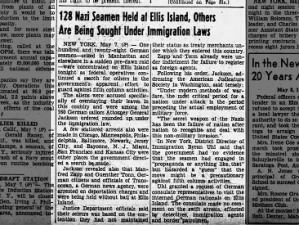 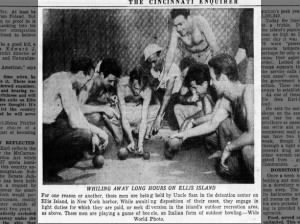 Picture of men being held at Ellis Island in 1953 when it was a detention center Sun, Jul 5, 1953 – Page 5 · The Cincinnati Enquirer (Cincinnati, Hamilton, Ohio, United States of America) · Newspapers.com 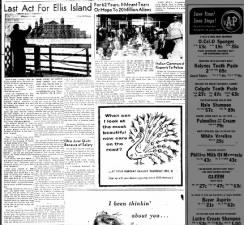