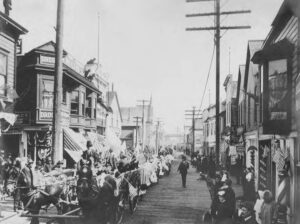 Memorial Day is a United States federal holiday for the purpose of honoring and remembering those who have died while serving in the armed forces. It is celebrated annually on the last Monday in May.

The first concept of Memorial Day began in the years following the American Civil War. Where it began is unknown, as many places in both Northern and Southern states held their own remembrances individually and collectively. Despite its unclear origins, a congressional proclamation in 1966 declared Waterloo, New York, to be the birthplace of Memorial Day.

In 1868, General John A. Logan, commander in chief of a Union veterans organization called the Grand Army of the Republic, promoted the designation of May 30th as a national “Decoration Day.” This date, set aside for mass gatherings to honor fallen soldiers and decorate their graves, was chosen because it didn’t coincide with any battle anniversaries. Southern states held their own separate day of remembrance for Confederate soldiers until after World War I, and some states continue to do so today.

After World War I, Decoration Day expanded to include those killed during all U.S. wars. This now includes World War II, the Korean War, the Vietnam War, and wars in Iraq and Afghanistan. In 1971 Memorial Day, as Decoration Day came to be known, became a federal holiday, and the date was changed to the last Monday in May to allow for a 3-day long weekend for federal employees.

Each Memorial Day, Arlington National Cemetery lays a wreath at the Tomb of the Unknowns. Cities throughout the country hold parades, religious services, and commemorative events, and a national moment of remembrance is observed at 3 p.m. local time. Families and friends gather at cemeteries to lay flags, flowers, and tokens on graves. Parties and barbecues are also often held on Memorial Day, which acts as an unofficial mark of summer in the U.S.

Learn more about Memorial Day through historical newspapers from our archives. Explore newspaper articles, headlines, images, and other primary sources below.

Articles and Clippings about Memorial Day 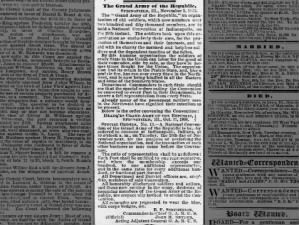 The Grand Army of the Republic founded in 1866 for protection of soldiers and their interests Thu, Nov 8, 1866 – 4 · Chicago Tribune (Chicago, Illinois) · Newspapers.com 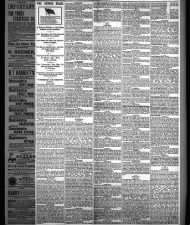 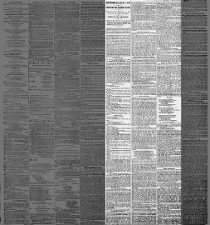 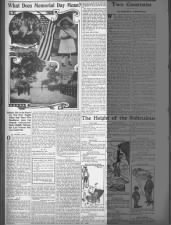 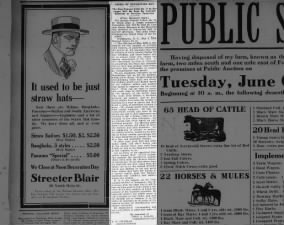 Origin of Decoration Day (now Memorial Day) in May credited to John A. Logan from 1868 Tue, May 30, 1916 – Page 6 · Fort Scott Tribune and The Fort Scott Monitor (Fort Scott, Kansas) · Newspapers.com 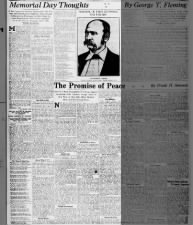 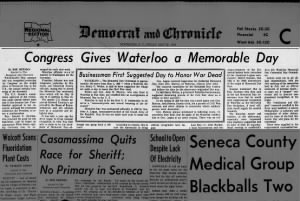 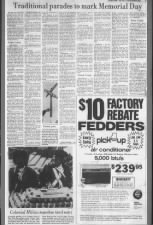 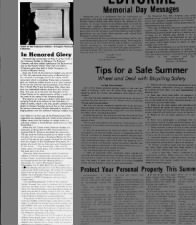 Summary of the Tomb of the Unknown Soldier from 1976 including detail of Memorial Day wreath Fri, May 28, 1976 – 6 · The Hill Top Times (Hill Air Force Base, Utah) · Newspapers.com 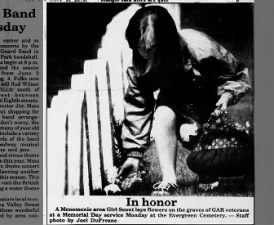 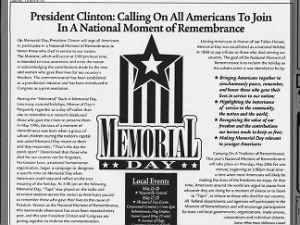 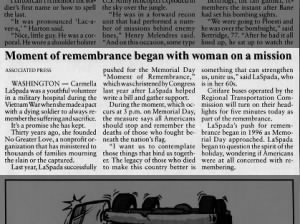