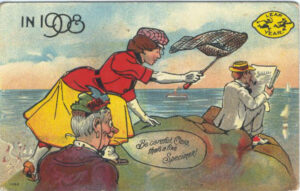 A Leap Year is a year that includes an additional span of time to synchronize the calendar year with the solar or seasonal year. Lunisolar calendars add a leap month (also called an intercalary or embolismic month) every 2-3 years, while every 4 years the modern Gregorian calendar adds a single day at the end of February known as Leap Day.

The Early Roman calendar (before 46 BC) had 355 days, 10.25 days short of the time it takes the earth to orbit the sun. This calendar drift was made up for with the occasional addition of a leap month at the end of February, but after centuries of using this model the difference between the calendar year and the solar year was substantial.

Julius Caesar, the “father” of Leap Year, added three extra months to the year 46 BC to fix the misaligned calendar and extended every subsequent calendar year to 365 days. And because the earth’s orbit around the sun actually takes 365.24219 days, a Leap Day was added to February every four years to make up for that extra ¼ day left over in each common year. This was known as the Julian calendar.

Pope Gregory XIII modified the Julian calendar to create the Gregorian calendar that is currently used in the majority of the world today. Instead of a Leap Year occurring every four years, it is skipped in years which are neatly divisible by 100 but not by 400. Thus, the year 2000 had a Leap Day, but the year 2100 will not. This resolved the 11-minute drift left by the Julian calendar.

Discrepancies in the Gregorian calendar will have to be addressed in about 10,000 years.

A baby born on February 29th is called a “Leapling” or “Leap-year baby.” In common years, Leaplings choose to celebrate their birthday on February 28 or March 1, with a few law-related exceptions that vary by country.

Centuries-old tradition says that on Leap Day a woman can make a marriage proposal to a man. Greek superstition warns against inviting bad luck by planning weddings in a leap year.

Learn more about Leap Year through historical newspapers from our archives. Explore newspaper articles, headlines, images, and other primary sources below.

Articles and Clippings about Leap Year 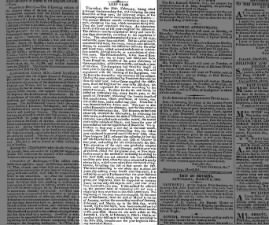 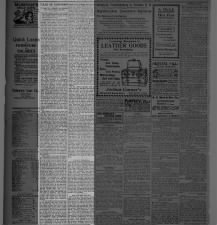 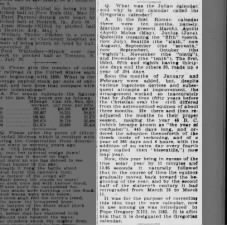 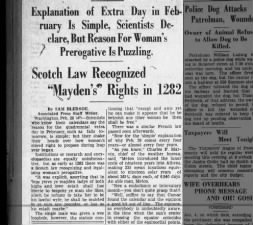 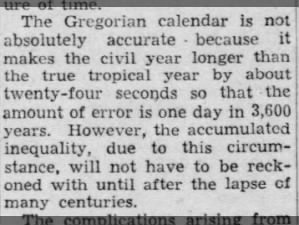 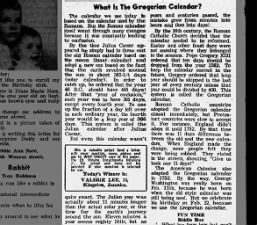 What is the Gregorian Calendar? Explanation of its history and what changed with Pope Gregory XIII Sat, Aug 23, 1958 – 24 · () · Newspapers.com 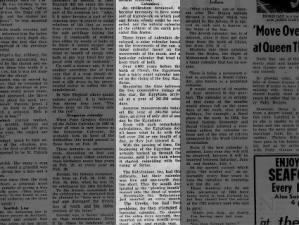 Different types of yearly calendars and their history through civilization and time Thu, Feb 27, 1964 – 2 · The Eunice News (Eunice, Louisiana) · Newspapers.com 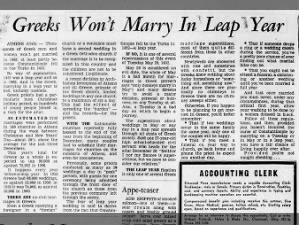 1968 article about the Greek superstition against marrying in a Leap Year Sun, Jan 28, 1968 – Page 48 · The Cincinnati Enquirer (Cincinnati, Ohio) · Newspapers.com 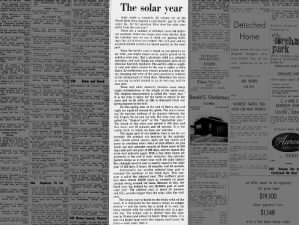 An explanation of the Solar Year as it differs from the Calendar Year, and necessary adjustments Wed, Apr 10, 1968 – 57 · The Ottawa Citizen (Ottawa, Ontario, Canada) · Newspapers.com 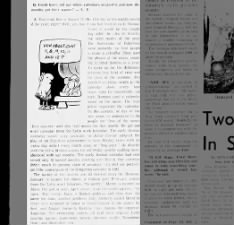 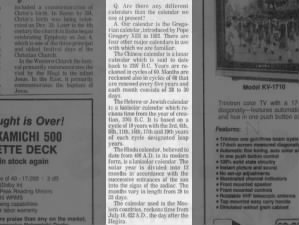 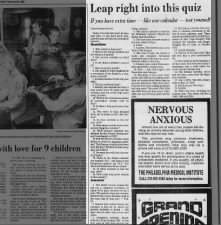 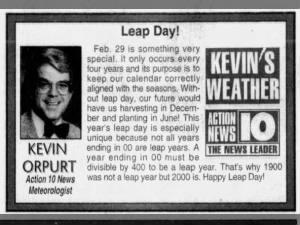 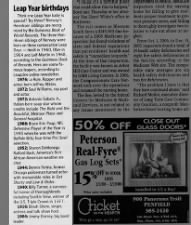