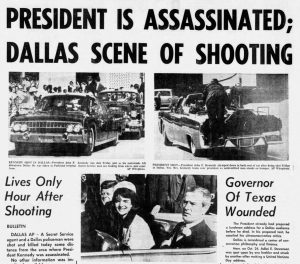 On November 22, 1963, President John F. Kennedy was assassinated in Dallas, Texas. He was shot twice while riding in a motorcade on the way to give a speech. His alleged killer, Lee Harvey Oswald, was arrested that same day but was shot to death a few days later while in police custody.

Kennedy and his wife, Jacqueline, were in Texas on a fundraising trip. After visiting San Antonio, Houston, and Fort Worth, the couple traveled to Dallas. Riding in an open car in the presidential motorcade, the Kennedys were accompanied by Texas governor John Connally and his wife. Vice president Lyndon B. Johnson was in a separate car.

As the president’s car passed through Dealey Plaza around 12:30 p.m., he was shot first in the neck and then in the head by bullets that appeared to be fired from the Texas School Book Depository. Connally was injured by the same bullet that passed through Kennedy’s neck. The motorcade rushed to the hospital, where Kennedy was declared dead at 1 p.m. Vice President Johnson was sworn into office as president at 2:38 p.m. on board Air Force One.

A little over an hour after the shooting, Lee Harvey Oswald was arrested by police as the main suspect. In between Kennedy’s assassination and the arrest, Oswald had also allegedly shot and killed Dallas policeman J.D. Tippit.

Oswald, a Marxist and former Marine, proclaimed his innocence, but two days later (November 24), he was shot by nightclub owner Jack Ruby on live television as he was being transferred to the county jail.

Kennedy’s funeral was held on November 25. Almost immediately after Kennedy’s death, conspiracy theories began circulating. Johnson created the Warren Commission on November 29, 1963, to investigate the shooting. After 10 months, the commission determined that Oswald had acted alone.

In 1976, the House Select Committee on Assassinations was created to reevaluate Kennedy’s death (as well as that of Martin Luther King Jr.). In 1979, this committee reported that there was likely more than one shooter. However, afterward, the reliability of the evidence, and thus the committee’s conclusions, were questioned.

Learn more about the Assassination of John F. Kennedy through historical newspapers from our archives. Explore newspaper articles, headlines, images, and other primary sources below.

Articles and Clippings about the Assassination of John F. Kennedy 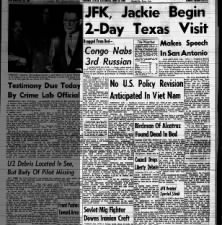 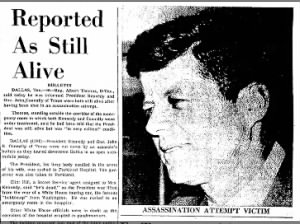 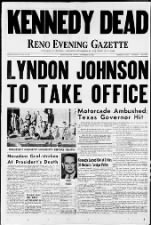 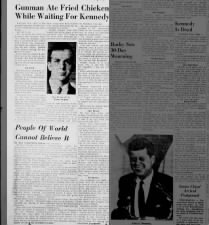 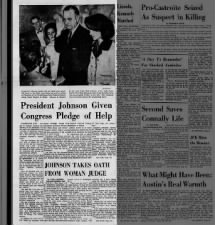 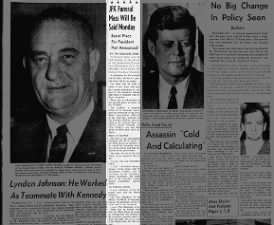 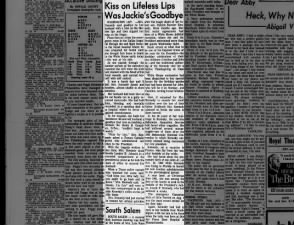 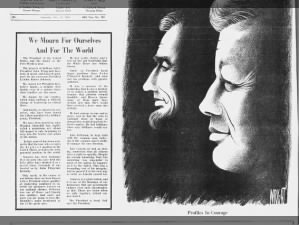 Editorial after JFK assassination; says he will be mentioned as one of history's great presidents Sat, Nov 23, 1963 – 3 · The Miami News (Miami, Florida) · Newspapers.com 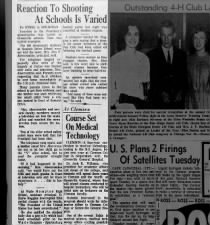 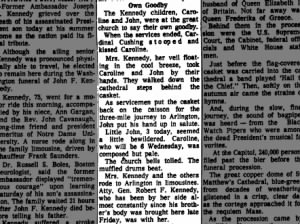 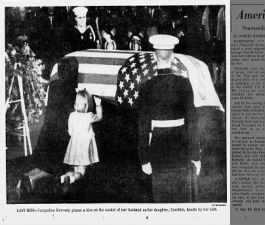 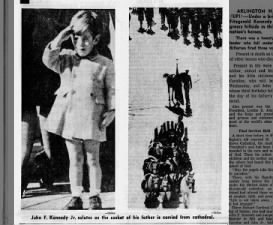 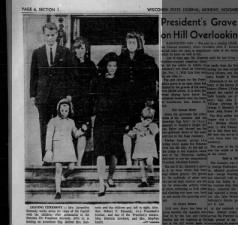 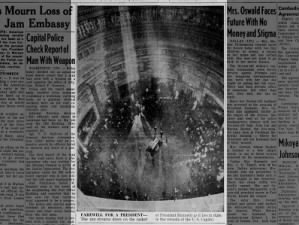 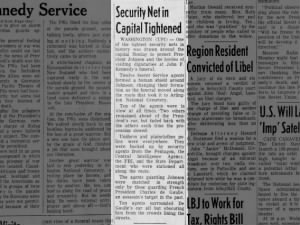 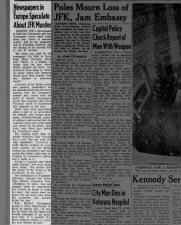 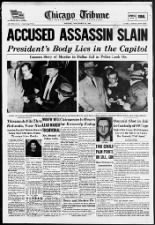 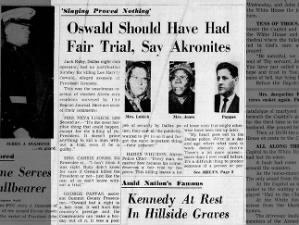 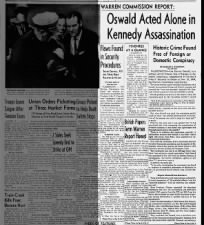 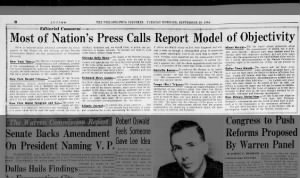 Newspapers comment on the findings of the Warren Commission Report on the assassination of JFK Tue, Sep 29, 1964 – Page 8 · The Philadelphia Inquirer (Philadelphia, Pennsylvania) · Newspapers.com 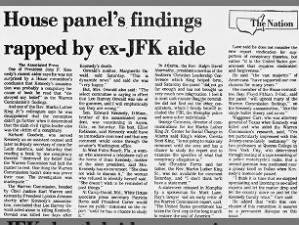 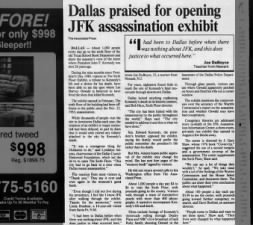 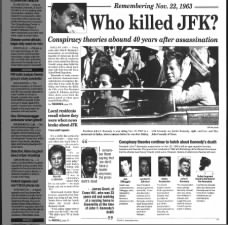 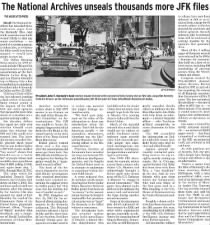