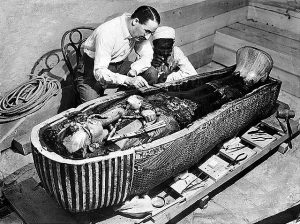 King Tut’s Tomb is the burial place of the young king of ancient Egypt, Tutankhamun.

Known as the “boy king,” Tutankhamun reigned from 1333 to 1323 BCE, coming to rule when he was less than ten years old. Though an unexpected early death at age 19 cut his reign short, the discovery of his remarkably intact tomb thousands of years later made him better known than most of the pharaohs who came before or after.

The entrance to King Tut’s tomb was discovered in November 1922, due to the dedicated efforts of English archaeologist Howard Carter. After decades of excavation work in the Valley of the Kings, the steps to King Tut’s tomb were uncovered in debris near the entrance of the tomb of Rameses VI. Within weeks of the discovery, Carter and his patron, Lord Carnarvon, entered the tomb’s interior chambers. The tomb was the most intact of any that had ever been found.

Over the next several years, the four-room tomb was cautiously excavated, and the contents were incredible. Several thousand precious objects lay inside, including statues, clothing, chariots, weapons, furniture, musical instruments, staffs, and vases. The most exciting discovery was found in the final room: a stone sarcophagus with three nesting coffins inside. Two of the coffins were constructed of wood covered with hammered gold. The third was made of solid gold and held the preserved mummy of King Tutankhamun.

Lord Carnarvon’s death two months after finding King Tut led to widespread rumors that those who entered the tombs were cursed, a legend that continues today. The treasures found within the tomb were displayed in a traveling exhibit in the 1960s and ’70s, but most now remain permanently housed in Cairo’s Egyptian Museum.

Learn more about King Tut’s Tomb through historical newspapers from our archives. Explore newspaper articles, headlines, images, and other primary sources below. 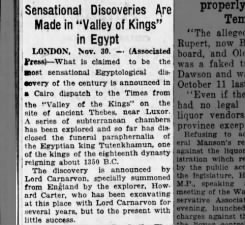 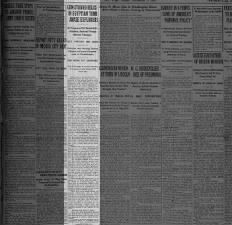 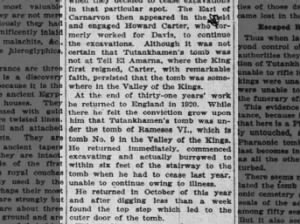 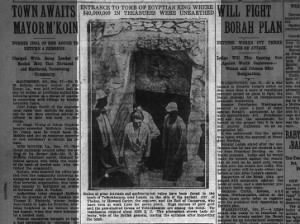 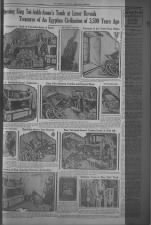 Images of some of the artifacts from Tutankhamun's tomb Thu, Mar 1, 1923 – 7 · Abbeville Herald (Abbeville, Alabama, United States of America) · Newspapers.com 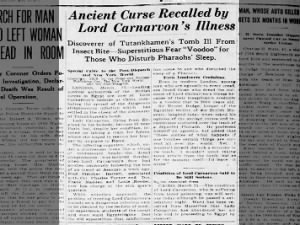 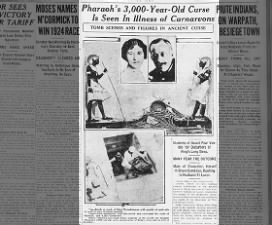 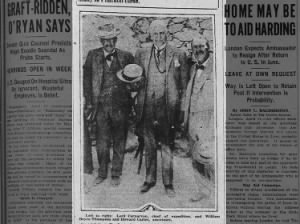 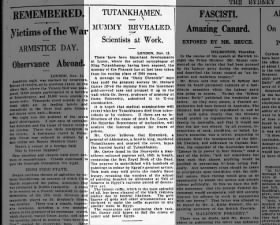 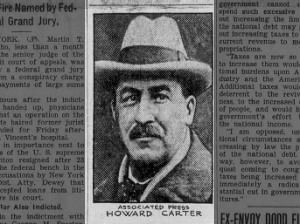 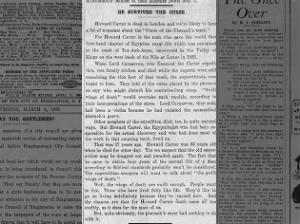 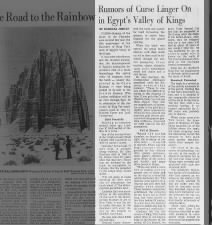 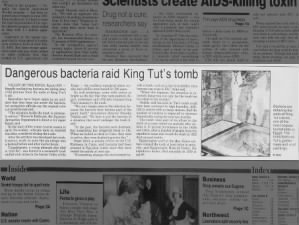 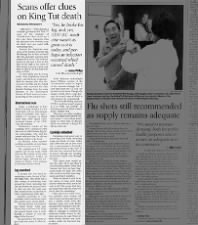 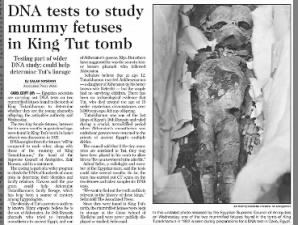 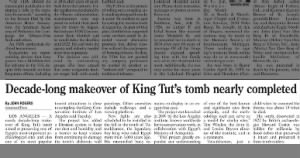