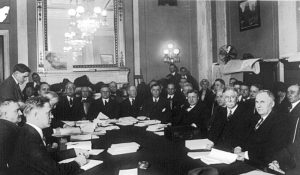 The Teapot Dome Scandal was a bribery scandal in the 1920s centered around the leasing of federal oil reserves by Albert B. Fall, the U.S. Secretary of the Interior. It is often considered the biggest American political scandal prior to Watergate.

Before World War I, the U.S. government had set aside two oil reserves in California and one in Wyoming to provide oil for the Navy in case there was ever a shortage. The one in Wyoming was referred to as Teapot Dome because of its proximity to a formation called Teapot Rock.

In late 1921 and 1922, after accepting bribes, Secretary of the Interior Albert Fall leased the federal oil reserves for development and drilling to two oil men, Edward Doheny and Harry Sinclair, without accepting competitive bids, shortchanging the government in favor of making millions for the oil men.

Following newspaper reports of the oil deal in spring 1922, the Senate began looking into the matter. Hearings began in October 1923, in which the Congressional committee called witnesses to testify, including Fall (who had by that time resigned from the cabinet).

In early 1924, two special prosecutors were appointed to handle the investigation, and later that year they filed several lawsuits that aimed to cancel the leases on the oil fields and convict Fall, Doheny, and Sinclair. Following various court battles, the leases were eventually overturned and Doheny and Sinclair had to pay hefty fines. (Sinclair was also sentenced to time in jail for contempt of Congress.)

Fall was eventually (in 1929) found guilty of accepting a bribe, fined, and sentenced to a year in prison—the first former Cabinet member to serve jail time for misconduct while in office. The extent of President Warren G. Harding’s possible involvement in the scandal remains unknown, as he died unexpectedly in August 1923 while still in office.

Learn more about the Teapot Dome Scandal through historical newspapers from our archives. Explore newspaper articles, headlines, images, and other primary sources below.

Articles and Clippings about the Teapot Dome Scandal 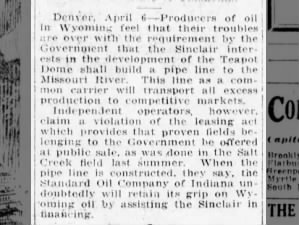 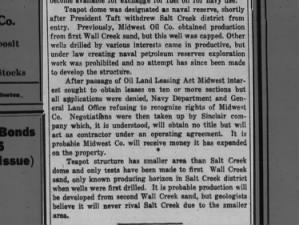 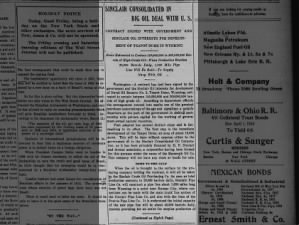 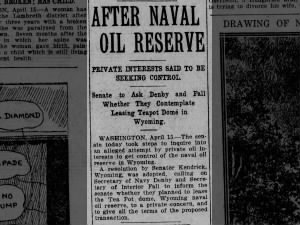 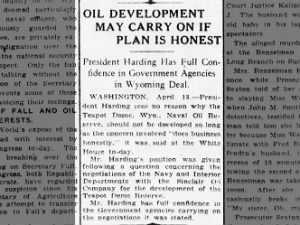 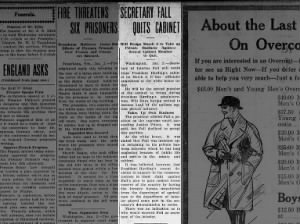 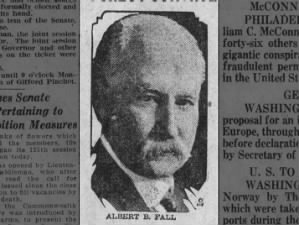 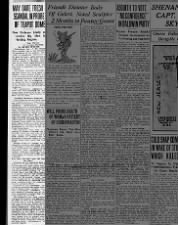 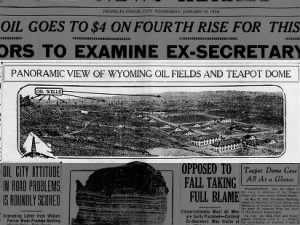 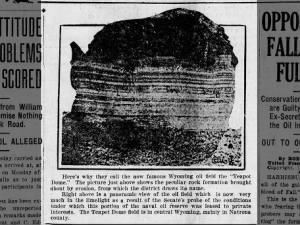 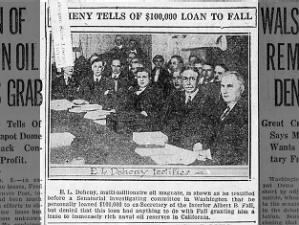 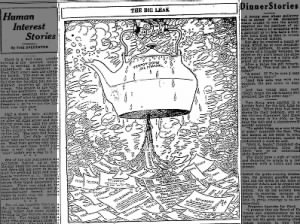 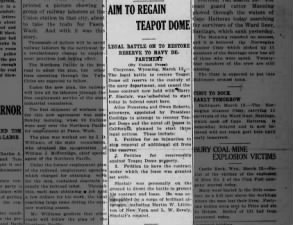 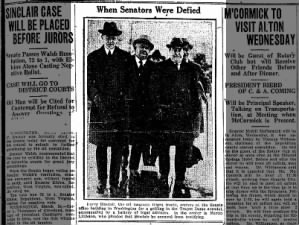 Picture of Harry Sinclair and his lawyers as he arrives to testify to the Senate about Teapot Dome Mon, Mar 24, 1924 – Page 1 · Alton Evening Telegraph (Alton, Illinois) · Newspapers.com 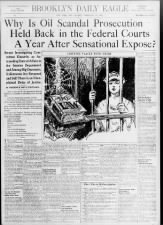 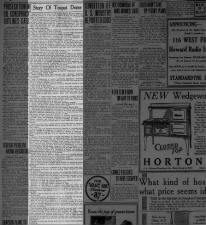 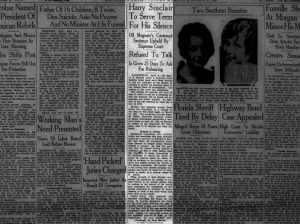 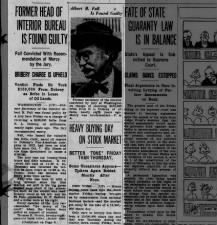