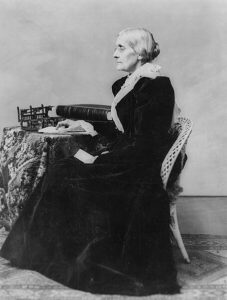 Susan B. Anthony (February 15, 1820 – March 13, 1906) was a social activist and reformer; she particularly fought for women’s suffrage but was also involved in other causes, such as temperance, abolition, and labor rights.

Anthony was born in Adams, Massachusetts, as the second of seven children of Daniel and Lucy Anthony. In 1826, the family moved to New York, eventually settling near Rochester. Between 1839 and 1849, Anthony worked as a teacher.

Raised in a politically active Quaker household, Anthony had a lifelong interest in social issues. In 1851, Anthony met Elizabeth Cady Stanton and soon formalized her involvement in the women’s rights movement. Stanton and Anthony would remain lifelong friends and work on many causes together.

Anthony was a tireless organizer and speech giver and traveled the nation for decades lecturing on women’s rights and suffrage. Controversially, Anthony did not support the 15th amendment, which gave Black men the right to vote. She believed that any suffrage amendment should include women. In 1872, she was arrested and later tried for illegally voting in the presidential election.

Over the course of her life, Anthony served in many organizations, such as the American Anti-Slavery Society, American Equal Rights Association, National American Woman Suffrage Association, and more. She also co-founded a women’s rights newspaper called The Revolution in 1868.

Although Anthony faced criticism for her work on women’s voting rights, she became a celebrated national figure in her later years.

Anthony died from heart failure and pneumonia in 1906 at age 86, 14 years before American women gained the right to vote. However, the 19th Amendment was colloquially called the “Susan B. Anthony Amendment” in her honor. Anthony’s portrait was featured on a U.S. dollar coin beginning in 1979.

Susan B. Anthony remains one of the best-known figures in the American women’s suffrage movement.

Learn more about Susan B. Anthony through historical newspapers from our archives. Explore newspaper articles, headlines, images, and other primary sources below.

Articles and Clippings about Susan B. Anthony 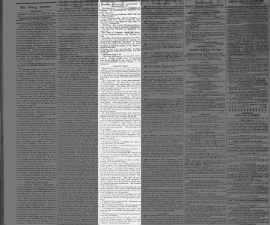 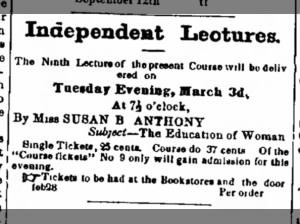 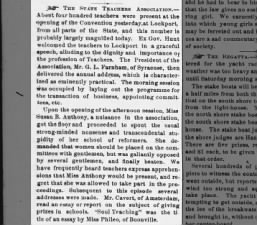 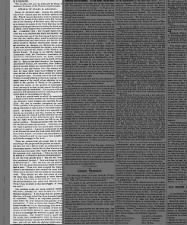 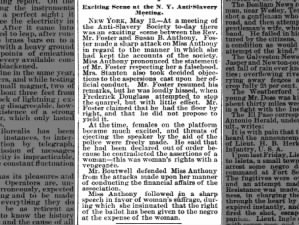 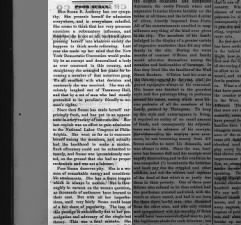 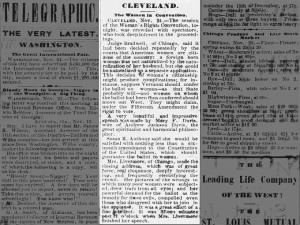 Anthony quoted saying she would be "satisfied with nothing less" than a women's suffrage amendment Fri, Nov 26, 1869 – 4 · The St. Joseph Gazette (St. Joseph, Missouri) · Newspapers.com 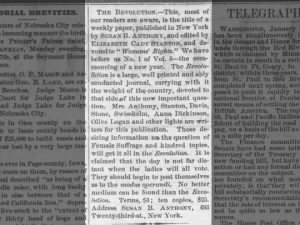 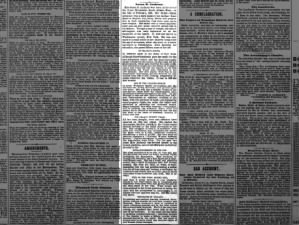 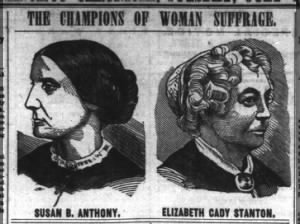 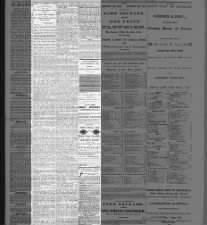 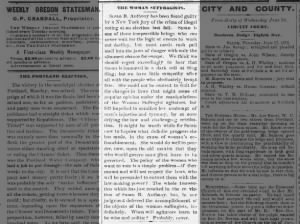 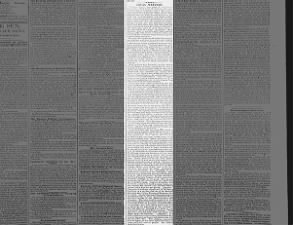 Summary of an 1873 speech given by Susan B. Anthony about women's citizenship and right to vote Tue, Feb 11, 1873 – 1 · The Baltimore Sun (Baltimore, Maryland) · Newspapers.com 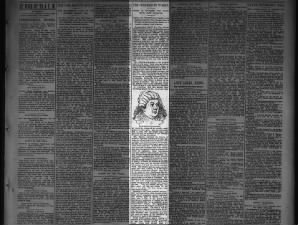 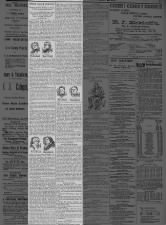 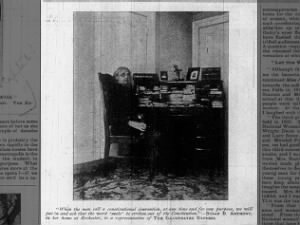 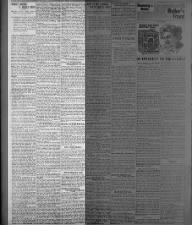 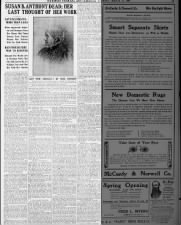 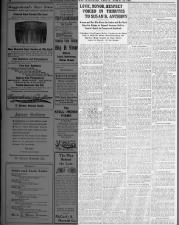