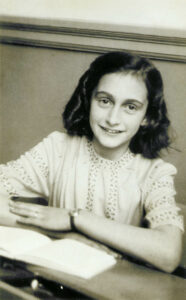 Anne Frank was a young Jewish girl whose diary, created over two years in hiding during World War II, has since become one of the most read memoirs of the Holocaust.

Annelies Marie Frank was born on June 12, 1929, in Frankfurt, Germany, the second daughter of Edith and Otto Frank. By 1934, the Franks had moved to Amsterdam, where Anne was a popular and gregarious student. Germany invaded the Netherlands in May 1940, and restrictions and deportations to extermination camps increased.

In July 1942, Anne’s sister Margot received orders to report to a German work camp. The family went into hiding the next day in a concealed attic apartment in Otto’s business building that Anne called the “Secret Annex.” Jewish business associate Hermann van Pels joined them a week later with his wife Auguste and their son Peter. Fritz Pfeffer moved in with the group in November. Employees smuggled food, supplies, and news into the secret house. All lived in constant fear of discovery.

Acting on a tip, the Gestapo discovered the annex on August 4, 1944. All eight inhabitants were arrested and sent to the Westerbork holding camp until September, when they were transported by train to Auschwitz-Birkenau concentration camp in Poland. Here the families were divided. Anne and Margot Frank were sent to Bergen-Belsen in Germany.

In February 1945, both Anne and Margot Frank contracted typhus in an epidemic that swept through the camp. Their exact death dates are unknown, but fifteen-year-old Anne died within days of her sister.

While living in the Secret Annex, Anne’s stories, essays, and feelings on people, love, war, humanity and identity went into a diary she’d received for her 13th birthday, a month before going into hiding. It was published posthumously as Anne Frank: Diary of a Young Girl by her father, the only one of the group to survive the camps. It has been translated into multiple languages and adapted for stage and film. The Secret Annex, made familiar to the world through Anne’s book, is now the Anne Frank House museum.

Learn more about Anne Frank through historical newspapers from our archives. Explore newspaper articles, headlines, images, and other primary sources below.

Articles and Clippings about Anne Frank 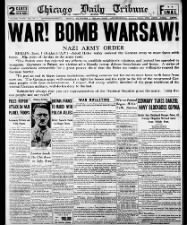 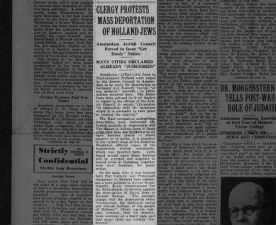 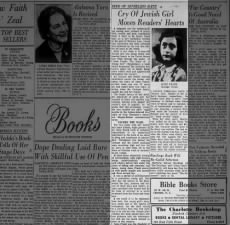 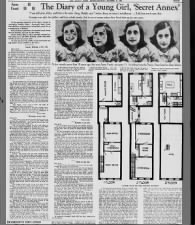 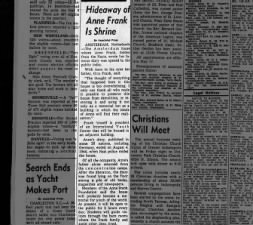 Hidden house where Anne Frank lived, wrote her diary, opens to the public as a museum, May 1960 Tue, May 3, 1960 – 30 · The Indianapolis News (Indianapolis, Indiana) · Newspapers.com 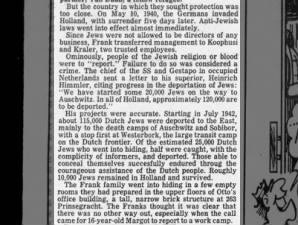 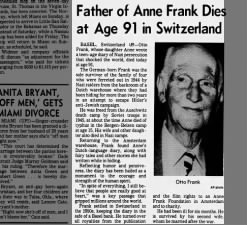 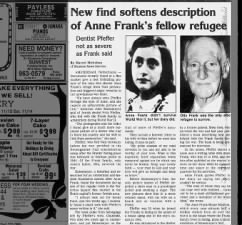 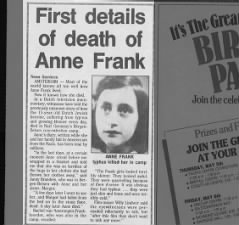 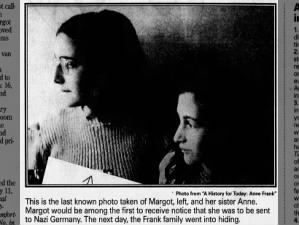 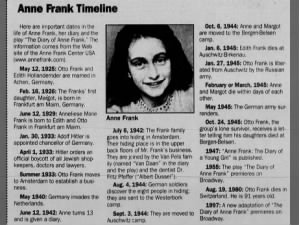 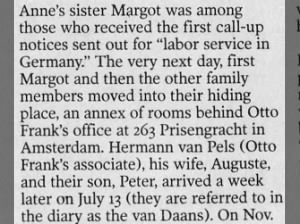 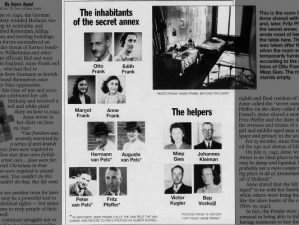 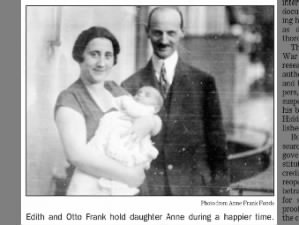 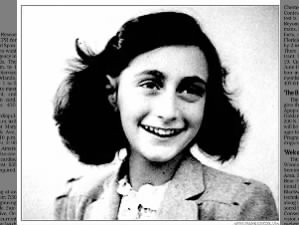