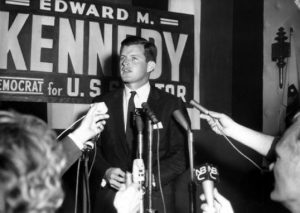 On July 18, 1969, Senator Edward “Ted” Kennedy accidentally drove a car off a bridge on Chappaquiddick Island, Massachusetts; he survived, but his passenger, 28-year-old Mary Jo Kopechne, died in the accident.

On the night of the incident, Kennedy and Kopechne left a party on Chappaquiddick Island together after 11 p.m. in a car driven by Kennedy. In the dark, Kennedy somehow drove the car off a narrow wooden bridge and into Poucha Pond, with the car landing upside-down in the water. Kennedy was able to escape, but Kopechne was not.

Kennedy reported that he dove into the water multiple times to try to save Kopechne but was unable to rescue her. He then returned to the party and alerted two friends, who returned to the scene of the accident with him, and they again attempted to rescue Kopechne, to no avail. Kennedy, however, did not report the accident to police until roughly 10 hours later. He attributed this time gap to concussion and shock, but others found the circumstances more suspicious and some suspected a conspiracy and cover-up.

Ted Kennedy was eventually found guilty of leaving the scene of an accident causing bodily harm, and his negligent driving was found to be the probable cause of the car accident, but he did not serve any jail time.

Learn more about the Chappaquiddick Incident through historical newspapers from our archives. Explore newspaper articles, headlines, images, and other primary sources below.

Clippings about the Chappaquiddick Incident 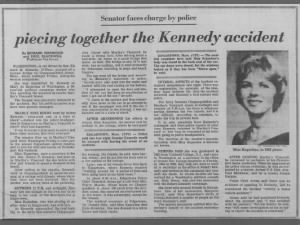 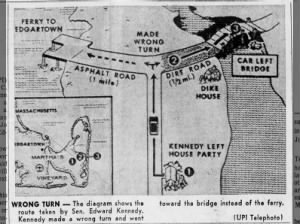 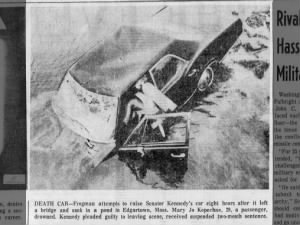 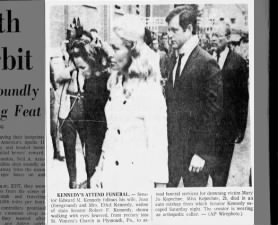 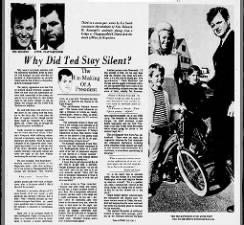 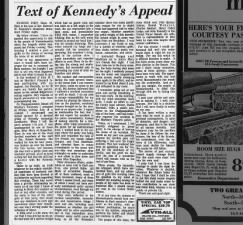 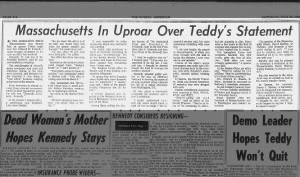 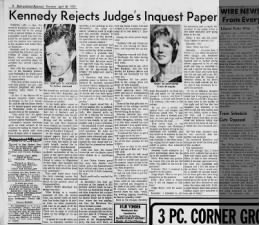 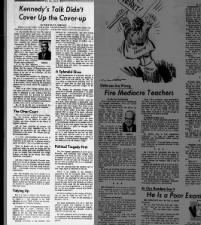 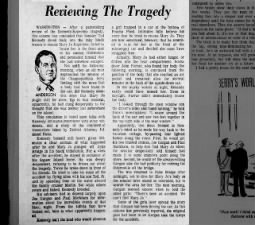