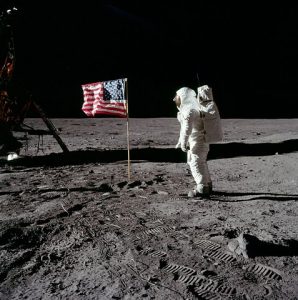 Buzz Aldrin salutes the U.S flag on the Moon during the Apollo 11 mission

On July 20, 1969, American Apollo 11 astronauts Neil Armstrong and Edwin “Buzz” Aldrin made history when they became the first people to walk on the moon.

Putting a man on the moon had been a national goal since 1961, when President John F. Kennedy identified it as an objective in a speech to Congress. The first unmanned NASA Apollo mission was conducted in 1966, and more missions followed to prepare for the lunar landing.

Apollo 11, the mission tasked with landing on the moon, launched on the morning of July 16, 1969, from the Kennedy Space Center in Florida–watched by millions of people. Aboard were Commander Neil Armstrong, Lunar Module Pilot Buzz Aldrin, and Command Module Pilot Michael Collins. All three had participated in space missions before.

The astronauts entered lunar orbit on July 19. With Collins staying behind to pilot the command module (Columbia), Armstrong and Aldrin entered the lunar module (Eagle) and descended to the moon’s surface on July 20. Armstrong exited first, with Aldrin following about 20 minutes later. Armstrong’s now famous quote upon stepping on the moon was “That’s one small step for [a] man, one giant leap for mankind.”

On the moon, the two astronauts planted a U.S. flag, collected lunar surface samples, took photos and videos, and deployed several scientific experiments. Out of the more than 21 hours they were on the moon, Armstrong spent about 2 ½ hours outside the lunar module and Aldrin spent about 1 ½. After the moon walk, the two men returned to the lunar module, lifted off, and re-docked with the Columbia.

Armstrong, Aldrin, and Collins returned to earth on July 24, splashing down in the Pacific Ocean and marking a successful end to the Apollo 11 mission. The astronauts became national heroes and were awarded the Presidential Medal of Freedom.

Learn more about the Apollo 11 Moon Landing through historical newspapers from our archives. Explore newspaper articles, headlines, images, and other primary sources below.

Articles and Clippings about the Apollo 11 Moon Landing 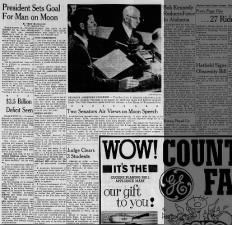 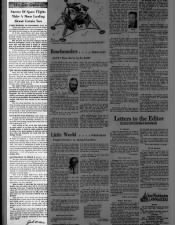 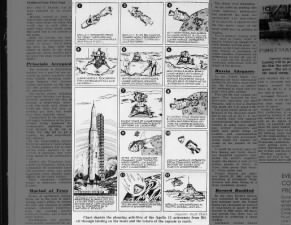 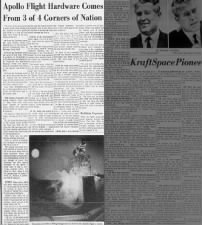 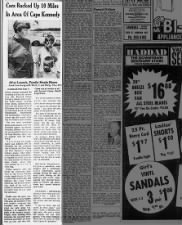 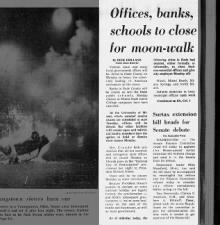 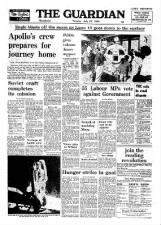 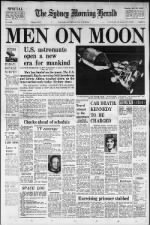 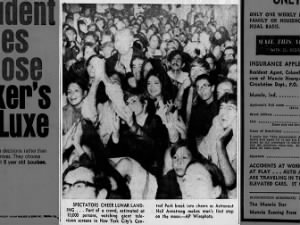 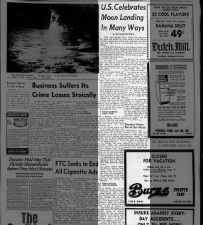 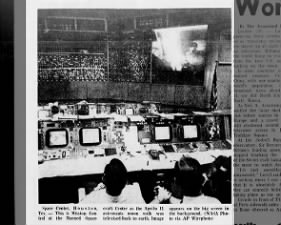 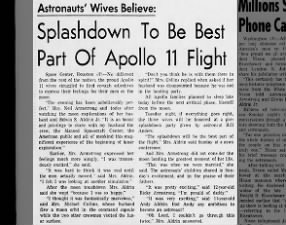 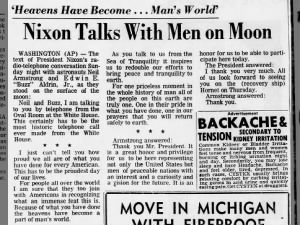 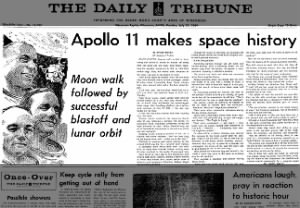 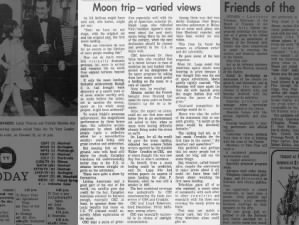 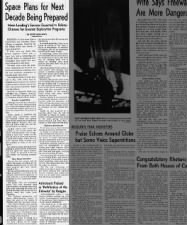 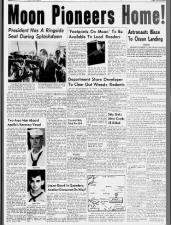