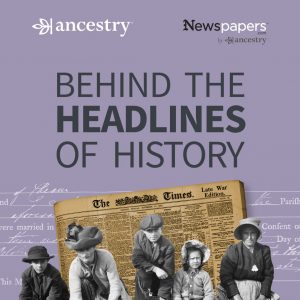 ‘Behind The Headlines of History’ podcast, Episode 2

In episode two, Michala tells the story of the colourful life and times of Old Jane Cakebread, who was making her 271st appearance before the North London Magistrates’ Court (as reported in the Huddersfield Chronicle and West Yorkshire Advertiser, Nov 1894) and Brad makes an impressive segue from a near drowning (covered by the Preston Chronicle and Lancashire Advertiser, 24 May 1851) to dentistry in the 19th century.

Then, this week’s ‘News In Brief’ articles cover a South London spectre and vandalism of a grassy nature!

Articles and Clippings from Episode 2: Old Jane Cakebread, A Near Miss and 19th Century Dentistry 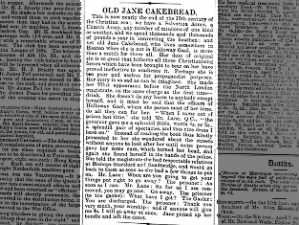 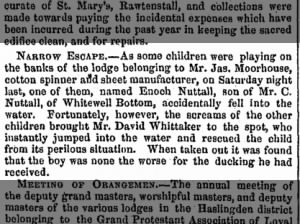 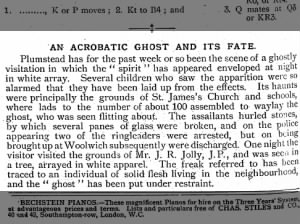 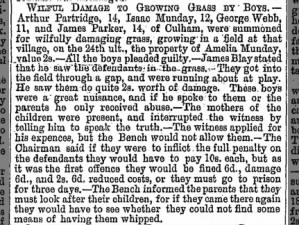